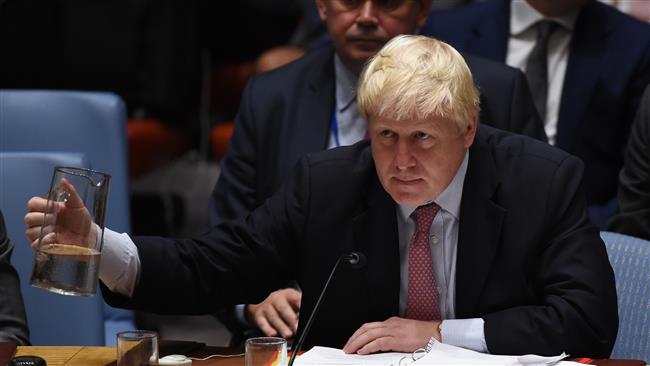 British Foreign Secretary Boris Johnson attends a meeting on September 21, 2016 at the UN in New York. (Photo by AFP)
British Foreign Secretary Boris Johnson has said London plans to begin the formal process for leaving the European Union (EU) early next year following the Brexit vote in June.
Speaking from New York on Thursday, Johnson told Sky News that Britain will trigger Article 50 of the Lisbon Treaty under which London can leave the EU after a two-year negotiations period.
“By the early part of next year, you will see an Article 50 letter which we will invoke and, in that letter, I am sure we will be setting out some parameters for how we propose to take this forward. You invoke Article 50 in the early part of next year (and) you have two years to pull it off. I don't actually think you need to spend the full two years, but let’s see how we go,” he said.
“We are going to benefit from fantastic opportunities for free trade with our friends in the EU,” he said. “It’s overwhelmingly in their interests…They’re not going to put that at risk.”
But the British Foreign Secretary said he does not think the full two years would need to be completed.
Earlier, British Prime Minister Theresa May held talks with President of the European Parliament Martin Schulz in London. Schulz has urged Britain to start Brexit process as soon as possible.
Last week, European Council President Donald Tusk said that Prime Minister May had told him the UK could be ready to begin talks by February. 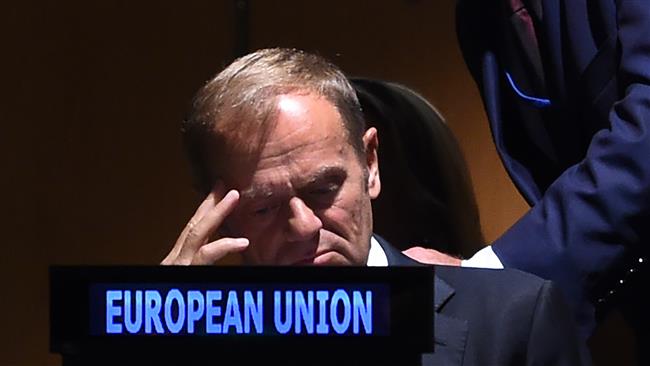 President of the European Council Donald Tusk attends the 71st session of the General Assembly at the United Nations in New York September 20, 2016. (Photo by AFP)
“She declared it is almost impossible to trigger Article 50 this year. But she said it is quite likely they will be ready in maybe January or maybe February next year,” Tusk said on September 16 after an informal EU summit in the Slovakian capital of Bratislava.
Tusk said the rest of the EU was ready to start negotiations tomorrow. “We are well prepared for negotiations and could even start tomorrow” but “our British colleagues need more time to prepare themselves.”
On June 23, some 52 percent (17.4 million) of British people voted to leave the EU after 43 years of membership.

Top 10 Sites to watch Telugu Movies O…
How to Develop an Educational App?
Don’t Forget to Brush Your Fur
Life Insurance for Pilots
India can be the epicentre of global …
Get more trending information on Jokpeme News - Europe,US,Middle East,UK,Asia,Africa, Latin America,Entertainment & World News