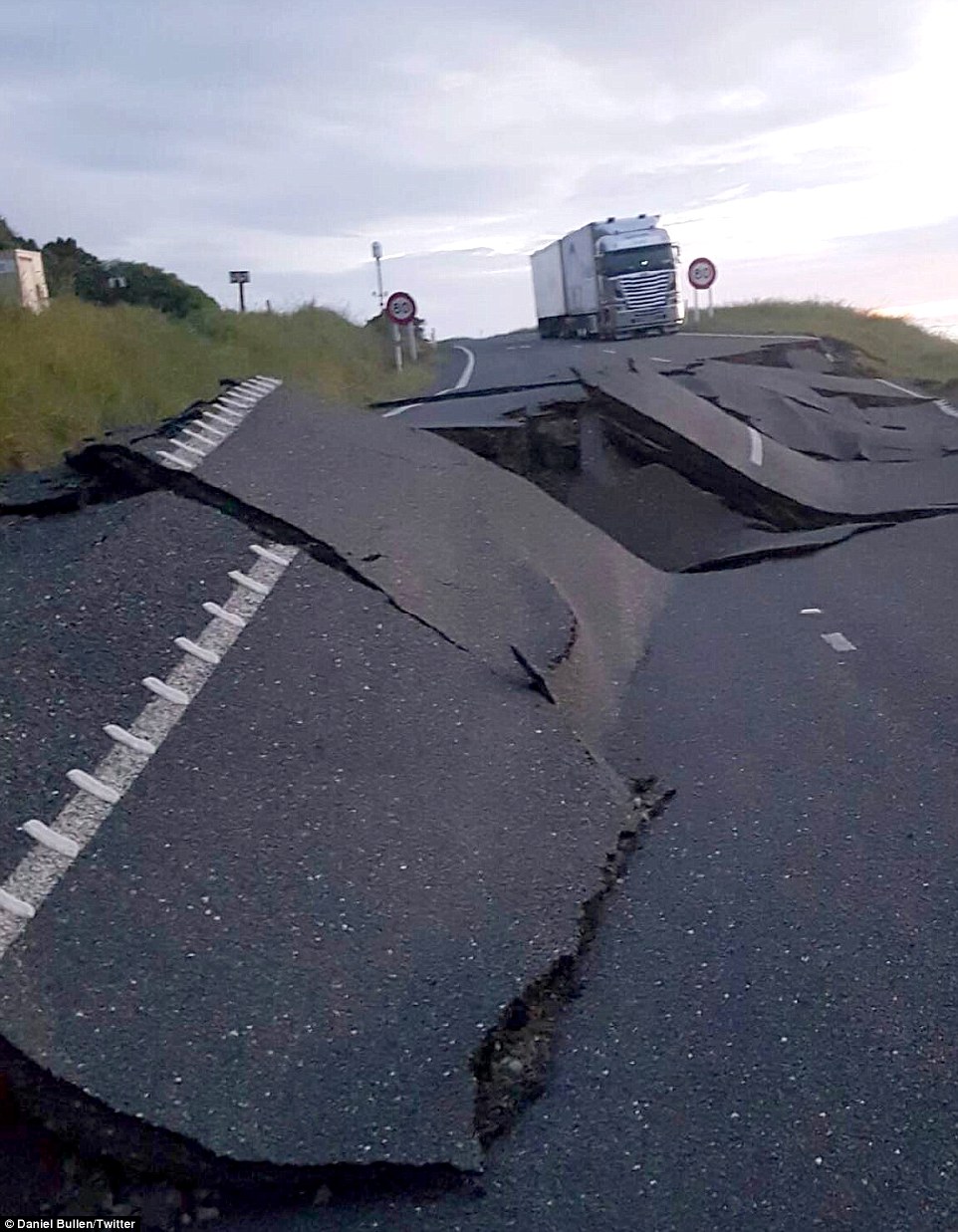 The severe quake, located 15 km north-east of Culverden on South Island, struck just after midnight on Sunday and was felt throughout the country, along with several powerful aftershocks.
The first wave of the tsunami arrived at Kaikoura just before 2am on Monday local time, according to the NZ Ministry of Civil Defence and Emergency Management.
At least two people have died, while there have been reports of looters ransacking houses shaken by the powerful quake. 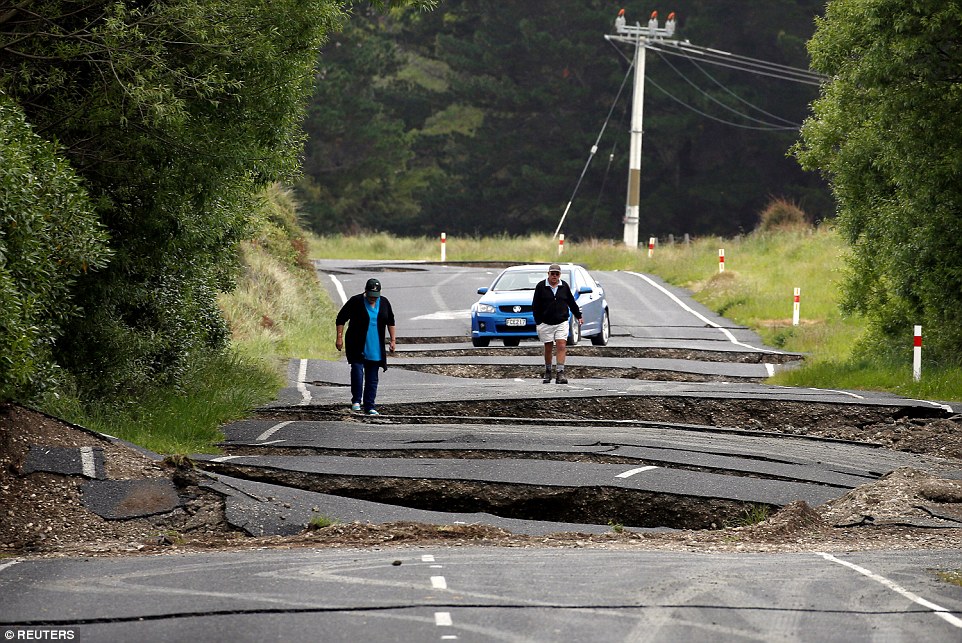 Prime Minister John Key confirmed the deaths of two people and said he had ordered a military helicopter to the Kaikoura region which has been cut off.
He said: 'We don't have any indications at the moment to believe it will rise, but we can't rule that out.'