The COVID-19 outbreak is ravaging the world. The human costs are rising day by day, and its social, Financial and Economic ramifications are already immense. By now it is clear that the pandemic will be remembered as a crisis comparable to the 2008 global financial crisis. The immediate Policy measures being taken are naturally focussed on health and hygiene, aimed at containing the spread of the virus and minimising deaths. But a coordinated international economic response is also imperative. 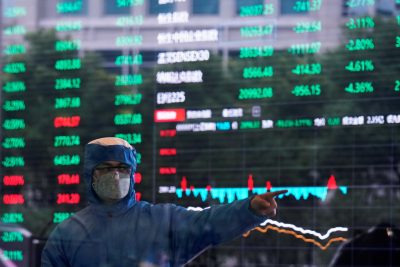 Since the containment of COVID-19 requires restricting human contact, economic activity is seriously affected. Suspensions of production, supply chain disruptions, a halt on business travel and tourism, avoidance of eating out and shopping, and the cancellation of music, sports and other events continue to impact economies.

All these factors will have a devastating effect on a broad range of industries, threatening the viability of many businesses. Households, particularly low socioeconomic households, are being threatened by a loss of employment and income. It is clear that an effective economic policy response is needed. Since COVID-19’s impact is global, there is a strong case for international policy coordination.

Shortly after the former US investment bank Lehman Brothers collapsed in 2008, G20 leaders met to discuss how to deal with the financial and economic challenges they were facing. They agreed on the ‘importance of monetary support’ and the ‘use [of] fiscal measures to stimulate domestic demand’. Major central banks cut their policy rates down to zero and supplied ample liquidity to restore financial market stability by expanding the scope of financial assets they bought. Fiscal stimulus measures were also implemented to fill the gap created by a sudden drop in aggregate demand. Similar concerted policy action must be called for now.

Reflecting on the experience of the global financial crisis, the G20 presents a key opportunity for governments to coordinate effective fiscal policies. Policy coordination was significant and of vital importance then and remains so now. In an open macroeconomic framework, a single country’s fiscal stimulus leaks to the rest of the world through increased imports and possible appreciation of the exchange rate. This tends to weaken the policy’s effectiveness, unless other countries take similar action simultaneously.

In contrast, monetary easing tends to weaken the exchange rate and thus is spared from leakage. It is in the interest of each central bank to ease monetary policy when hit by a negative economic shock. Hence, such action will be taken without any international coordination.

The same is true for the current situation. Central banks are already easing monetary policy on their own. What is needed now is an agreement among governments to use fiscal policy to minimise COVID-19’s economic fallout. Many governments are facing tight budget conditions and may be cautious about spending. Yet given the pressing circumstances, an international push may be useful to encourage governments to use their fiscal tools proactively. The G7 and G20 leaders’ statements produced in March both serve this purpose.

But there is a lot to consider when thinking about how fiscal policy is to be used. In the United States and Japan, proposals were made to dole out a sizable amount of cash to all households. And in Japan, some who were against the October 2019 consumption tax hike argued for its reversal or even its complete removal.

These are short-sighted, suboptimal policies. It is not the case that every household is being affected equally, nor is it true that each household’s ability to endure the present hardship is the same. There are already safety nets for unemployment and temporary income loss, so these targeted measures should be utilised fully, or strengthened if necessary.

It makes sense for governments to offer temporary support for the corporate sector as well. If viable firms are forced to go out of business and employment is lost due to the pandemic, it gives rise to a major deadweight loss to the economy. Measures to enhance firms’ access to credit or reduce tax burdens are being introduced in the United States, Germany, the United Kingdom, Italy and Spain. In Japan, the Financial Services Agency requests financial institutions to be flexible and forthcoming in responding to the funding needs of borrowers. The Japan Finance Corporation also offers subsidised loans.

When considering various policy responses, policymakers should note that the COVID-19 pandemic is bound to be temporary. Like previous outbreaks of Severe Acute Respiratory Syndrome and Middle Eastern Respiratory Syndrome, the threat of COVID-19 is likely to subside sooner or later, however serious the current situation is. Policy measures should not only be well-targeted, but also easily reversible.

When the pandemic is over, policies will need to be reversed and adjusted. The pandemic should not be used as a pretext for a populist fiscal extravaganza ahead of upcoming elections. That would result in COVID-19 leaving a lasting scar on public policy institutions.

Masahiko Takeda is a Senior Fellow at the Australia-Japan Research Centre, The Australian National University.

This article is part of an EAF special feature series on the novel coronavirus crisis and its impact.