The influx of Chinese economic assistance into Sri Lanka and Cambodia has raised questions regarding the intentions behind these massive loans. While China may still be considered a developing economy, its current strategy of providing soft power loans and aid to its regional neighbours is reminiscent of the tributary system that the country employed back in its empire days.

Trigger Warning: A Chinese Father Sav…
How do I learn massage?
Why Bitcoin Crashed – Is it Safe to I…
How Does the Fortinet Firewall Work?
Exclusive: Egyptian Fintech Startup N… 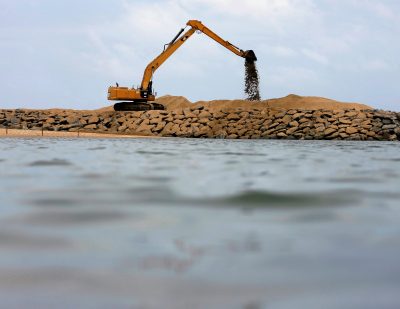 Cambodia is one of China’s closest international partners and diplomatic allies, as well as being well and truly under China’s economic and political influence. Cambodian Prime Minister Hun Sen recently described China as Cambodia’s ‘most trustworthy friend’. Similarly, Chinese President Xi Jinping described Cambodia as ‘like a brother’ when Cambodian King Norodom Sihamoni visited Beijing in June 2016. China is now Cambodia’s largest military benefactor and provider of development aid and foreign investment, having given about US$3 billion in concessional loans and grants to Cambodia since 1992.

Looking further afield, Sri Lanka’s growing economic engagement with China has also generated concern among scholars and policymakers. One side of the argument posits that China has made a positive contribution to the economic growth of Sri Lanka. China has provided Sri Lanka with over US$5 billion between 1971 and 2012. Most of this has gone into infrastructure development, with China investing US$1 billion into a deep-water port at Hambantota and billions into the Mattala Airport, a new railway and the Colombo Port City Project.

As a small country emerging from civil war, infrastructure is crucial in facilitating Sri Lanka’s trade and foreign investment sectors. The World Bank forecasts that Sri Lanka’s GDP growth is likely to grow from 3.9 per cent in 2016 to around 5 per cent in 2017.

Yet opponents see flaws in the China–Sri Lanka bilateral relationship. First, Sri Lanka has borrowed billions of dollars from China in order to build domestic infrastructure.  Sri Lanka’s estimated national debt is US$64.9 billion, of which US$8 billion is owed to China. This can be attributed to the high interest rate on Chinese loans. For the Hambantota Port project, Sri Lanka borrowed US$301 million from China with an interest rate of 6.3 per cent, while the interest rates on soft loans from the World Bank and the Asian Development Bank (ADB) are only 0.25–3 per cent. Sri Lanka is very deep in a debt crisis  or ‘debt trap’ as some scholars describe it.

Second, Sri Lanka is currently unable to pay off its debt to China because of its slow economic growth. To resolve its debt crisis, the Sri Lankan government has agreed  to convert its debt into equity. But the recent Sri Lankan decision allowing Chinese firms 80 per cent of the total share and a 99 year lease of Hambantota port caused public outrage and violent protests in Sri Lanka. In addition, Chinese firms have been given operating and managing control of Mattala Airport, built by Chinese loans of US$300–400 million, because the Sri Lankan government is unable to bear the annual expenses of US$100–200 million.

According to Brookings Institute visiting fellow Kadira Pethiyagoda, having access to the Hambantota port and Mattala airport provides Beijing with a strategic military position in the event of an Indian Ocean conflict and is also key for its ‘Belt and Road’ initiative. The growing Chinese influence may also compel Sri Lanka to support China’s position on the South China Sea dispute and ‘One China’ policy.

While Cambodia and Sri Lanka differ in terms of their geographic location, demography and pattern of strategic relations with China, there are some crucial lessons that Cambodia and other small countries can learn to avoid ending up in Sri Lanka’s position.

Cambodia needs to diversify its borrowing sources and critically consider taking loans from multinational donor agencies like the IMF, the World Bank, the ADB as well as other major countries like the United States and Japan. While the approval process would be slower, the wait is beneficial because these loans are attached to strict conditions of accountability, transparency and rule of law.

Cambodia must be aware that China’s influence in the country will grow as the loans increase. This is already evident, with Cambodia’s recent decision to unilaterally delay the Angkor Sentinel with the United States for two years and to ban the Taiwanese flag from being raised in Cambodia. Cambodia’s foreign policy seems to largely serve China’s political and diplomatic interests in the region while Cambodia’s own international reputation and soft power are eroding.

When borrowing from China, Cambodia needs to initiate the legal contract and detail the terms and conditions of the loans and aid in accordance with international standards. Cambodia will also need to diversify its foreign policy to include other countries and regional initiatives like ASEAN and the Greater Mekong Sub-Region Economic Cooperation.

But none of this will be possible until Cambodia resolves its own domestic priorities. This includes the elimination of corruption, cronyism, forced evictions, land evictions and the protection of human rights and fair elections. This will bolster support from the international community and counterbalance China’s dominant presence in the country.

Veasna Var is a PhD candidate at the University of New South Wales (UNSW), Canberra and Sovinda Po is a masters student at East China Normal University (ECNU), Shanghai.