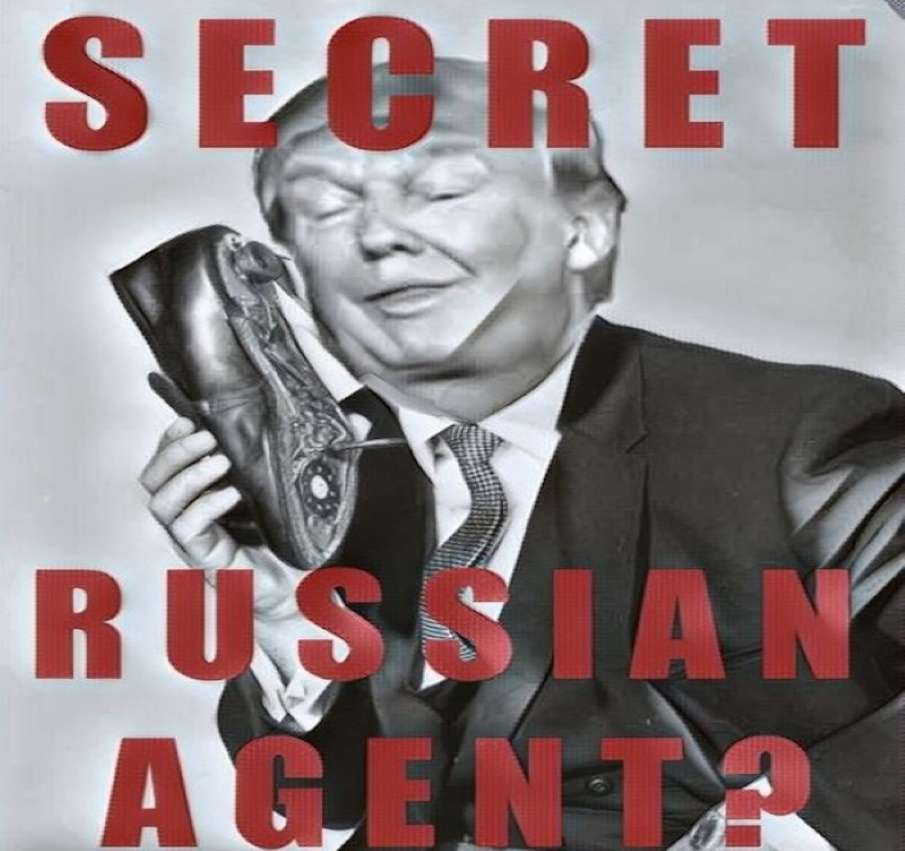 … and other whoppers the Media trolled Donald Trump with for the past four-plus years. Speaking of trolls, so-called “fact” checkers are advised that this is satire. That is “protected speech.” Look it up.

The Left and their media wingmen have decided that after four years of believing Russian Facebook ads interfered with the 2016 election, that it’s absolutely a “deranged conspiracy theory” for the president to question the odd results of the 2020 election and the way they were produced. If the shoe had been on the other foot, the media’s candidate, Joe Biden, would be lauded for his patriotism and fortitude between his ever-diminishing bouts of clarity.

When the media turned on the big-talking and sometimes bellicose New Yorker (see Andrew Cuomo) and began reporting that he was a suspected Russian secret agent, Trump flipped it right back, dismissing them as Fake News. They rewarded the big-talking candidate with – what do they like to say now? – oh, yes, giving agency to some of the biggest whoppers ever conceived of by reporters and their buddies over at the Lincoln Project, Hillary Clinton’s rumor-factory, and the DNC.

Let’s take a rambling trip down the memory lane of the Steele Dossier fever dreams, “highly placed sources,” and Rick Wilson’s fantasies, shall we? These are the 10 Biggest Conspiracy Theories leveled against Trump. These are not in any particular order.

Vladimir Putin cultivated, “supported and directed” Donald Trump years before he thought about running for the presidency. CNN kept this fiction going long after the IG’s report proved it’s a whopper.

This was the Russian hoax put forward, as we later found out, by Hillary Clinton using Russians to trump up oppo research and call it a “dossier.” The “Steele Dossier” was a series of memos told by a guy who later admitted it was drunken bar talk and sold to the media as evidence of kompromat to the gullible and unthinking Adam Schiff.

2. Trump ‘Colluded’ With the Russians To Win Trump the White House

Congressman Adam Schiff promised he had “evidence” of Trump’s “collusion” with the Russians to “intervene” in a “very close election” to propel President Trump to the White House. These claims were amplified by media, willing to believe that Trump threw the 2016 election, but unwilling to entertain the allegations of foreign interference in the 2020 election.
3.Trump Was Not Legally Elected and He Never Plans to Leave

Before the president took office, anti- and Never Trumpers declared themselves to be “The Resistance.” House Judiciary Committee member, New York Congressman Jerry Nadler, said that Trump was not a legal president and helped draw up impeachment articles before he was sworn in. Dozens of Democrats in the House boycotted his inauguration. And in 2019 Hillary Clinton proclaimed Trump an “illegitimate president.” So much for that whole peaceful transfer of power thing. The New Yorker fanned the flames of the Resistance by announcing that the president was initiating a coup and wouldn’t leave office for at least three terms.


Candidate Trump in July of 2016 joked in a news conference, “Russia, if you’re listening, I hope you’re able to find the 30,000 [Hillary Clinton] emails that are missing.” It was a rueful joke because the Secretary of State’s 33,000 emails, sought by the House Select Committee on Benghazi, on her personal server had been destroyed by her and her staff. Although Hillary’s email destruction gambit is often conflated with the DNC hack they are not the same thing. The hack of the Democratic National Committee’s emails, which were splayed on the web supposedly by Wikileaks, was allegedly done by Russian “GRU officers” via phishing emails. In fact, a declassified leak of a handwritten memo by then-CIA chief John Brennan revealed that it was Hillary Clinton’s campaign that began the Trump-is-a-Russian-spy story to draw attention away from her email scandal. See number one.
5. Donald Trump Paid Hookers to Urinate on a Bed Because … Obama

This was another Steele whopper. His “source” must have been really drunk by this time. The story was leaked to the press that...