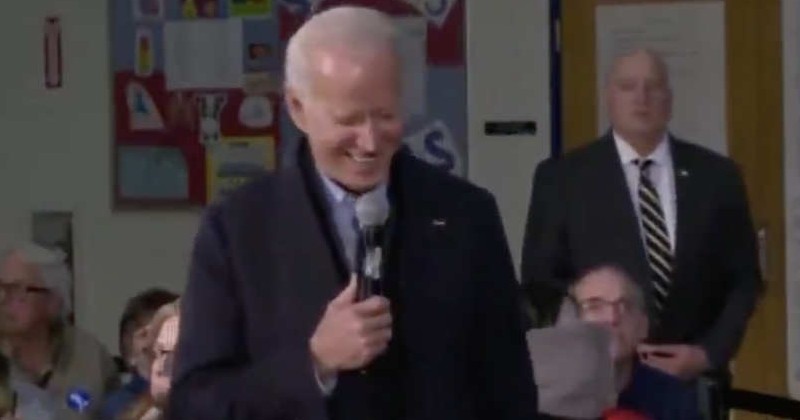 Democratic presidential candidate Joe Biden was confronted by a heckler last night who accused him of sexually assaulting children.

The exchange occurred during a campaign stop in Milford, NH.

The former Vice President first tried to shut down the heckler by asserting, “This is not a Trump rally.”

Heckler: "The truth is going to come out, buddy!"

“Well you know, this is a democracy,” responded Biden.

Another female heckler then yelled, “The truth is gonna come out, buddy!” to which Biden responded, “I hope it does.”

As the hecklers were leaving, Biden said, “We all know…” before trailing off and laughing to himself.

Biden’s inappropriate behavior around women and children has long been a source of speculation and embarrassment for...
Read More HERE