Was Robert Mueller Colluding With Russia? 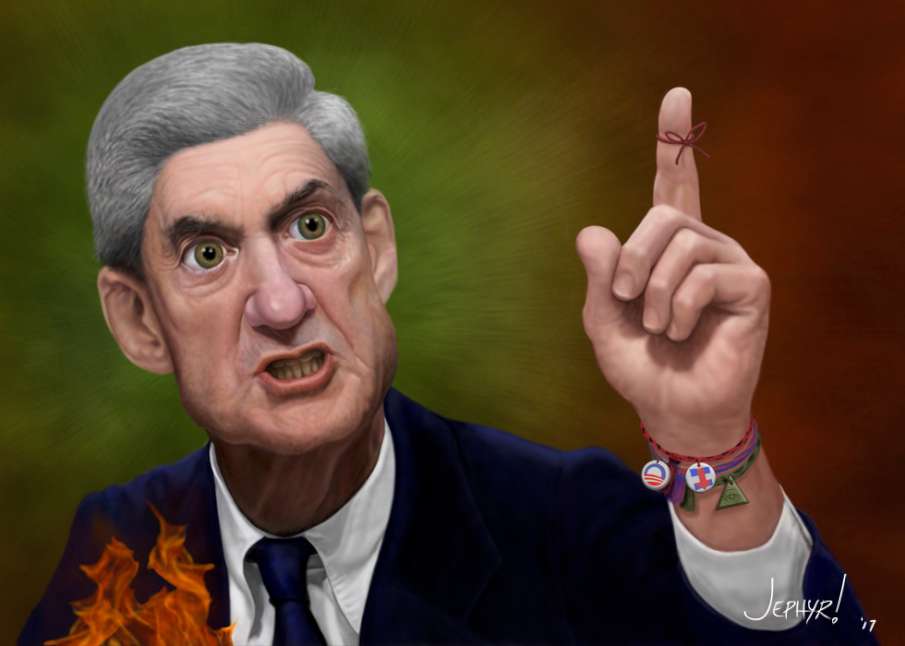 The Mueller Report was released last week. Undoubtedly it will be discussed much more than it is read. Many of the salient facts were already well-known, including Russian efforts to sow chaos and division among Americans during the 2016 presidential election using “active measures.” These sophisticated propaganda and narrative-making tools find their origins in the Soviet KGB.

Good health and fitness is worth figh…
Baroque Design for the Home
How to Make Number 13 to Your Lucky N…
Everybody wants me, so when do I self…
Exhibit D: Lipstick and rifles--Ukra…
While some are pleased to deem President Trump a potential Russian agent because of his stated hopes for better relations with Russia and his tongue-in-cheek calls for Russia to find Hillary’s missing emails, it was clear long before last week that the Russian influence and hacking operations were not directed chiefly to aid his election. One can assume that Russia, like nearly every other observer, presumed Hillary would win.
Consistent with this, the report states: “The [Russian Internet Research Agency] conducted social media operations targeted at large U.S. audiences with the goal of sowing discord in the U.S. political system.” Thus, they Created Fake Grassroots organizations “(with names such as “Being Patriotic,” “Stop All Immigrants,” “Secured Borders,” and “Tea Party News”), purported Black social justice groups (“Black Matters,” “Blacktivist,” and “Don’t Shoot Us”), LGBTQ groups (“LGBT United”), and religious groups (“United Muslims of America”).” The content suggests that Russia created fake grassroots groups (also known as “astroturf”) on either side of the divide to pick at the scabs of festering social controversies. This, in turn, would undermine national unity and the legitimacy of whomever was elected president.

What could possibly sow discord in the U.S. political system more than suggesting the president broke the law and stole an election by treacherously teaming up with a hostile foreign power? This was the essence of the charge made by former F.B.I. director James Comey, former CIA Director James Brennan, and their subordinates using the scandalous Steele dossier. This incredibly corrosive tale converted what were run-of-the-mill hacking and public relations operations, similar to those undertaken by many other nations—including the United States—into an act of war. Further, the dominant narrative (and even parts of Mueller’s report) obscured the fact that this was done without the consent, coordination, or even purpose of aiding one or another candidate.

The report also obscures the distinction of individual Russian nationals and the Russian government. Clearly, some of the influence operations originated in the Kremlin. But contacts with Russian nationals who claimed to have dirt on an opposing candidate have been deemed suspicious, in spite of the media and elite’s pretensions of cosmopolitan globalism, and in spite of the fact that these contacts were not coordinated by the Russian government.

They would never speak ill of such contacts with Chinese, Mexican, or Middle Eastern foreigners this way. Recall, how the media lost its mind over the death of the Qatari asset, Jamal Khashoggi, who was in the United States on a visa. Why was that foreign influence considered so humdrum?
The Investigation’s Pretext
Thus, the Russia panic always had an artificial feel. We are not at war with Russia. Our relations would be better, but for the instigation of domestic and European interests hostile to Russia’s traditionalism, Christianity, and nationalism. Yes, there are disputes about Russia’s muscle-flexing on its borders, whether in Georgia or Ukraine. And the intelligence community includes a great many “Sovietologists” who seem eager to go back to relive the 1980s, even while amorphous Islamic terrorist organizations have done the most damage since...

Was Robert Mueller Colluding With Russia?