Not Only Is Pope Francis A Communist, He is A Protector Of Pedopholes And A Liar... 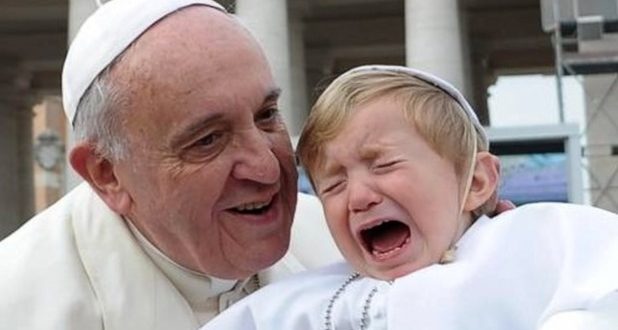 VATICAN CITY (AP) — Pope Francis received a victim's Letter in 2015 that graphically detailed how a priest sexually abused him and how other Chilean clergy ignored it, contradicting the pope's recent insistence that no victims had come forward to denounce the cover-up, the letter's author and members of Francis' own sex- abuse commission have told The Associated Press.

The fact that Francis received the eight-page letter, obtained by the AP, challenges his insistence that he has "zero tolerance" for sex abuse and cover-ups. It also calls into question his stated empathy with abuse survivors, compounding the most serious crisis of his five-year papacy.

The scandal exploded last month when Francis' trip to South America was marred by protests over his vigorous defense of Bishop Juan Barros, who is accused by victims of witnessing and ignoring the abuse by the Rev. Fernando Karadima. During the trip, Francis callously dismissed accusations against Barros as "slander," seemingly unaware that victims had placed Barros at the scene of Karadima's crimes.On the plane home, confronted by an AP reporter, the pope said: "You, in all good will, tell me that there are victims, but I haven't seen any, because they haven't come forward."
But members of the pope's Commission for the Protection of Minors say that in April 2015, they sent a delegation to Rome specifically to hand-deliver a letter to the pope about Barros. The letter from Juan Carlos Cruz detailed the abuse, kissing and fondling he says he suffered at Karadima's hands, which he said Barros and others saw but did nothing to stop. 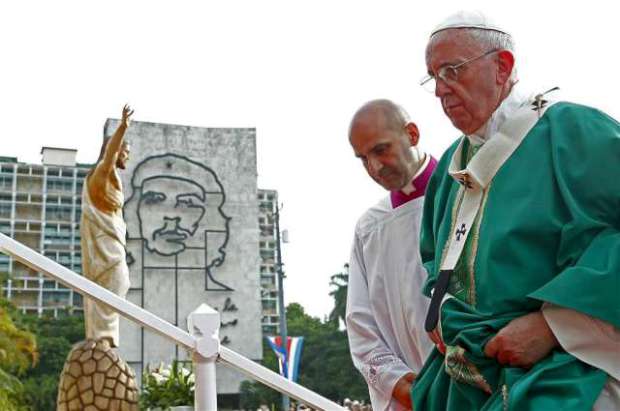 Four members of the commission met with Francis' top abuse adviser, Cardinal Sean O'Malley, explained their concerns about Francis' recent appointment of Barros as a bishop in southern Chile, and gave him the letter to deliver to Francis.  "When we gave him (O'Malley) the letter for the pope, he assured us he would give it to the pope and speak of the concerns," then-commission member Marie Collins told the AP. "And at a later date, he assured us that that had been done."
Cruz, who now lives and works in Philadelphia, heard the same later that year.

"Cardinal O'Malley called me after the pope's visit here in Philadelphia and he told me, among other things, that he had given the letter to the pope — in his hands," he said in an interview at his home Sunday.

Neither the Vatican nor O'Malley responded to...
Read More HERE

Why Should You Visit Russia? 25 Cool …
How come so many Christians don’t rea…
5 Best Back Shavers: Buyer’s Guide & …
Baker Ross – More Easter Fun Ideas
Will Smith’s Daughter Wrote A Letter …


This post first appeared on 90 Miles From Tyranny, please read the originial post: here
People also like
Why Should You Visit Russia? 25 Cool Things to do, Where to Stay, Things You Need to Know & MORE
How come so many Christians don’t really know God?
5 Best Back Shavers: Buyer’s Guide & Detailed Reviews
Baker Ross – More Easter Fun Ideas
Will Smith’s Daughter Wrote A Letter To Tupac, “My Mommy Really Misses You”
13 Ways on How To Improve Memory Recall
Rehab your Shoulder to Stop Chronic Pain
Breakup & Heartbroken - Motivational Video

Not Only Is Pope Francis A Communist, He is A Protector Of Pedopholes And A Liar...