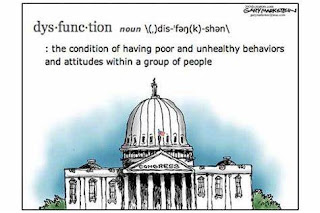 I'm starting the first day of May off by thanking the 47,567 visitors who stopped by this blog in April.

I look forward to seeing you again this month, and (hopefully) many new visitors. If you'd like to contact me my email is: [email protected]

Let's play in the mud for awhile, and look at some of the Dirty Tricks, lies, and corruption that are an everyday story in the Trump era:

* Two of the most notorious smear merchants in politics tried to frame presidential candidate Mayor Pete Buttigieg, but they failed. Urged on by Jacob Wohl and Jack Burkman, a young man initially agreed to make accusations that Buttigieg sexually assaulted him.

Apparently the young man had a conscience, because he not only backed out of the scheme, he confessed on Facebook that he was tricked, enticed, and even intimidated to go along with the conspiracy.

* A combination of corruption, competing ideologies, and a "boycotted" Congress has millions of Americans struggling to meet health care needs. Related story: A dying man told Congress: 'GoFundMe is not a health care plan.'

* Congratulations go out - from George Conway - to our liar in chief for reaching his 10,000th lie since he took office.

Example: Anti-Semitic assaults in the U.S. more than doubled in 2018.

I think that's enough for today. I don't want to overwhelm you.