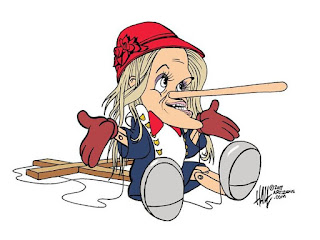 If you missed seeing Sarah Sanders and Kellyanne Conway yesterday on the Sunday pundit shows from Fox to ABC, you missed epic examples of propaganda at its best. 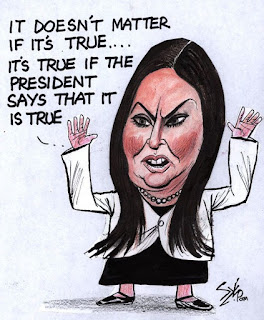 After carefully evaluating (with periodic vomiting during the process) the amount of lies; how passionate they were; their ability to divert and control interviews; and to defend Trump's lawbreaking; I finally decided that Conway was the Best Trump Minion representative for Sunday 4/14/19.

Conway won Bullshit Bragging Rights according to my results. The competition was fierce (especially when Sanders was on Fox.)

Don't get me wrong. Sander's was such a close second, I almost declared a tie. See what you think:

Here's Conway on Meet The Press

Here's Sanders on ABC This Week

Forgive me...I probably should have warned you to keep a barf bag nearby while viewing their competition.

How To Find Your Purpose And Passion …
Merry Christmas and Mahatma Gandhi
Bitbay to Break Relations with Monero…
Four Things Jesus Says About a Discip…
My name is Dave Stancliff. Walk down the road of life with me each day. You'll find news, reviews, opinion pieces, art, fiction, music, and revealing slices of my life daily.