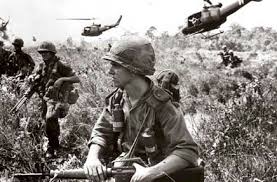 I never published this novella. Reader feedback would be helpful. I might even try to if there's enough interest.
By Dave Stancliff
Prologue: 1976 Humboldt County, California

When he woke up his arms ached. He was lying on his stomach somewhere in a dark place. A basement? Minutes crawled by as his brain attempted to clear the fog clinging to it since he opened his eyes.
Dawning awareness. His fingers dug into dirt. Soft, wet, smelly. Odor of decay. Not buried in it. Lying on it. His body pressed up against it. His arm muscles were spastic snakes, stilling his movements. He waited for them to settle down.
Alive. In pain, but alive. What happened? He raised his head slightly and felt a gentle breeze. His eyes, growing accustomed to the darkness, revealed he was under a house. He had no idea whose house. He could just make out some porch steps. Irregular rows of lattice-work lined the house perimeter. There were several broken openings.
What was he doing here? The thought paralyzed him. No memory at all. There had to be a reason why he was under this house. Who was he hiding from? More important, who was he? He didn’t even know his name. Or, how long he’d been lying there. More pain. Bright lights went off behind his eyes like slivers of lightning. His head sank back onto the cold earth. Throbbing. Suddenly a thunderous roar and muzzle flash, and his hip exploded in pain!
“I’ve got you now you son of a bitch!” A voice roared. He rolled over, off the wounded hip, and wondered what terrible thing he must have done to deserve an ending like this?