IPL-2022: As We Bid Goodbye To MI And CSK The Bairstow-Livingstone Blasts Save PBKS From Us! 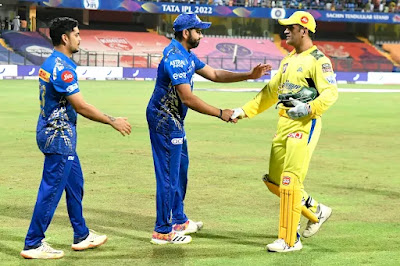 Putting ‘goodbye’ in the headline could have more significance than perhaps you can possibly imagine; of course, the very few who ‘read’ these pages must have understood. Yes, we’re referring to the Goodbye post a few days back. However, that apparently painful post did not contain any kind of commitment or decisive action on the part of the writer which is significant in light of some famed international cricketers saying quits to the game through public announcements and then coming back again as if nothing was the matter. Therefore, that ‘goodbye’ meant nothing to the public, even if it could’ve hurt this writer a lot since he’s been rather harassed four times in the last four months for the purportedly suspicious visitors to the site who never read, but don’t care to go on a sabotaging rampage. Out of a morbid fear I've stopped posting my links on the social media too. What a pity! But still, why should I care who read and not read but try to damage! This site is very dear to me and it’s not at all surprising that cricket has changed the ‘goodbye’ to ‘welcome again’! The last league match between Mumbai Indians (MI) and Chennai Super Kings (CSK) last night acted like a gamechanger for me, if not for IPL-2022 or cricket.

The MI, already thrown out of the IPL play-offs, started nonetheless with a vengeance igniting fiery spells by Daniel Sams taking two scalps in the very first over of the match, then going on to take his third in the fifth over and joined in by an equally lethal Jasprit Bumrah, a tad too late for his team, who took one, thus reducing CSK to a shaky 17/4 from the scary start of 5/3.

Why this vengeance? Well, perhaps it has everything to do with the reinstated CSK captain MS Dhoni or MSD who, in fact, literally threw MI out of Contention reliving his role of the Finisher on 22nd April, at a time when the ‘home’ franchise was desperately looking for its first win after losing six on the trot. CSK could never recover from this nightmare last night, getting all out for a pitiful 97 which is CSK’s second lowest score in IPL history. Although MI captain Rohit Sharma failed once again his team managed to win the match by 5 wickets. Most significantly, this MI win now threw MSD’s CSK out of contention for the play-offs. And therefore, we bid goodbye for the five-time Champs MI and the defending Champs CSK.

Gujarat Titans (GT), the titanic newbie, became the first team to seal a play-off spot with 18 points followed by the second newbie Lucknow Super Giants (LSG) with 16 points. With MI and CSK out of contention and LSG almost in needing to win one out of the remaining two Matches, there are still six teams still in contention for at least two of the four play-off spots, and every one of them needing to win all their remaining matches to form probable locked-in situations with 16 or 14 points each when the net run-rate comes in as the decider. Of course, Rajasthan Royals has a better chance at 14 points with two matches to go. Sunrisers Hyderabad (SRH) is the only team with 3 matches to go and at 10 points, losing all the last five matches on the trot after a resurgence. 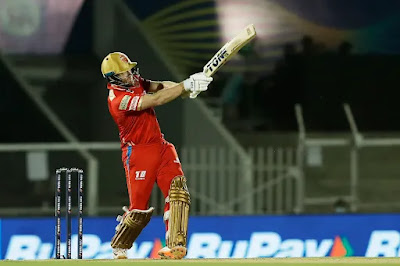 The Royal Challengers Bangalore (RCB) had 14 points with two Matches Left and tonight they have faced the Punjab Kings (PBKS), still in contention at 10 points with three matches left, hoping to get the precious two points to virtually secure its spot. However, put into bat the PBKS’s opener Jonny Bairstow blasted away with incredible 7 sixes and 4 fours in his innings of 66 runs off just 29 balls (scored his fifty in 21 balls). The other Englishman in the team, Liam Livingstone, followed him religiously, blasting 70 runs in 44 balls with 5 fours and 4 mammoth sixes. The English duo thus ensured their team score beyond 200, and all others fought hard to finally score 209/9, setting a target 210 in 20 overs which looked beyond RCB despite du Plessis, Kohli, Glen Maxwell and Karthik. For RCB, fast-bowler Hazelwood suffered the most conceding 64 runs in his allotted 4 overs. Finally, PBKS won the match by 54 runs and joined the Delhi Capitals (DC) at 12 points each and two matches remaining for each. RCB has one last match and a tough one too against the No.1 GT on 19th May to get to 16 points that could possibly give them a spot in the top four.


This post first appeared on Our Funarena!, please read the originial post: here
People also like
NBA Jam Game Comparison
How come so many Christians don’t really know God?
Tekashi 6ix9ine Gets Punched In The Head Inside Miami Nightclub, Right In Front Of His Goons
30 Epic 50s Hairstyles for Men That Are Popular Again
Thrilling Guided Tours on Bicycle of South New Zealand
The Best Romantic Honeymoon Destinations in the United States
8 Steps You Can Take to Empower Your Workforce

IPL-2022: As We Bid Goodbye To MI And CSK The Bairstow-Livingstone Blasts Save PBKS From Us!