Covidiots Threatening Another Wave Of COVID-19 In India? 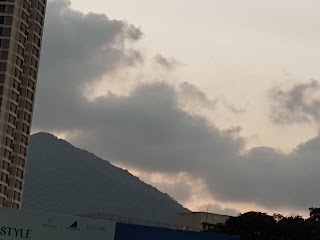 We must first clarify the fact that the term ‘Covidiots’ is a very inclusive one: it not only includes the vast chunks of the citizens representing all the sections who move or eat or gather around in total defiance of all Covid-19 norms, but also the members of the political class who propagate or preach or campaign or oppose or electioneer in total violation of the protocols imposed by themselves on the former in the form of various enforcing governments and authorities. In fact, the latter seems to have inspired the former; ‘if our masters are so blissfully peaceful and normal then why at all should we break our heads?’ Further, the term is also not confined to India only as quite a few nations across the world have demonstrated the possession of such Covidiots in abundance. However, the latter examples should never inspire us, because we are beset with a whole lot of problems that are unique to us and not to them.

It’s really unfortunate that the governments and the authorities in India have been forced to impose fines and penalties on the Covidiots for not wearing masks, not following hand hygiene and social distancing, excluding the ones belonging to the governments and the authorities themselves. Despite being exposed to the antics of the COVID-19 virus, always described by experts as very clever and a fast-mutating one, these people still seem not to understand the importance of keeping the pandemic at bay, after suffering through periods of lockdown and restrictions that impacted the citizens the most. A distinct flattening of the Indian COVID-19 curve during December ’20 and January ’21 is now being threatened by the combined ‘idiocy’ of all the concerned.

Further again, most of the Covidiots are also vaccine hesitant, they don’t even believe in the necessity and the prevention-efficacy of the vaccines that have come to us so fast thanks to the incredible work done by the medical scientists. And, the ‘idiots’ in the political class have also been sitting idle, not doing enough to squash the apprehensions and the vaccine-doubts in the minds of the people. As a result perhaps, the overall rate of vaccination in the country has been painfully slow.

That India has taken nearly two months to add one more million to its total COVID numbers, now crossing the 11-million mark, in contrast to the earlier one-month period stands bleakly without any ‘headline’ importance due to the spikes in numbers over the last few days, despite the persisting ‘chest-thumping’ indulged in by the central authorities. With the forthcoming assembly elections in five states things look to deteriorate further.

It has been a curious case of the Indian pandemic fight that the infections at the beginning during March-April 2020 occurred mostly in the states of Kerala and Maharashtra kicking in a peculiar kind of competition between the two states: one showing escalation of infections for some time exceeding the other state’s numbers and then controlling it with success, numbers falling behind the other state. This kind of ‘competition’ is going on even now. In the recent weeks the total infections in Kerala have been escalating unabated while Maharashtra including Mumbai has been witnessing consistent fall; and in the recent days Maharashtra has taken over Kerala in terms of daily infection numbers. However, the almost uncontrollable spread in these two states can be explained quite easily, both being highly internationally-connected states with huge chunks migrant population across the nations of the world and even within the country, and also the high rates of urbanization and development in both states, apart from the large size of Maharashtra.

Faced with the recent escalation of cases, the Chief Minister of Maharashtra, Uddhav Thackeray, appealed to the citizens and also the political class to follow the basic three norms, masks, hand hygiene and social distancing, and tossed it to the public: will give you around a week to show restraint and fend off the lockdown scare, you decide if you want to suffer from lockdown again or to finally progress toward a much-awaited normalcy. He imposed lockdown in the most affected district of Amaravati and restrictions like night curfew or partial lockdown in other districts. The Chief Minister also declared a ban on large political/social/religious gatherings and hefty penalties/raids on violations all over the state. The Covidiots, particularly in the financial capital of Mumbai, must learn from this showing willingness for the general sake and also to benefit from mankind’s incredible discovery of the COVID-19 vaccines.

Therefore, at the moment only a two-pronged strategy involving the Covidiots can check another threatening wave of the pandemic: following the three norms strictly and religiously, and coming for the vaccination in large numbers, assuming that the central government takes it urgently to accelerate vaccination initiating a public-private joint venture.

Covidiots Threatening Another Wave Of COVID-19 In India?