India started their tour of Australia in 2018-19 too from November 2018 to January 2019, and created history by becoming first Asian cricket team to beat Australia in a Test Series in Australia. They also became only the second team of the world to beat Australia in Australia in both the formats of ODI and Test. The first test of that series too started in Adelaide in December and in that cracker of a match India won by 31 runs, one of their slenderest of victory margins. Australia won the second test in Perth by 146 runs, and India sealed the series 2-1 by winning the third test in Melbourne by 137 runs with the last match ending in a draw in Sydney. Then they went on to win the ODI Series 2-1 too. Under Australia’s split captaincy regime for different formats Aussie wicket keeper Tim Paine was the captain in the Test series and Aaron Finch captained the Aussies in the ODI and T201 formats, and they met Virat Kohli as the all-format Indian skipper. The rivalry remains the same this time, only with the exception that Virat Kohli is going to go home on paternity leave after the Adelaide test. But India have the advantage of the previous triumph behind them.

The major difference this time is obviously the pandemic cricket new normal with empty stadiums and a strict regime of bio-bubble which means that all members of the teams will have to stay put in their hotel rooms except for the designated bus trips to the stadiums for practice sessions or matches, no mixing allowed with anyone, no group meetings and players cannot even dine with their team mates. Now, this means that the Indian players have been continuously under bio-bubble since the IPL-2020 in September after which they were airlifted to Australia on 10thOctober to be put under a mandatory 14-day quarantine in Sydney and then to continue under bio-bubble till January 2021. Nearly five months of isolation is bound to affect the mental preparation of the visiting players. However, this factor is also applicable to the Australian players most of whom were also in the IPL-2020, of course, with the exception of having a brief but precious exposure to their home environs. Besides, there will be players for both sides who have joined afresh.

In the Adelaide Test of 2018 Cricket Australia had proposed the day/night pink ball match, but the BCCI rejected the idea due to lack of preparation at that juncture, and then the latter organized the first ever pink-ball day/night Test in November 2019 in India, in Kolkata against the visiting Bangladesh side. This time in Australia, the first Test in Adelaide is set to be a pink-ball affair from the 17th of December. All the factors, swing or no-swing or reverse-swing or the ‘twilight behavior’, will be in full display one more time. With the COVID-19 situation in Australia easing off nicely at the moment the earlier uncertainties about this match are more or less set at rest.

The main architects of India’s maiden series victory in Australia in 2018-19 among others were the Indian pacer-trio: Ishant Sharma, Jasprit Bumrah and Mohammad Shami, with bits of spinner Ashwin, and the towering batting performance of Cheteshwar Pujara who amassed 550 runs in the four test matches. Uncertainty of Ishant’s fitness continues, but still India have the likes of Bumrah, Shami, Umesh Yadav, Navdeep Saini, Mohammad Siraj to that of Australia’s Pat Cummins, Mitchell Starc, Josh Hazelwood, Cameron Green and so on. Ashwin would most probably figure in the final eleven. Cheteshwar Pujara is also there and his form will be of crucial importance. Uncertainty about the fitness of wicket-keeper Wriddhiman Saha who created a storm as an opener in IPL-2020 and then unfortunately got injured also continues.

Injured Rohit Sharma has been included in the Test squad and his presence will be significant in the absence of Virat Kohli for the remaining three Tests. Ajinkya Rahane, with proven captaincy records, will be captaining the Indian team from the Boxing Day Test in Melbourne. Previous statistics also do not support the fears that in the absence of Kohli India perform dismally. No doubt, his absence is set to be a huge psychological advantage for the Aussies who would dearly want a sweet revenge for the loss in 2018-19. India’s tremendous depth in batting has been acknowledged internationally, and with the added advantage of world-class pacers, apart from the classic spinners, India is a formidable side to any opponent. Australians know this well, and therefore, they have been rather cautious so far, not indulging in their usual mind games prior to the contest. 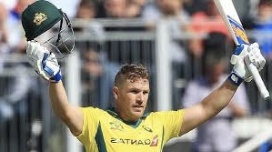 Two of the traditional archrivals of world cricket will unfold the show with the first ODI to be played in Sydney on 27th November, the next also there on 29thand the third and final ODI in Canberra on 2nd December. The three-match T20Is unfold from the 4th of December. And then the 4-match Test Series. The day/night ODIs will start from 9.10 am Indian time; the night T20Is will begin from 1.40 pm Indian time; the day/night Test starts daily from 9.10 am while the three day-Tests start daily for 5 am Indian time. All the matches are to be telecast live by Sony Pictures on its TEN 1, TEN 3 and Sony Six channels. So then, the epicenters of the great expectations, cheers and support of the fans are to be their homes, exclusively this time. The anticipated excitement would definitely be able to neutralize some of the gloom generated by months of new normal times. Cheers! 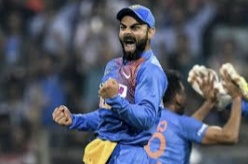