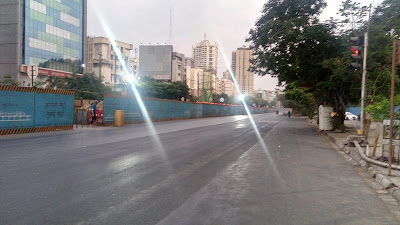 Prime Minister, Narendra Modi, in his second address to the nation, last evening declared a 21-day lockdown in the whole of India effective from midnight of 24th March, 2020—perhaps the biggest in human history. He emphasized that this is the only way to combat as deadly and fast-spreading a virus as the novel Coronavirus COVID-19—the intensity of the pandemic can at best be controlled or delayed only by this tactic. The Prime Minister also invoked the National Disaster Management Act so that Government of India declaration is binding for all the states and union territories of the country. The ‘Big Modi Move’ had been anticipated after his first address on the evening of 19th March when he appealed to all for observing a public curfew on the coming Sunday making it clear that he wanted his countrymen all-ready for any action in the coming weeks. Now, all of the 1.3 billion-strong population has been asked or rather ordered to stay indoors, for their own safety and for the larger interests of their country.
In fact, more than 30 states and territories of India had already declared lock-downs during 20-23rd March with a few more joining the lock-wagon from last evening and all forms of public transport closed already throughout the country, thus paving the way for a total national closure. A few hassles are there, of course, regarding the ‘execution’ of the lock-downs owned by either a state or the Government of India: for example, in one or two states ‘curfew’ has been declared till 31st March and how this is going to change vis-à-vis the national lockdown is not at all clear. Under ‘curfew’, as per the regulations, essential services are available only during its ‘relaxations’, and this effectively means that the concerned police forces can prevent all services ‘essential or exempted’ or not, like preventing a person from visiting a certain place for a certain purpose or preventing delivery boys from home-delivering online booking errands or order shutting down of ‘shops for essential items like vegetables, grocery and the like’ at any moment during the operation of curfew. Such a confusing state of affairs has been unfolding in the State of Maharashtra at the moment. Since ‘stay at home’ was all-important the government of India had, from the beginning, allowed e-commerce with online booking and home delivery. Now, due to police action or obstruction delivery boys are being prevented and consequently online giants are closing down their operations causing great hardships to citizens, particularly the elderly couples, in accessing their basic needs.
One more unfortunate scenario is presenting itself in rather a revolting way. While the Prime Minister appealed to all citizens to pay tributes to the ‘Coronavirus Warriors’ people in some neighbourhoods are asking doctors/nurses/media persons to vacate their rented houses or live away from their families due to the fear of infection. This horrendously unwarranted mentality shows the Indian hypocrisy inherent in all types of supposed ‘stay-united campaigns’.
To add to the horrors a racial/ethnic tinge has also been given to the virus through relentless propaganda against a country where the virus first struck, and any persons, living in any other part/region but resembling in appearance those in that country, are being abused or ostracised or harassed. All such narrow-minded selfish extrapolation must be rooted out to make the fight against Coronavirus effective and successful. We appeal to all organizations/authorities/governments of the world to desist from all such propaganda creating an atmosphere of hatred amid arguably the biggest crisis facing humanity ever. COVID-19 is a universal strain of the Corona virus that could affect/attack any race of the Homo sapiens existing on this Planet Earth, and is not a specific race or ethnicity oriented disease. 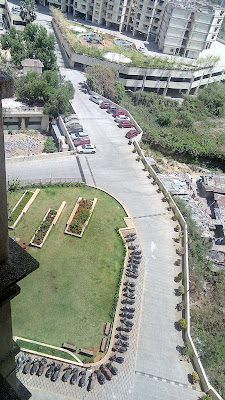 The uncertainty persists still with no answer to our earlier question ‘what lies beyond...’ with sprees of death striking Italy, Spain and the USA ominously again today. India has been trying its best to prevent such a scenario through a long planed-out procedure of control and preparation. The health infrastructure of the country also doesn't compare favorably with either of the countries cited above, and this makes it imperative that the virus is kept in control. The new deadline for India is 14thApril, 2020. Rather than hoping against hope we’d better hope for the best.

Wuhan Weather Report
Can CBD Be Used to Fight Coronavirus …
Everybody wants me, so when do I self…
طريقة عمل أرز كنتاكي
Indian History Notes PDF in Hindi 202…