The Chief of Army staff,Lt - Gen Tukur Buratai has has condemned the Killing of Soldiers and airmen who was sent to raid bosso,in Niger state were  ambushed and killed  by suspected gun runner.

Killing soldiers especially when on duty is unlawful and condemnable, this situation will not deter the military from carrying out its lawful duties as those involved in killing of the soldiers will be fished out no matter the time said Buratai.

Spokesman of that Army,Col Sani Usman who disclosed that eight soldiers and two airmen were ambushed and killed in Bosso during a raid on hideout of suspected gunrunners.

Buratai addressed the wives of the slain soldiers who were killed on duty to be rest assured that automatic scholarship will be awarded to the children up to the university level. 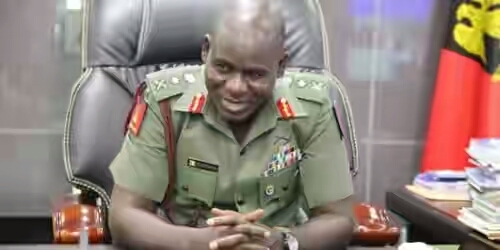