The father of Orlando nightclub shooter Omar Mateen was spotted sitting behind Hillary Clinton at a Monday campaign rally in Kissimmee, Fla.

Clinton, visiting the central Florida city to talk about jobs, was actually paying tribute to the victims of the Pulse nightclub massacre when an employee of NBC affiliate WPTV noticed that one of the rallygoers seated prominently behind the Democratic presidential nominee was Seddique Mateen, the mass shooter’s father.

The elder Mateen became the subject of widespread media attention in the aftermath of the attack on the gay nightclub that killed 49 people. He initially made headlines as the horrified parent of a mass killer who immediately expressed shock and condemnation of his son’s actions. But he also generated attention through his active social media presence and Afghan satellite TV show, in which he posed as the president of Afghanistan and expressed support for the Taliban. His critical views on homosexuality also drew notice.

After the rally, WPTV caught up with Mateen, who showed off a sign he made for the event and said, “Hillary Clinton is good for United States versus Donald Trump, who has no solutions.” 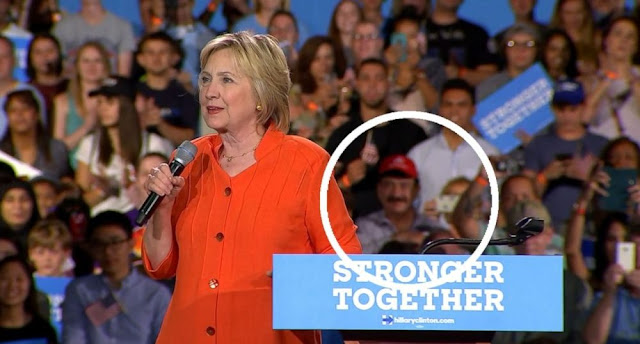 The Best And Top Food Destinations In Miami Beach To Visit