EXPOSED: GEJ is the Grand Patron of the Violent Group -Reformed NDA

The new reformed Niger Delta Avengers has claimed that former president Goodluck Jonathan was the Grand Patron of the violent group.

The spokesman for the new group Mr Cynthia Whyte also named some elites, former and serving governors as chief sponsors of the NDA.

The splinter group who earlier warned the NDA if further destruction of oil pipeline continues will have no option than to disclose those behind the backing of the violent group.

The former presidents aid has debunk such news as false and said the president will make a formal statement to the press in due course and dismiss the class by Mr Whyte. 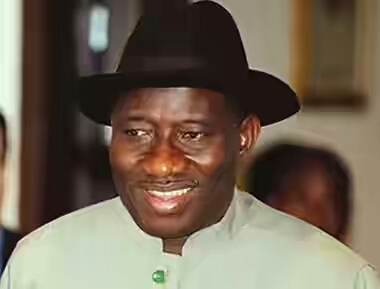 EXPOSED: GEJ is the Grand Patron of the Violent Group -Reformed NDA