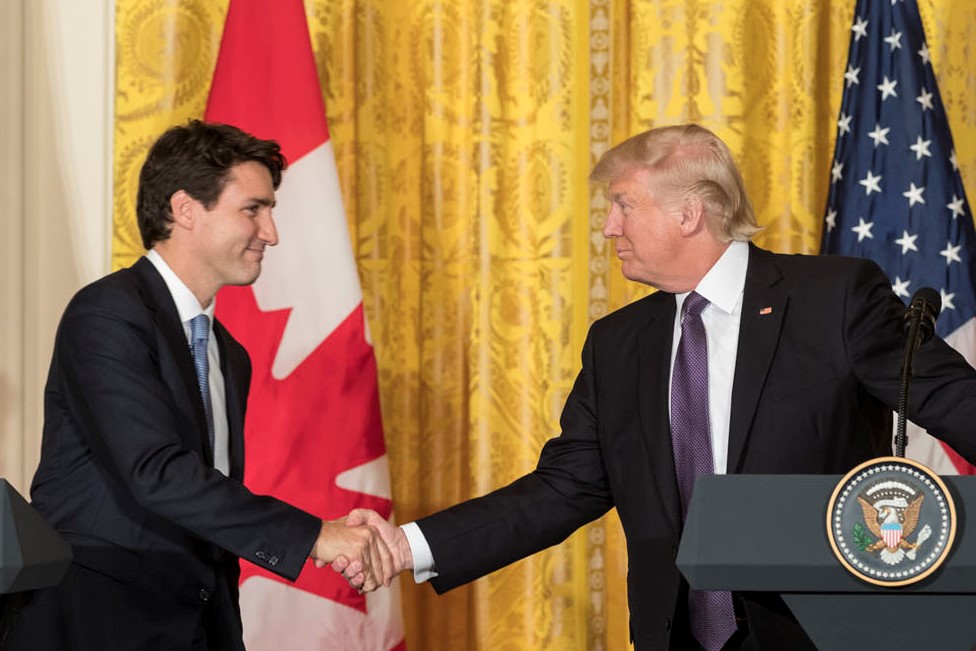 I don’t want to write about Trump’s new Nafta deal (which now has the clunky acronym of USMCA), largely because not much has changed since the partial deal with Mexico was unveiled.

Also, it’s hard to get too worked up about the new Agreement since it largely tinkers with the status quo. Since I was a fan of NAFTA, I’m relieved Trump didn’t eviscerate that pact.

But several experts have produced very good summaries, which means I can be lazy and share their good work.

Mexico, Canada, and the United States Take a Step Backward on Trade and Investment

Let’s start with Jeffrey Schott of the Peterson Institute, who is underwhelmed by the revised NAFTA:

NAFTA’s benefits had always been primarily through the strengthening of economic integration of the three economies. Contrary to President Trump’s claims, the new pact moves backwards in this critical regard and imposes new restrictions that will impede regional trade and investment, stifling the potential for economic growth. On autos, the deal is innovative in a perverse way: It is the first free trade agreement (FTA) negotiated by the United States that raises rather than lowers barriers to trade and investment. It adds layer upon layer of costly new regulations that producers must follow to qualify for NAFTA’s low tariffs—layers virtually certain to drive up costs of autos for consumers and very likely reduce US jobs in the auto sector… these steps add up to a step backwards on trade and investment in the United States and the region as a whole that, while not as damaging as it could have been, will do little or nothing to help workers, consumers, and the economies of North America.

It Could Have Been Much Worse

Veronique de Rugy of the Mercatus Center is similarly dour, though thankful that the deal isn’t as bad as Trump wanted:

…the Trump administration gave up on its worst demands, including one for a minimum of 50 percent mandatory U.S. content to benefit from the new NAFTA duty-free treatment, a ban on student visas for Chinese nationals and an every-five-year sunset clause. If the US hadn’t dropped these poison pills, I doubt we would have had this new deal. Let’s all be grateful for the willingness to compromise on the part of the US trade negotiators. …in spite of the tiny trade liberalization measures in the deal, tariffs overall remain significantly higher than they were before president Trump started “negotiating”…The auto section of the deal is not as bad as what the Trump administration had hoped for, but it is still really ugly. For automobiles to enter the US duty-free from North America, at least 75 percent of their content must originate in the U.S., Mexico, and Canada, up from the current 62.5 percent. It doesn’t take a rocket scientist to understand that this requirement will increase the price that Americans pay.

Ryan Young of the Competitive Enterprise Institute piles on:

Given the Trump administration’s emphasis on government-managed trade, it could have been much worse. Now President Trump can claim a political victory and hopefully turn his attention to non-trade issues while actual trade policy remains mostly unchanged …The 1,812-page agreement leaves intact the mostly tariff-free relationship between the U.S., Canada, and Mexico. It even has a few improvements, such as a slight liberalization of Canada’s dairy policy. US agriculture policy will remain heavily subsidized and insulated from competition, however. Among the downsides are new wage and country-of-origin rules that will make cars more expensive… Also troubling is a general NAFTA/USMCA ethos under which some countries determine other countries’ regulatory policies for them. This is generally due to trade-unrelated policies in trade agreements, mostly on labor, environmental, and intellectual property issues. …In short, NAFTA has a new name, but it’s still NAFTA. …a major bullet has been dodged between America and two of its largest trading partners. That the Trump administration is calling it a victory means that a major economic loss has been avoided for the time being. It would have been better to leave well enough alone, but under the circumstances, this may be about the best possible outcome.

In terms of liberalization in the USMCA, the most important component is the liberalization of Canadian agriculture imports, such as dairy products, eggs, wheat, poultry, and wine. Dairy market access was a key concern for the United States, which has long complained about Canada’s strict supply management and quota system. …In addition, Canada agreed to give up a pricing system for certain types of milk, as well as expanding the U.S. quota for chicken, eggs, and turkey. …The labor rights provisions go further than past U.S. trade agreements. For some people on the left, this could offer a reason to support the agreement. If you are skeptical about including labor provisions in trade agreements, as we are, this is a negative aspect to the agreement. …The new rules of origin are extremely restrictive, raising costs for auto production in North America. This could lead to more production being done outside of North America, or higher costs for consumers. This is the most negative part of the new agreement.

Speaking of all the new command-and-control regulation in the USMCA, this tweet from Scott Linicome sums up one of the great ironies of the NAFTA revision:

The best part – I mean, what really drives a sane man to the brink – is that the guys who wrote the USMCA's incomprehensible industrial mandates are the same ones saying that the agreement is needed to stop "non-market economies" pic.twitter.com/vgtk6wPmzN

William Reinsch of the Center for Strategic and International Studies adds his two cents, mostly noting that we’re lucky Trump didn’t make things that much worse (a common theme from all the experts):

It is somewhat comforting to see that one of the worst things you can say about U.S.-Mexico-Canada Agreement (USMCA) is that the new trade agreement replaces a term that everyone knows and can say with an unpronounceable acronym…the business communities in all three countries dodged a serious bullet…no one had to swallow many of the so-called poison pills…The fact that many of its efforts to build an economic wall around the United States did not make it to the finish line is also good news, although the Canadians and Mexicans probably deserve more credit for that than our administration does.

Let’s close with some optimism. Dalibor Rohac of the American Enterprise Institute writes for CapX that the new pact shows Trump’s protectionist instincts can be sidetracked.

…considering the range of possible outcomes, a sigh of relief is in order. President Trump’s zero-sum view of the world and his penchant for grand gestures and publicity stunts created a real risk that NAFTA—one of the great successes of trade liberalization around the world—would follow the fate of other agreements from which his administration decided to withdraw. Forcing higher wages and labor protection standards on a relatively poor country such as Mexico will have unintended consequences, but that is likely an acceptable price for keeping trade in North America tariff-free… USMCA shows how President Trump’s protectionism can be constrained by other world leaders: by letting the US President score easy headline-grabbing victories, which will allow him to claim that he has "fixed" previously "horrible" trade deals, while leaving the substance of policies mostly unchanged.

Needless to say, this doesn’t cast Trump in a positive light.

I’ll close by restating a point I made in August about NAFTA: “The process of NAFTA began under Reagan, negotiations finished under the first President Bush… and the pact was approved under Clinton.”

American workers were beneficiaries, though Trump put 1.8 million jobs at risk by threatening to deep six that achievement. 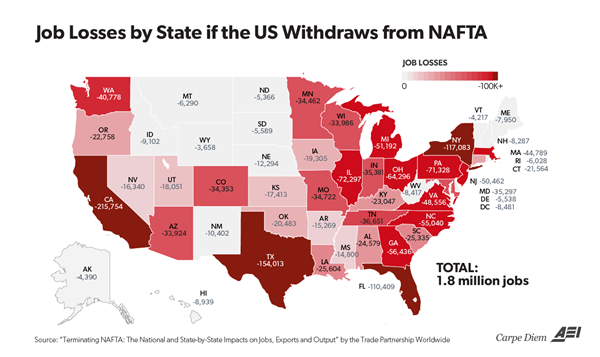 Thankfully, it looks like NAFTA will largely survive Trump.

This article was reprinted with permission from International Liberty.