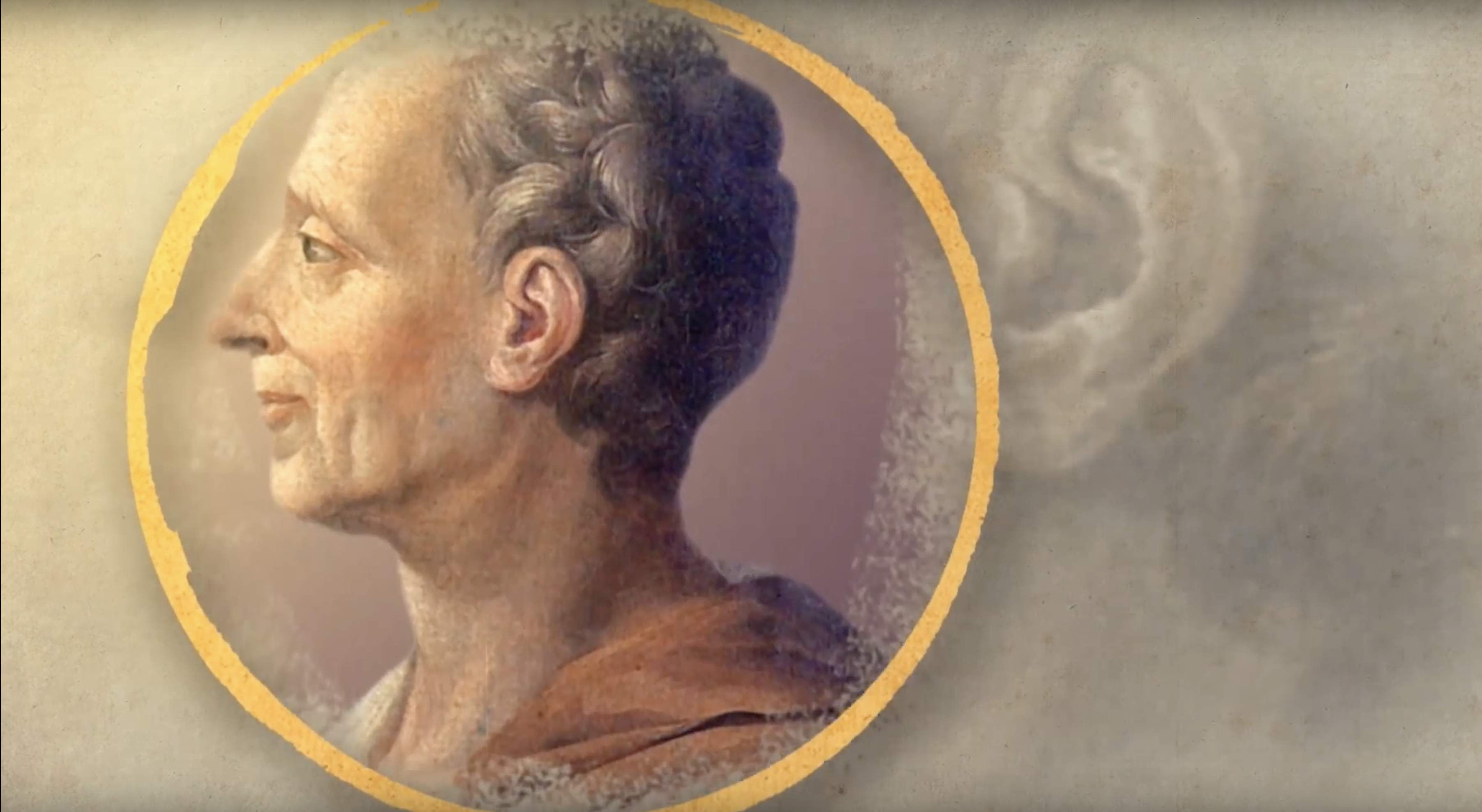 January 18 marks the birth of Charles Louis de Secondat, Baron Montesquieu, who Robert Wokler called “perhaps the most central thinker…of the enlightenment.” He was such an important influence on America’s founders that one writer called him John Locke’s “Ideological co-founder of the American Constitution.”

What do search robots do?
The legislative cogs are at work in I…

However, a thorough analysis of such an important figure's views takes more space than available for a popular audience and taxes Americans’ attention spans in the world of Twitter. It's a problem that reminds me of Readers’ Digest condensed books from many years ago. They attempted to distill the essence of important works to save time in a much less hurried world than the present, but if memory serves, they mainly ended up providing cheap “atmosphere” on shelves at lower-end restaurants. So I thought I would try a super-condensed version of some of Montesquieu’s key ideas, not as a substitute for reading his work, but as an appetizer to convince potential readers that more attention to him may justify the effort.

Particularly important for the ideas that shaped America were Montesquieu’s understanding of Liberty, property, voluntary arrangements, and the role of government.

Liberty consists principally in not being forced…Countries are well cultivated, not as they are fertile, but as they are free…when there is no abuse of power…In a country of liberty, every man who is supposed a free agent ought to be his own governor…The liberty of one citizen is of greater importance to the public than the ease or prosperity of another…The real wants of the people ought never to give way to the imaginary wants of the state.

When the inhabitants of a state are all free subjects…each man enjoys his property with as much right as the prince…The public good consists in every one’s having his property…invariably preserved… Each citizen contributes to the revenues of the State a portion of his property in order that his tenure of the rest may be secure…Whenever the public good happens to be the matter in question, it is not for the advantage of the public to deprive an individual of his property, or even to retrench the least part of it by a law, or a political regulation.

Trade produces…exact justice, opposite to robbery…[it] renders every man willing to live on his own property…When a democracy is founded on commerce, private people may acquire vast riches without corruption of morals…It is much better to leave trade open than…to restrain the liberty of commerce…[it] flies from the places where it is oppressed, and stays where it has liberty to breathe.

In an extensive republic…there are trusts too considerable to be placed in any single subject; he has interests of his own; he soon begins to think that he may be happy and glorious, by oppressing his fellow-citizens…But we cannot give someone else greater power over us than we have ourselves…There is no crueler tyranny than that which is perpetuated under the shield of law and in the name of justice… Experience shows us that every man invested with power is apt to abuse it, and to carry his authority as far as it will go…To prevent this abuse, it is necessary from the very nature of things that power should be a check to power.

Montesquieu was among the most influential thinkers behind America’s founding in pursuit of the blessings of liberty. Central to that influence was his recognition that liberty required that “Government should be set up so that no man need be afraid of another.” But his intellectual legacy is now routinely violated by a government primarily devoted to transferring resources and power to the politically influential, which forces Americans to constantly fear government power that might be abusively employed against them. We need to revive our commitment to liberty rather than what is, in fact, larceny in which the state preys on the citizens it was intended to protect.

This post first appeared on FREEDOM BUNKER: The Best Libertarian News And Chat, please read the originial post: here
People also like
What do search robots do?
The legislative cogs are at work in India as the government has introduced…