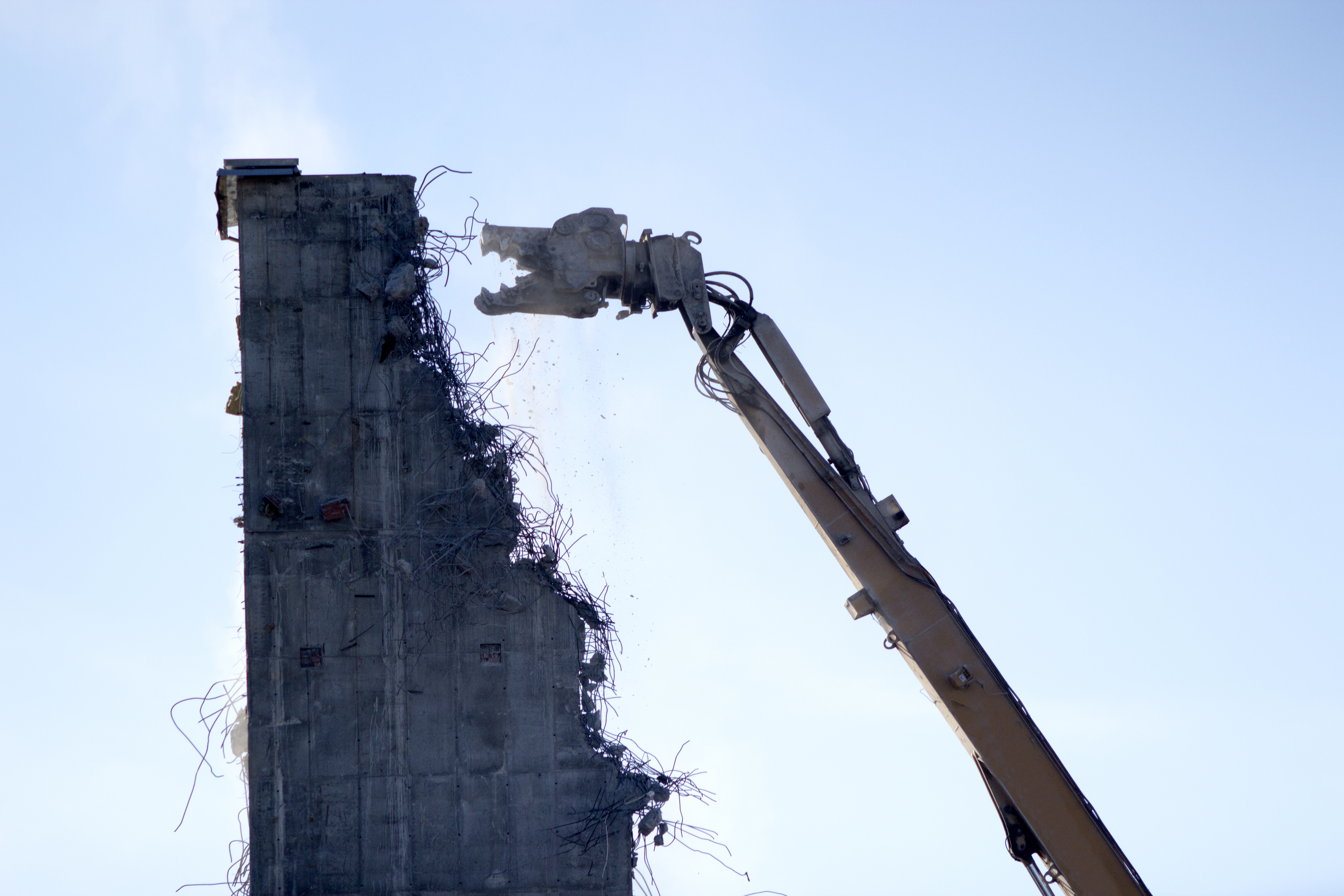 What do the Companies in these three groups have in common? 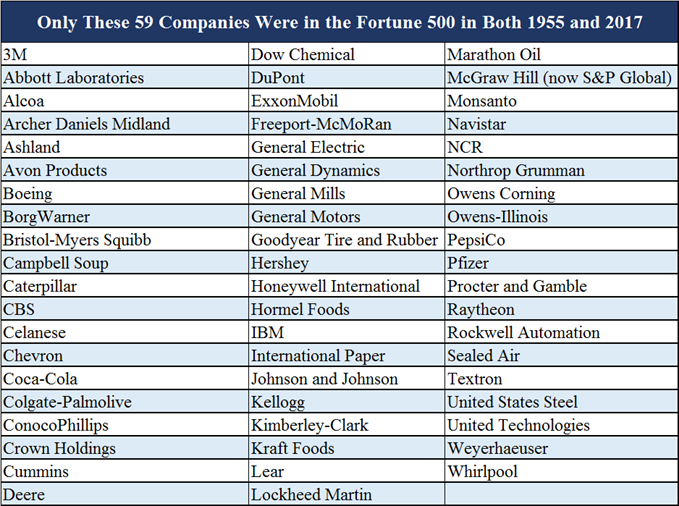 Comparing the 1955 Fortune 500 companies to the 2017 Fortune 500, there are only 59 companies that appear in both lists (see companies in the graphic above).

In other words, fewer than 12% of the Fortune 500 companies included in 1955 were still on the list 62 years later in 2017, and more than 88% of the companies from 1955 have either gone bankrupt, merged with (or were acquired by) another firm, or they still exist but have fallen from the top Fortune 500 companies (ranked by total revenues). Many of the companies on the list in 1955 are unrecognizable, forgotten companies today (e.g., Armstrong Rubber, Cone Mills, Hines Lumber, Pacific Vegetable Oil, and Riegel Textile).

The constant turnover in the Fortune 500 is a positive sign of the dynamism and innovation of a consumer-oriented market economy.

The fact that nearly 9 of every 10 Fortune 500 companies in 1955 are gone, merged, or contracted demonstrates that there’s been a lot of market disruption, churning, and Schumpeterian creative destruction over the last six decades.

It’s reasonable to assume that when the Fortune 500 list is released 60 years from now in 2077, almost all of today’s Fortune 500 companies will no longer exist as currently configured, having been replaced by new companies in new, emerging industries, and for that we should be extremely thankful. The constant turnover in the Fortune 500 is a positive sign of the dynamism and innovation that characterizes a vibrant consumer-oriented market economy, and that dynamic turnover is speeding up in today’s hyper-competitive global economy.

At the current churn rate, about half of today’s S&P 500 firms will be replaced over the next 10 years as “we enter a period of heightened volatility for leading companies across a range of industries, with the next ten years shaping up to be the most potentially turbulent in modern history” according to Innosight.

Another economic lesson to be learned from the creative destruction that results in the constant churning of Fortune 500 (and S&P 500) companies over time is that the process of market disruption is being driven by the endless pursuit of sales and profits that can only come from serving customers with low prices, high-quality products and services, and great customer service.

As consumers, we should appreciate the fact that we are the ultimate beneficiaries of the Schumpeterian creative destruction.

As consumers, we should appreciate the fact that we are the ultimate beneficiaries of the Schumpeterian creative destruction that drives the dynamism of the market economy and results in a constant churning of the firms who are ultimately fighting to attract as many of our dollar votes as possible. The 500 top winners of that competitive battle in any given year are the firms in the Fortune 500, ranked not by their profits, assets or number of employees, but by what is ultimately most important in a market economy: their dollar votes (sales revenues).

Update 1: The table above has been updated to remove CVS and add Colgate-Palmolive. A company called CVS is included in Fortune’s 1955 list but it must be a different company than the current CVS Pharmacy company, which didn’t start until 1963. By mistake, I left Colgate-Palmolive off the list, it’s now been added. Thanks to Gary Hoover for noting these issues in the comments.

Update 2: Both Gary Hoover and Lyle have suggested that AT&T Technologies and the original AT&T, despite sharing essentially the same name are different companies, so I’ve removed AT&T from the table above.