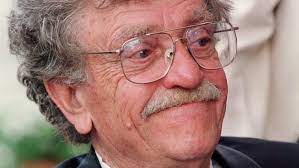 Kurt Vonnegut (1922-2007) was one of my favorite writers. One short story really resonated: Harrison Bergeron, who lives in a society so egalitarian that talented people are assigned (by the nation’s Handicapper-General) literal handicaps to hold them back. Harrison’s is being chained to a mass of heavy junk. Naturally he rebels. Vonnegut was a left-winger, but this parable should be required reading for today’s social justice warriors.

At a yard sale I found Vonnegut’s Timequake. I’d thought I’d read all his novels, but this seemed unfamiliar. Actually written in 1997, subsequent to my Vonnegut phase; his final novel. He should have quit while he was ahead.

Like I did, leaving my professional career at 49. Knowing myself as a loose cannon, I figured something would eventually blow up on me if I continued. I’d already had some close calls. So I bowed out.

Vonnegut actually addresses this himself, introducing Timequake as his last novel. Noting that he’d long been working on one “which did not work, which had no point, which had never wanted to be written in the first place.” Its premise was that in February 2001, Time was reset back to 1991, and everyone had to relive the decade exactly as before. Without free will to do anything differently. (Unlike in the 1993 film Groundhog Day, which Vonnegut doesn’t mention.) 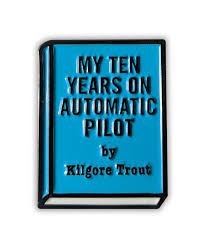 He describes at some length the chaos ensuing when the “timequake” ends, and free will “kicks back in,” with people now unused to it. Many transport disasters because they didn’t realize they’d have to actively steer, rather than being on the automatic pilot of repeating the past. Amusing perhaps — but actually illogical. Had the prior decade indeed been a perfect repeat, that would have included people making decisions, like steering, which they’d do again. So nothing would have changed. This might raise the eternal philosophical issue of whether free will ever really obtains, with human actions always having causes outside conscious control. But never mind that.

Meantime I wouldn’t call this a novel at all. The timequake stuff is only part of it. Mostly it’s a pastiche of personal self-indulgences, brief riffs that Vonnegut may have imagined being clever and insightful — actually an insipid mishmash of dyspeptic Cynical Pessimism. The overall message: “Life is a crock of shit.” That’s a quote. All together, the book amounts to nothing much, not only tendentious but tedious. Painful to read for its being a sad coda to what had been a brilliant oeuvre. (Only fairness made me finish reading it, since I’d decided to write about it.) 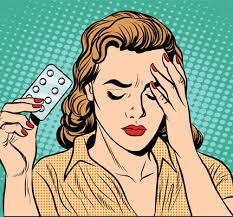 Just one line in the book almost made me laugh: reference to “a birth control pill that takes all the pleasure out of sex, so teenagers won’t copulate.” My amusement lasted the quarter second it took to wonder who would take such a pill. But pondering, I realized some people actually would: those whose attitudes about sex are messed up by religion.

Vonnegut didn’t pursue that thought, but it’s a segue to noting my two degrees of separation: he does mention his honorary presidency of the American Humanist Association and its being headquartered in Amherst, New York. Where there’s also the connected Center for Inquiry, whose Secular Rescue program (an “underground railroad” for persecuted religious dissenters in mostly Muslim countries) I’ve been funding.

Vonnegut’s humanism, though, is less than full-throated. “Humanists,” he says, “by and large educated, comfortably middle class persons with rewarding lives like [his], find rapture enough in secular knowledge and hope. Most people can’t.” 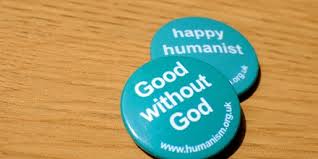 There again is Vonnegut’s cynical pessimism. And it’s insufferably elitist to think humanism is good for elevated people like him but not the benighted masses. In fact, religious faith has collapsed among most European proletarians. And the evil consequences that preachers eternally warned against are conspicuous for their absence. Non-believing Europeans are fine, well-adjusted, basically happy people, with lesser levels of the “immoral” social pathologies that have actually been more prevalent in more religious societies throughout history. That’s because religion actually does mess up one’s head, with false ideas, in relating to the world. Humanists find that an outlook grounded in reality provides a better path to live well, meaningfully, and morally.