When Will Be See The End Of ObamaCrapCare 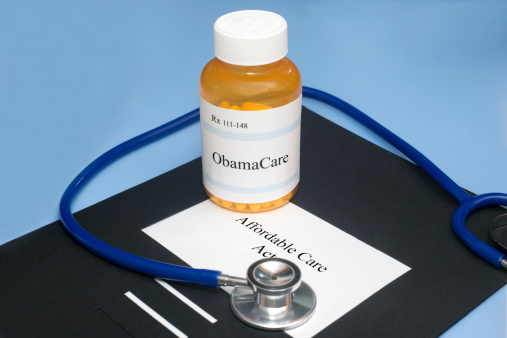 Obamacare has cost the nation billions of Dollars and continues to be the source of administrative headaches for government. And according to polling, very few Americans believe the president’s Healthcare Overhaul has been at all helpful to their situations.
According to polling data out from National Public Radio and the Robert Wood Johnson Foundation, most Americans—56 percent— Report that they haven’t really noticed anything different about their insurance situations since the passage of Obamacare.
Among those who have been affected by the law, far more say it has hurt than do report being helped by the law.
Twenty-six percent of people polled said they feel as though they’ve been personally harmed by the Healthcare law.
Only 15 percent of respondents said Obamacare has helped them.
This is bad news for the president’s healthcare Overhaul, especially as officials report that eight of the Remaining 11 state Obamacare co-ops are at serious risk of collapse in the year ahead.
To date, 12 co-ops have already been shuttered due to mismanagement and poor participation.
During a recent appearance before House Oversight and Government Reform lawmakers, Centers for Medicare and Medicaid Services chief of staff Mandy Cohen said the remaining co-ops are “being monitored closely.”
When pressed, Cohen was short on details about the remaining co-ops.
Some lawmakers were understandably incredulous following her report.
“Half of them are collapsed—closed—your term, costing the taxpayer over a billion dollars, of the [11] that are left you can’t tell me which ones you’ve visited or haven’t visited, what the enrollment projections are, and if they are meeting their enrollment projections—whether they are profitable or not,” Rep. Jim Jordan (R-Ohio) said. “That’s the kind of stuff we wanted to know in this hearing.”

Hemp Land USA Review
2020 Winter Customer Success Report
Is Self-Help a Scam
CBD 2020: What to Expect + Our Top Pr…
Why Friday The 13th Will Be Your Luck…

When Will Be See The End Of ObamaCrapCare