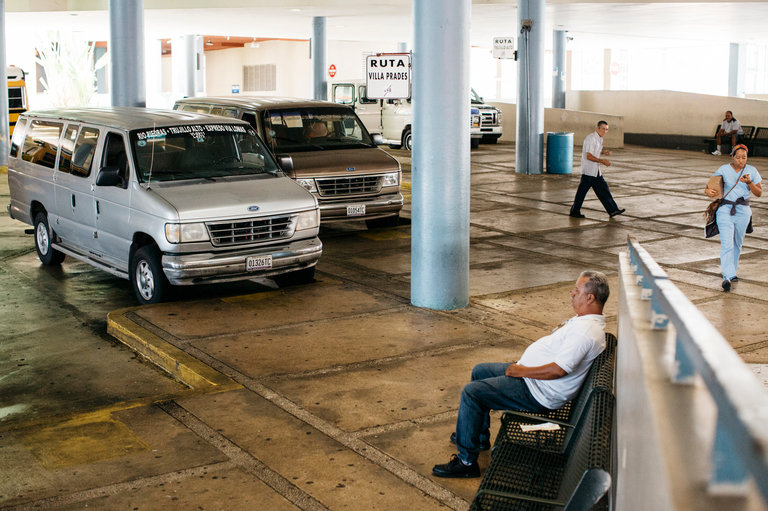 Workers at the Río Piedras terminal in San Juan, Puerto Rico, face waning business. Transportation businesses have been hurt by the economic crisis as drivers have to wait hours to fill a trip for their routes.CreditErika P. Rodriguez for The New York Times
SAN JUAN, Puerto Rico — Angel González, a retired schoolteacher facing a 10 percent cut to his pension, is beginning to wonder whether his three-person household will have to cut back to one cellphone and take turns using it.
Santiago Domenech, a general contractor with $2 million of his savings tied up in bonds Puerto Rico just defaulted on, once had 450 employees. Now he has eight. His father-in-law, Alfredo Torres, owns Puerto Rico’s oldest bookstore, but it has been going downhill for two years.
“The government is bankrupt,” said Bernardo Rivera, 75, a private bus driver who sometimes earns only $40 all day. “Everyone is bankrupt. There is nothing left. People who do not have jobs do not take the bus to work.”
These are some of the voices of Puerto Rico’s business owners, retirees and public servants who are caught in the middle — they would say the bottom — of the largest local government insolvency in United States history. Faced with a $123 billion debt it cannot pay, Puerto Rico filed for a kind of bankruptcy protection on Wednesday, a move that sent shivers down the spines of everyone from bond holders fearful of staggering losses to street sweepers and public employees whose already meager paychecks are likely to dwindle.
Photo 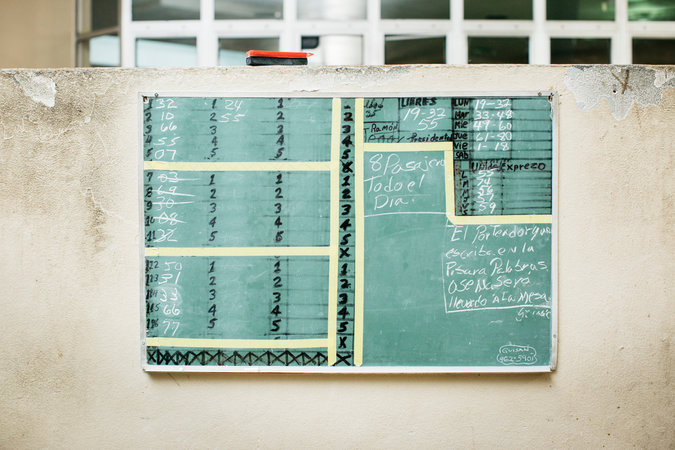 Only eight passengers were recorded in one day on a board at the terminal.CreditErika P. Rodriguez for The New York Times
Just days after a May Day strike sent tens of thousands of people to the streets in a protest that turned violent, people gathered at work, in parks and their homes in never-ending debates over the uncertainties. At the Río Piedras terminal where Mr. Rivera works, the drivers and cleaning crews huddled to gripe about waning business and pensions, as well as ever-rising fees and water and electricity bills.
Continue reading the main story
Advertisement
Continue reading the main story
Although the move on Wednesday was hardly a surprise, it left a sense of gloom and anxiety here, as civil servants question whether their pensions will ever be paid and private companies suffer the consequences of the brutal domino effect that results when taxes rise, salaries drop and the middle class takes off on a mass exodus for Florida.
“I’m going to stay here, even if I make only $1,” Mr. Rivera said.
The government plans sweeping austerity measures in the coming months that will hit teachers especially hard. On Friday, Puerto Rico’s education secretary announced a proposal to close 184 schools. Teachers may see their hours trimmed by two days a month.
So while the government seeks protection from lawsuits from the hedge funds and other financial firms that invested in Puerto Rico’s risky debt, residents of this United States territory are taking the squeeze. Fines for parking and other traffic violations have doubled. Dozens of government agencies are on the chopping block, while perks like the annual Christmas bonus and pay for unused sick time make for wistful memories.
On an island where household electric bills often reach hundreds of dollars, residents are worried that their future has been placed in the hands of strangers — an oversight board and a federal judge — who may or may not feel much empathy for American citizens whose per capita income is about $15,000 but who pay $6.25 for a gallon of milk and have an 11.5 percent sales tax.
“At some point I will have to decide whether I live in a house, or with medical insurance,” said Mr. González, 55, a retired electronics teacher. “And the food?” he said, letting the thought trail off.
His pension is about $1,900 a month, of which $556 goes to pay his family’s medical plan.
Photo 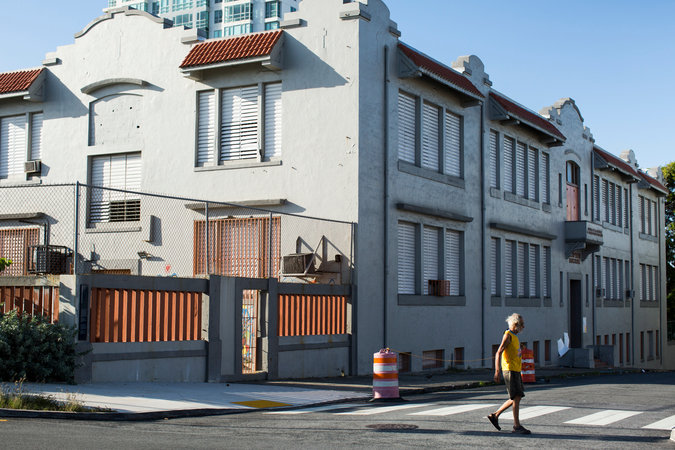 The Dr. Martin G. Brumbaugh elementary school in Puerta de Tierra, San Juan, will be one of many schools closed as part of austerity measures. CreditErika P. Rodriguez for The New York Times
Gov. Ricardo A. Rosselló, who took office in January, acknowledged that low-income people without access to health care and parents with children in public schools would be the most vulnerable in the months ahead.
“There has to be sacrifice everywhere,” he said in an interview. “We have been very clear about what that sacrifice is.”
His measures were deliberately spread out, so they do not hit any one group unfairly hard, he said. Although most residents believe Mr. Rosselló had no choice but to seek some sort of protection from the flurry of lawsuits that had already begun, others have criticized him for breaking a campaign promise. He is in the awkward position of being the son of one of the long line of former governors who brought Puerto Rico to its fiscal knees by borrowing and borrowing to balance budgets and to finance a bloated bureaucracy ripe with political patronage.
The last two administrations cut tens of thousands of positions from public payrolls, and now Mr. Rosselló has vowed to make “strategic cuts” that do not cause layoffs but put the government in a position to better negotiate with its creditors. Among the ideas is to cut government pensions by 10 percent, which will hurt retired police officers and teachers most, because they do not receive Social Security benefits.
Creditors were unimpressed, Mr. Rosselló said.
“They don’t think that fiscal plan is appropriate; they think they should get more money and that the people of Puerto Rico should get less,” he said. “Of course, my position is I am completely against that, and I will protect the people of Puerto Rico over anything.”

The news and stories that matter to Californians (and anyone else interested in the state), delivered weekday mornings.
When he took office, Mr. Rosselló said his first task was to determine “how deep the rabbit hole went.” He expected a $3 billion deficit, and instead found a deficit of $7.5 billion.
“What was happening in Puerto Rico is the definition of a Ponzi scheme,” he said.
Roberto Pagán, vice president of the Puerto Rico chapter of the Service Employees International Union, said he expected that up to 400,000 people would lose health plans because they will not be able to afford it. Public services like filing a child abuse complaint will probably go unattended.
“In this fiscal plan, we see proposals that are very optimistic and hardly realistic,” Mr. Pagán said.
Photo 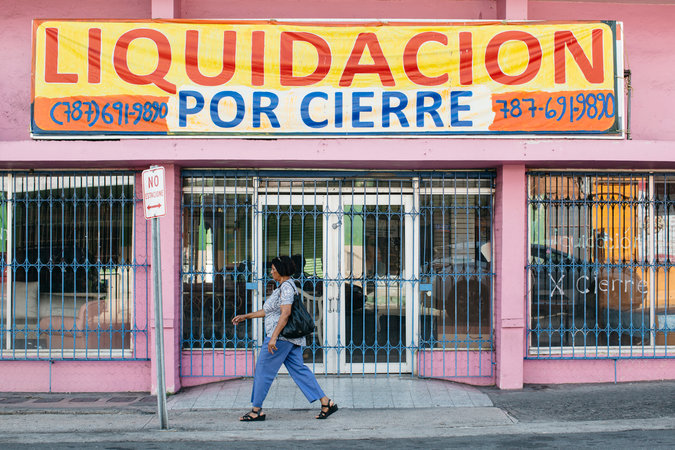 A closed furniture store in Río Piedras, San Juan. CreditErika P. Rodriguez for The New York Times
Mr. Domenech, 50, the general contractor, who lives in Aguadilla in western Puerto Rico, said he had no idea where people like him stood in the new Puerto Rican reality. With the government owing huge sums to credit unions and companies like Microsoft, hedge funds and gasoline suppliers, where do his unpaid bills fit in?
Not only are his savings tied up in Puerto Rico’s bonds, but his contracting business also went under, he said, largely because the government did not pay the invoices on an airport renovation project that dragged on and went over budget.
“They left me with no money,” Mr. Domenech said. “I feel frustrated and helpless.”
He has thought about moving to Canada.
His father-in-law, Mr. Torres, 63, owns Librería La Tertulia, the island’s oldest book store, which depends on the disposable income of students and professors at the University of Puerto Rico’s campus in Río Piedras. But students protesting severe budget cuts have been on strike for over a month, and the store’s profits dipped up to 70 percent this semester, Mr. Torres said.
“It’s not just me,” he said. “It’s the pharmacy, it’s the grocery store.”
He said that it would be easy for him to blame the slow foot traffic on the student strike but that he looks at the deteriorating urban core around him and blames decades of neglect that pushed more people to suburban shopping malls and still others off the island altogether. The boarded storefronts at Paseo de Diego, a nearby pedestrian mall, underscore his point.
“A lot of this is perception, but it’s real,” he said. “Go walk around the plaza.”
Data from the Bureau of Labor Statistics shows that Puerto Rico’s work force dropped by about 300,000 in the past decade, said Carlos J. Saavedra-Gutiérrez, the labor secretary here.
“This is a new chapter,” he said, as he rattled off labor changes he hopes will stimulate the economy and create “a stopgap to the exodus.”
Many of those left behind do not have the money to leave. Jesús González, 53, has spent 30 years sweeping the streets of San Juan, but with the cuts coming to pensions, he estimates that he will have to stay on the job until he is at least 70.
Photo 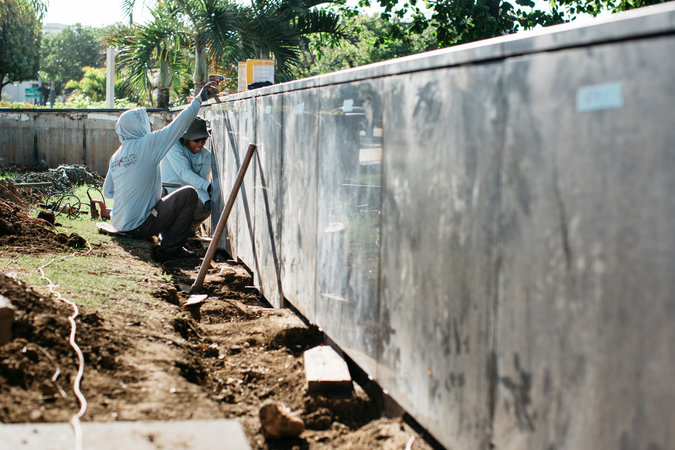 Michael Portes and Agustin Portes worked on rebuilding the wall of a monument in front of the Capitol building in San Juan on Saturday. Puerto Rico’s work force has dropped by about 300,000 in the past decade.CreditErika P. Rodriguez for The New York Times
“The fiscal board making all the decisions is going to take it all from us,” he said. “They have to.”
Both of Iris D. Matos’s grown children moved to the mainland in search of work. She and her husband, both retired electric company employees, are bracing for a $500 monthly cut in their pensions, even as their grandchildren depend on them for basic necessities.
“There isn’t a single sector that hasn’t been hit: The older people are worried about their retirements, the parents have had their hours cut, and the young people are on strike at the university, and the kids are about to see their schools closed,” Ms. Matos, 64, said. “They are spreading the pain, but to only one class of people: us.”