This Is The First Of Many ACLU Attacks

The ACLU Has Filed Its First Legal Action Against President Trump 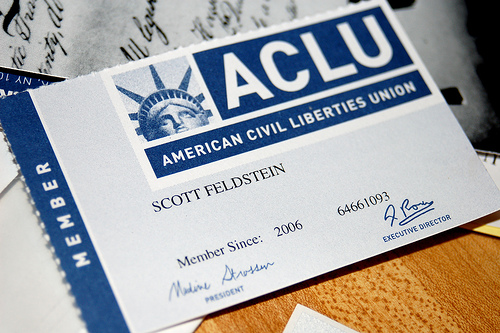 (GOOD Magazine) On Friday, January 20, the United States awoke to the inauguration of our next president, Donald J. Trump. At high noon, Trump—a man who has polarized the nation over the last 18 months—was officially sworn in. But before he placed his hand on the bible to swear to God above, before he walked out at the Lincoln Memorial, and quite possibly before he even got out of bed, the American Civil Liberties Union had already Filed its first legal action against the man who will hold the highest office in the land for at least the next four years.
“The Aclu is demanding access to key documents concerning Trump’s conflicts of interest. The public has a right to know—and we need your help to make sure we get the full story,” the union said in a statement.
The statement additionally reads:

“The ACLU filed a Freedom of Information Act request with the Office of Government Ethics and three other government offices. FOIA is a crucial tool for ordinary Americans to provide checks and balances on elected officials—this won’t be our last one.”

For context, a Freedom of Information Act is a law giving all citizens the right to access information from the federal government. Meaning anyone can file, and everyone has the right to ask…
Original Source

This Is The First Of Many ACLU Attacks