We just launched the official Unsealed Facebook Group last week.  All of our readers are welcome to join in and fellowship with us there or on the Unsealed Discussion Board. 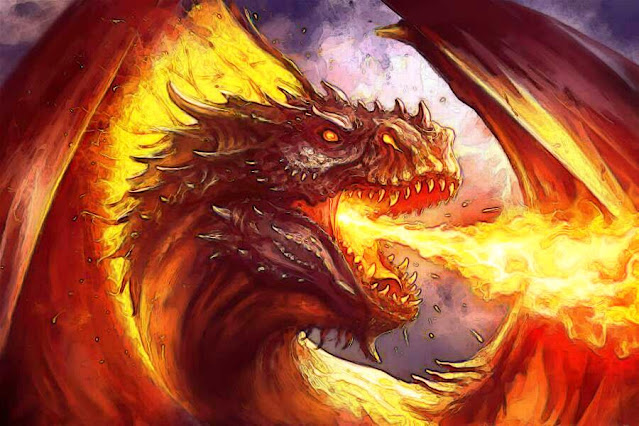 The world has gone crazy.  I mean full-on helter-skelter crazy.  Romans 1 stuff.  Days of Noah and days of Lot stuff.  What has been 73+ years of prophetic buildup since the reestablishment of Israel is now a torrent overtopping the dam.  The dam will break.  The flood is coming.  Every single prophetic theme is resonating in continual, perfect concord.  We are literally witnessing the meltdown of the global order as the masses self-immolate over fear of a virus—brutal as it is—with a 98%+ recovery rate.  I've known many who have been sickened by the virus.  I don't want to make light of it—I've even heard through the grapevine of several who've died.  But the world's response to the pandemic is something far, far worse: a tyrannical, global police state that won't be overthrown but by God.  Don't for a second think the world is about to round this corner to a brighter future.  This is everything God's prophetic truth has been warning about.

Do you really think a global police state, with “us” (vaccinated) versus “them” (unvaccinated) and mass internment and democide, is somehow a better alternative?  Do you really think a world where you can't work, buy and sell, travel, or gather together without masks and papers is a better world?  It will come back to bite you, too.  Revelation 13:16–17 is coming.  It's practically here. 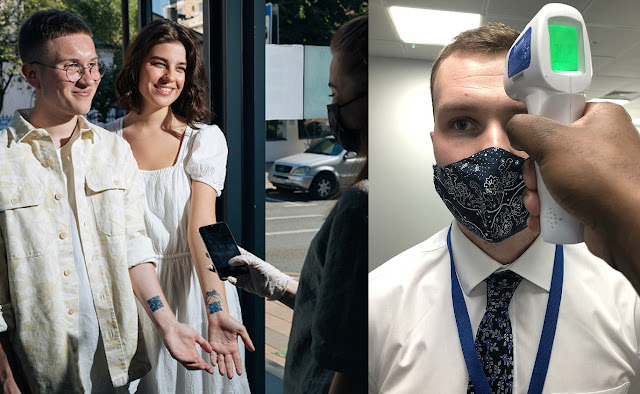 But it isn't just a virus driving the world mad.  It's the utter lawlessness and untamable immorality being perpetuated by a wicked generation completely detached from any religious or moral ethos besides Thelema of Aleister Crowley and Disney: “do as thou wilt” and “follow your heart.”

You do not do according to all that we are doing here today—each [doing] anything that is right in his own eyes. . . (Deut. 12:8, LSV)

We're entering the brave new world of the beast and it's even crazier than what was portrayed in the 2006 movie Idiocracy.  This brave new world combines the madness of Idiocracy with the bloodlust of the Nazis.

The White House hired another influencer to promote vaccines pic.twitter.com/LK7JOOcGz1

And know this, that in the last days there will come perilous times, for men will be lovers of themselves, lovers of money, boasters, proud, slanderous, disobedient to parents, unthankful, unkind, without natural affection, implacable, false accusers, without control, barbaric, not lovers of those who are good, traitors, reckless, lofty, lovers of pleasure more than lovers of God, having a form of piety, but having denied its power. . . (2 Tim. 3:1–5, LSV)

All of the religious, political, and moral debates we've grown accustomed to are about to be settled.  The world is about to find out who is true and who is a liar.  I'm banking everything on God's perfect foresight.  Jesus' death and resurrection were the starting point for grace, Pentecost was the launchpad for the Church, May 1948 was the commencement of the final generation, and September 2017 was the sound of the Messiah's approaching footsteps.  He stands at the door.

Among those willing to give the astronomical alignment in September 2017 a fair hearing, there was widespread consensus it was, indeed, the fulfillment of Revelation 12:1–2.  It was the Great Sign foretold.  But what puzzled us all, and has continued to puzzle us since, is what comes next: the sign of the dragon, the falling stars, and the dragon standing ready to devour the child.  It is completely plausible that the second astronomical sign was fulfilled in October 2018 or December 2020, but what of the material aspect of this on the earth?  What about the dragon standing ready to devour?

God has allowed His children to remain on earth these past almost four years to find out.  The beast kingdom is rising although the beast himself is still hidden.  The dragon is positioning, even though he's not yet fallen.  The world's response to the pandemic has been everything needed to set the trap.  It's not just Christians in imminent danger in Afghanistan, it's an asleep Church around the world, largely oblivious to the walls closing in.  More and more countries, regions, and cities are reentering lockdown, but compared to 2020 this time it will be much worse.  This time people will find themselves in a true police state with no ability to work, buy and sell, travel, or gather.

This makes it all the more interesting that for this brief moment in time the economy is surging and the marriage rate is booming.  This is the calm before the storm.  Perhaps no time in history better fits with Jesus' words in Matthew 24:

As I've watched the tragic events in Afghanistan unfold, I can't help but notice an uncanny resemblance between the aircraft debacle on the tarmac in Kabul—desperate Afghanis clamoring to the sides of the plane—and the scene of crowds surrounding Noah's ark after the flood began.  I then noticed several other friends on social media had already picked up on the same thing.  It's a picture.  A warning of what's coming.  Afghanistan is a microcosm.  The ark lifted Noah and his family above the floodwaters, but like the airplane, Christ, the true Ark, will lift God's children up into the sky (1 Thess. 4:16–18). 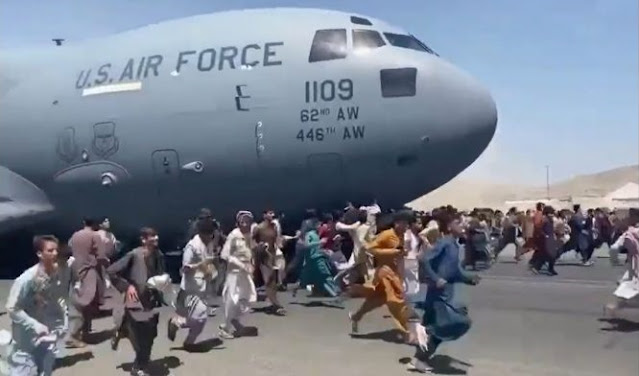 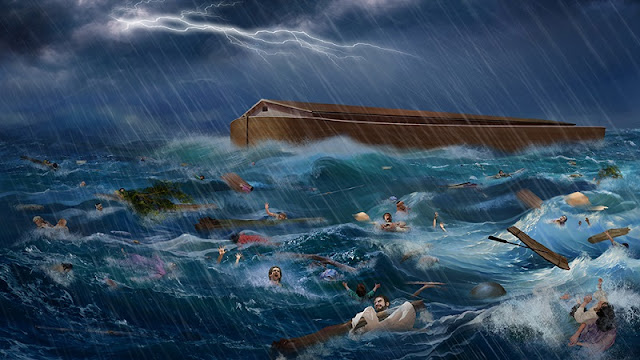 Ironic that the specific plane emblazoned on virtually every media site and news network is number 1109.  9/11/2001 is what precipitated the invasion of Afghanistan to begin with.  This tragedy in Afghanistan came 19 years, 11 months, and five days after 9/11/2001.  And we routinely speak of Balaamic prophecy—that God's sovereign voice continuously echoes through all of creation.  God's enemies Balaam and Ananias both prophesied truth.  Is it any wonder, then, that Balaam is, alphabetically, the 1,109th Hebrew word in the Bible?  Do you really want to chalk that up to coincidence?  The sovereignty of God is what leaves men without excuse, because His truth is revealed every moment of every day.

We can even see the greeting Paul gives in all of his letters playing out right now with tropical storms Grace, Fred (“peace”), and Henri (“lord” or “ruler”) traversing land and sea simultaneously:

Grace to you and peace from God our Father and the Lord Jesus Christ.

Creation is constantly testifying to the truth of God and verifying the words He has already spoken.

Contemplating the dragon standing ready to devour, the Church would seem to be largely asleep according to Revelation 12:5, for an unborn child knows nothing of the world outside the womb.  This is similar to what Paul spoke of in 1 Thessalonians 5, that the rapture would take both those awake and asleep, so long as they were indeed God's children.  The dragon crouches to attack, but the unaware child is rescued to safety—born into Heaven before Israel enters the pain of the Tribulation (Isa. 66:7–9), before the dragon's jaws snap shut.

Although those of us who study prophecy have observed the dragon positioning himself to attack and have been very aware that the Church has come to a Red Sea moment, most of God's children have been asleep and aloof.  The tragedy in Afghanistan has suddenly awoken many of them.  They may not be aware that the whole Church is in danger, but they're now on their hands and knees praying for the imminent rescue of our brothers and sisters in danger from the Taliban.  While we all face tribulation in this life for His Name's sake, may we all be rescued from the Tribulation to come.  Maranatha.

After the 8.1 magnitude earthquake struck the South Sandwich Islands last week, about two weeks after an 8.2 in Alaska, 2021 has become the second-worst year of earthquakes since before Israel became a nation.  Only 2007 has exceeded 2021 in the number of earthquakes over 8.0 (four vs. three).  You'd have to go back to 1946 to find anything comparable to 2007 or 2021.  There have also been a string of big quakes in the 7.0+ range of late, including a 7.5 also in the South Sandwich Islands, a 7.1 in the Philippines, and the tragic 7.2 in Haiti that has killed over one thousand people.

The South Sandwich Islands appear like a seven-dotted crescent.  There's technically nine islands (two of the seven are binaries), but it looks like seven equidistantly placed.  The 7.5-magnitude earthquake hit right next to the 8.8km-long middle island (#4 below) on which is Mount Michael, one of only 8 lava lake volcanoes in the world.  Is Michael ready to stand up?  Are the seven stars ready to be snatched up?

And think about the theme so many of us have noted the past few months: it's a Red Sea moment.  Like the Israelites were sandwiched between the sea and Pharaoh's army, so the Church is sandwiched between the gaping jaws of the dragon and the seemingly insurmountable heights of the heavens (the proverbial “waters” above the earth).  The dragon is standing ready to devour.  The powers that be have planned and plotted an authoritarian takeover using the pandemic as the vehicle.  Revelation warns of pharmakeia/pharmakos four times (Rev. 9:21; 18:23; 21:8; 22:15).  Job 3:8 has an allusion to the beast from the sea (leviathan; cf. Rev. 13) being roused by those who pierce/bore/penetrate/prick.  So much is falling into place. 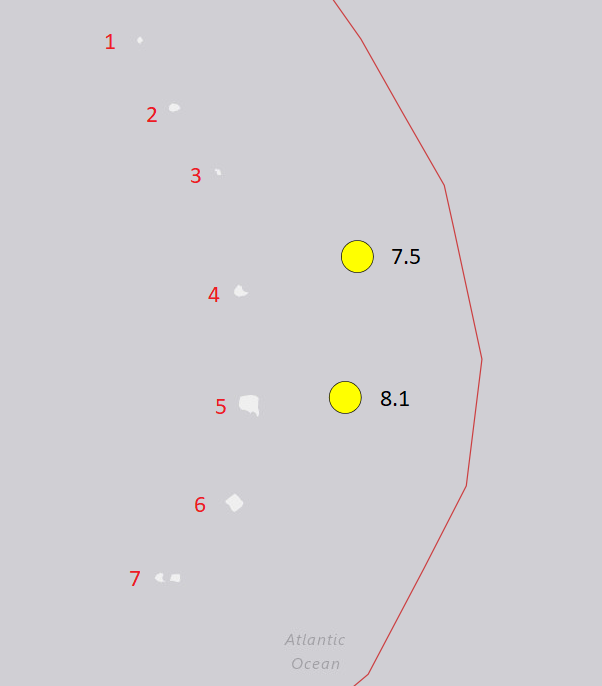 Finally, alien deception themes are picking up again.  The Hegelian dialectic is in full force:

1. From the left you have JJ Abrams four-part docuseries that just came out on Showtime. 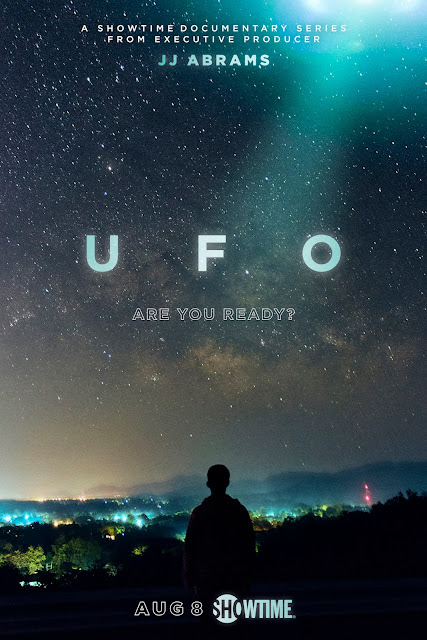 2. From the right Tucker Carlson is releasing an episode on Thursday explaining how the Pentagon's UAP report basically acknowledges aliens. 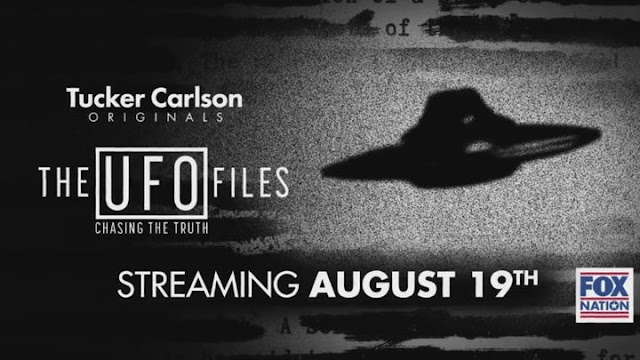 3. There have been a litany of new UFO reports, including over London, and an obscure New Age woman with a substantial following on Reddit, named Añjali, just gave a press conference at the Lincoln Memorial about the government making contact with aliens.  Here is the press release.

Between renewed lockdowns worldwide (in Australia and New Zealand they're telling residents not even to speak with neighbors) and the coming alien deception, there is a massive effort underway in preparation for mass deception and coverup following the rapture.  You don't want to be here for what comes next. 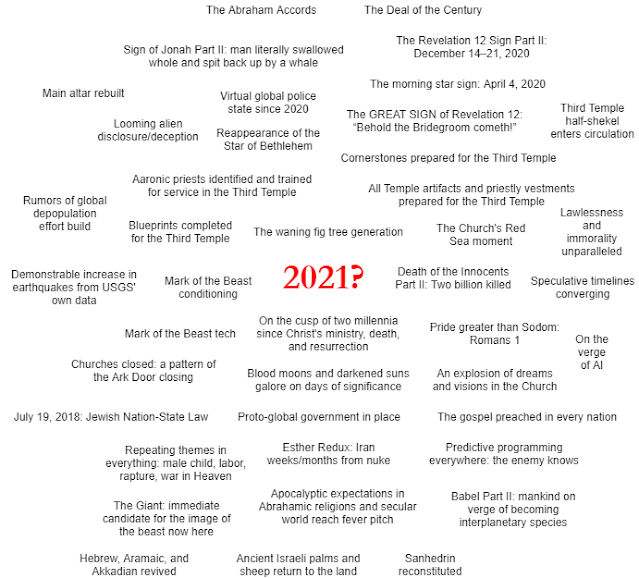 ARE YOU READY FOR WHAT IS COMING?  Faith in Jesus and what He accomplished on your behalf is the only thing that will save you from what is coming.  Are you still bearing your sins, or have you accepted that He died for your sins and rose again?  Today is the day of salvation.  You're not promised tomorrow.  Get on the Ark, because the flood is coming.

A dmit that you're a sinner.
B elieve that Jesus Christ died for your sins and rose again.
C all on the Lord Jesus Christ to save you.