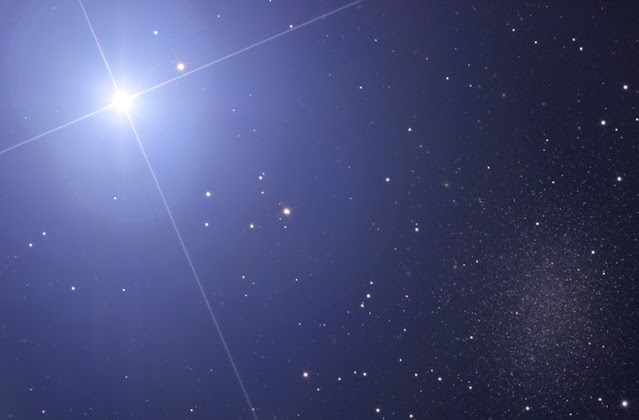 As Hillary recently shared, we're going home soon, saints.  And because we're going home soon and we're now closer than ever before, we shouldn't be growing apathetic, perplexed, and unsettled.  Just the opposite.  We should be more sure than ever.  As believers, every single one of us is promised resurrection and rapture, but when that [very nigh] time comes, some will be busy about the Father's business, serving as a refuge and encouragement to others, while many will be questioning and doubting like the Israelites when their back was up against the Red Sea and the armies of Pharaoh were closing in.

It’s Me – Chapter 11
Best Low Acid Coffees That Won’t Upse…
Don’t Forget to Brush Your Fur
Little Meadow Campsite
Can the Wii Fit get you in Shape?

It's clear that the time is at hand.  It's clear that the global Church is under intense persecution and threat.  It's clear that the world is marching—no, racing—toward the Mark of the Beast and an anti-Christian one-world system because of Coronavirus.  And it's clear that the stage is now set for Daniel 9:27 post-rapture.  But are we going to start panicking and questioning God's promises, or are we going to stand our ground, strengthen our hearts, and gird up our loins?  Don't question God's promises (Heb. 3:16–19).  Don't be moved from your firm position (1 Cor. 16:13).  Don't be tossed about by every wind and wave of doctrine as most of “Internet Christianity” is (Eph. 4:14).  God is never late, Dear Reader.  Nor is he early.  He arrives precisely when he means to.

Briefly circling back to my recent article The Fig Tree, the Festivals, and the Doctrine of Imminency, I want to emphasize again that The Parable of the Fig Tree is a clear and powerful indicator of the nearness of all of the end-of-the-age events, but it doesn't stand alone.  It's just one of many signs (see here, here, here, and here).  Some folks want to box me (or even God) in, but I refuse to put God in the box.  For instance, if the Tribulation doesn't begin by Spring of next year, it doesn't have any bearing on the truth of Christ's parable.  It simply means that Psalm 90:10 might not be the exact timeframe.  Psalm 90 does not mention the fig tree, nor does Jesus quote Psalm 90 in the Olivet Discourse.  Furthermore, by our reckoning of time a person is 80 until they turn 81.  Israel will be 80 until Spring of 2029.

Also, I have to respectfully disagree with those who argue that The Parable of the Fig Tree is merely a declaration that those who begin to see Tribulation events will see them all completed.  I understand, acknowledge, and respect their view, but frankly they're mistaken.  God chooses His words carefully for us.  He is precise.  For starters, Jesus doesn't merely say “even so, when you see all these things, you know that it is near...”  He says, “Truly I tell you, this generation will certainly not pass away until all these things have happened.”  Generation is the key word.  It's the length of life of a group of people born around the same time.  It is not merely a small subsection of time.  Seven years is not a generation.

Secondly, Jesus chooses a symbol of national Israel in the context of the final generation by employing the fig tree (see here, here, and here).  If Jesus' point was merely that when you see new growth on a plant you know that Summer is near, He could have utilized virtually any plant native to Israel in His parable, or could have remained entirely generic: “As soon as twigs get tender and leaves come out...”  No!  His parable wasn't ambiguous and useless to us, but profound, purposeful, and pregnant with meaning: “Now learn this lesson from the fig tree...”  Note that before Israel became a nation in 1948 many students of Bible prophecy had foretold it would happen.  They were scoffed at and scorned for being “hyper-literalists.”  But they were right.  And they knew that the reestablishment of the nation-state would signal the final prophetic events.  Then after the reestablishment of the nation in 1948, many of the top scholars of Bible prophecy taught (and have continued to teach) that the reestablishment kicked off the final generation.  This isn't a novel idea, but a straightforward and bedrock principle of literal eschatological exegesis.

Alright, on to a bit of speculation...

There is near-universal consensus that Jesus began His ministry between 26 and 29 AD and died between 30 and 33 AD.  The 26 and 30 AD years are considered the least likely because of the timing of Tiberius Caesar's reign.  27 and 31 AD are the years I've employed in my current speculative timeline, 28 and 32 AD comport best with Sir Robert Anderson's interpretation of Daniel 9, and 29 and 33 AD are the traditional and scholarly favorites.  No matter which way you slice it, we are now in a several-year strike zone.  If Anderson was right then it is likely that the Tribulation begins in 2021.  If the Bethlehem Star and traditional dating methods are right then the Tribulation may very well begin in 2022.  This is a very narrow and very near [speculative] window.  We are incredibly close brothers and sisters.

It is also conceivable that there will be a gap or intermission between the rapture and commencement of Daniel's 70th Week.  I have no real reservations about there being a gap, given that there were gaps between the Exodus and Sinai, and also between the resurrection and start of the Church on Pentecost.  The Tribulation itself is a transitory, dispensational “gap” of sorts between the Church Age and the Millennial Kingdom.  With the Church glorified and seated in Heaven prior to the opening of the seals, it is plausible that events will transpire on earth prior to the emergence of the antichrist and the confirmation of a covenant with many.  This is the view of several top scholars, including Dr. Arnold Fruchtenbaum (source).

This possibility draws my attention to next month's Great Conjunction between Jupiter and Saturn, which will be the closest in nearly 400 years—or near the start of colonial America.  Jupiter depicts the male child on earth, born out of Virgo in the Fall of 2017.  Saturn depicts Satan.  Jupiter has been headed straight for the gaping jaws of the dragon for the last three years and is now situated between Saturn and a precise depiction of the first seal (antichrist) in the form of Sagittarius.  The Church is between a rock and a hard place (cf. Rev. 12:4 and Rev. 13:1–8).  But next month, for the first time in years, Jupiter will escape, moving beyond the clutches of both Saturn and the rider on a horse with a bow and ten-star crown.  Could it finally be a real picture of the rapture in this 2016–2028 heavenly redemption story?

Interestingly, the conjunction occurs precisely at 3:22 PM Israeli time—the occultic skull and bones number.  It will also be 726,000 days exactly from the possible date of the Resurrection in 33 AD (April 5, 33).  Even more, it will be the anniversary of the last day of Hanukkah in 4 BC, the speculative date on which the Incarnation occurred (Jn. 1:14), or the day on which Christ was circumcised (putting off flesh), if Jesus was born in September of 3 BC as many now believe.

From the possible date of the Incarnation (or circumcision) to next month's Great Conjunction will be exactly 738,888 days, or 105,555 weeks, 5 days inclusive.

Can the Wii Fit get you in Shape?