Week From Hell: Now What? 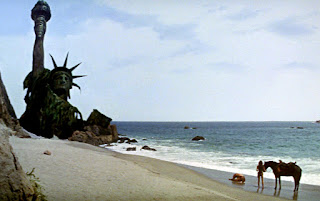 Has it only been one week?  Besides demonstrating that he is mentally deranged and wholly unfit for office, Trump has issued a dizzying array of tweets, statements, executive orders and policy positions that threaten to undermine the health of the planet, our economic and national security, the foundations of our democracy, and the safety and welfare of our most vulnerable populations.

Trump has chosen insufficiently vetted, indubitably conflicted and corrupt cabinet nominees who are either wholly unqualified for the positions they were nominated for or whose views are anathema to their respective agencies, or both.  And he has already taken concrete actions that will be devastating to the environment, to women's health and reproductive rights, to press freedom, to immigrants and refugees, to human rights, to health care, to workers' rights, and to our international standing and global stability.

There is so much to digest and resist, and it is hard not to become overwhelmed and to get distracted by the latest shiny object of baffling nonsense -- by the daily outrages of a president who has already gone where no post-World War II western leader has gone before.  Did Trump's top aide and resident white supremacist really just tell the media to "shut up"?  Has Trump really installed an unapologetic white supremacist as his top aide?  Is Trump really going to keep his business empire intact, ignore conflicts of interest and continue to reap enormous profit from his presidency?  Is he going to continue to obsess about the size of his electoral victory and the size of the crowd at his inauguration while denigrating detractors, protestors and journalists who have the audacity to question his popularity?  This is not normal.  It isn't even abnormal.  It's fucking nuts.

We can be -- and should be -- shocked and appalled by the myriad craziness that emanates from Trump and his enablers every day, but we then need to shake off the dread and nausea, and focus on fighting back.  Every day we need to pressure our Congressional representatives to resist.  In particular, we must force the Democrats to stop treating Trump as a normal president who is capable of reason and compromise -- to stop calculating when to oppose Trump and when to keep their powder dry for a potentially more important confrontation.  They need to oppose everything.

If we learned nothing else from the Obama years, we learned that nothing is to be gained by reason and compromise --  traditional norms are gone.  They fucking stole a Supreme Court seat for fuck sake.  Moreover, when the Trumpocalypse crashes and burns, Republicans must own it.  They must own the crazy and the corrupt all by themselves.  Enough of this bipartisan bullshit.

The Republicans obstructed Obama and Democrats must now obstruct Trump.  That is how the Republicans were so successful and that is how we can be too --  although we can do it without the racism, the ignorance, the false and misleading facts, and the petty scare tactics.

To get started, we all need to download, read and share the Indivisible Guide: A Practical Guide for Resisting the Trump Agenda.  The Guide was written by former Congressional staffers who understand what motivates members of Congress ("MoCs") and it cogently explains how best to reach them.  It is a clear and not at all intimidating "step-by-step guide for individuals, groups, and organizations looking to replicate the Tea Party’s success in getting Congress to listen to a small, vocal, dedicated group of constituents."  As the Guide says "it is intended to be equally useful for stiffening Democratic spines and weakening pro-Trump Republican resolve."

There is a lot to do.  But if I may, I first want to take a moment to vent one more time about the election.  While Trump can't let go of the fact that he lost the popular vote by almost three million votes, he is still the fucking president.  We're the ones who should be pissed.  And I still am.  So, one more time:
OK.  Now I'm ready.  Let's get to work.

Week From Hell: Now What?