Ethical Republican Is An Oxymoron 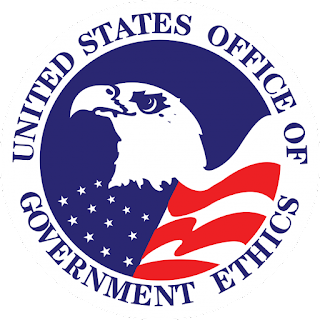 My philosophy professor in college, Richard Sugarman, found it ironic that the government had to have an Ethics Department.  It has been a very long time but if I can correctly recall, his view was that all government institutions should embody ethical conduct and that Ethics should not be separate and distinct -- much less, in a separate building -- from the rest of the government.  (Sugarman, I learned recently, was very close to Bernie Sanders and was the one who convinced him initially to run for Mayor of Burlington)

Well, the Republicans don't merely want to keep Ethics separate and distinct from the operations of government.  They want to remove it from public discourse altogether.  They want to reduce it to at most a procedural nicety -- a technicality -- rather than a fundamental aspect of democracy.  In essence, they don't just want to isolate Ethics in its own building, they want to tear the building down.

Indeed, the House Republicans, as their first act of the new Congress, voted (in secret) to gut the Office of Congressional Ethics.  That office was created in 2008, to address the culture of corruption plaguing the House, most notably the bribery scandal involving lobbyist Jack Abramoff. After being deluged by angry calls from constituents (as well as a Trump tweet that merely questioned the timing and optics but not the principle of eliminating the office's independence) the Republicans reversed course and put the proposal on hold.

Meanwhile, the Republicans in the Senate are pushing for confirmation of Trump's cabinet nominees before most of them submitted complete financial disclosure forms and had them properly vetted or cleared background checks.  This is particularly troubling given that most of the candidates are enormously wealthy and have business ties that raise serious potential conflicts.  Republicans, nevertheless, have snubbed the Office of Government Ethics, ignoring the concerns of its Ethics Director, who wrote Democratic senators, “I am not aware of any occasion in the four decades since OGE was established when the Senate held a confirmation hearing before the nominee had completed the ethics review process.” In contrast to his insistence on completed background checks and financial disclosures from Obama's cabinet nominees, Chief Hypocrite and Senate Majority Leader Mitch McConnell dismissed the Democrats demand that Trump's nominees should be fully vetted before confirmation hearings commence as nothing more than ""little procedural complaints" that "are related to their frustration at having not only lost the White House, but having lost the Senate.”

And then, of course, there is Trump himself.  His lack of transparency is staggering.  He has failed to provide his federal tax returns or complete financial disclosure of his business relationships.  It appears that he will do little to divest himself of his business interests beyond cancelling a few international deals and dissolving some shell companies.  As the AP reported, "he continues to own or control some 500 companies that make up the Trump Organization, creating a tangle of potential conflicts of interest without precedent in modern U.S. history."  His children have been involved in the transition team despite their deep involvement in their father's businesses as well as their own.  And most recently, Trump named his son-in-law, Jared Kushner, as a senior advisor.  Putting aside whether the spirit, if not the letter, of the federal anti-nepotism law is violated, this comes a day after the New York Times reported about a China development deal that Kushner has in the works -- one of a myriad of conflicts of interest with regard to Kushner's extensive business holdings.

The principle that those in power should act ethically and that the American people have a right to know whether they are acting without financial or other interests that might cloud their objectivity and conflict with their duty to the country is fundamental to public trust and democratic rule. This is not a "little procedural complaint." And it should really not be a partisan issue.  But it is.

Republicans have made clear with their unprecedented obstruction of President Obama's initiatives, their threats to shut down the government and brinksmanship with regard to the debt ceiling, with their theft of a Supreme Court seat and refusal to hold hearings on lower court and other nominees, that they do not care about good governance.  They do not care about democracy and democratic institutions as long as they hold power.  They do not care whether the people have faith in the government because voter cynicism and apathy reduces voter turnout and helps them to maintain that power.  And they have now shown that they do not care about the ethical behavior of Republican nominees and have no qualms about the potential for financial self-dealing and unrelenting conflicts of interest of Donald Trump, his family and the basket of deplorables he has chosen for his Administration.

How can Democrats meaningfully question much less vote on any nominee without having full disclosure of their financial interests and resolution of any conflicts, as well as a comprehensive compilation of their prior speeches, statements and policy positions?  How can Democrats vote on any bill when they do not know whether the policymakers stand to gain financially from its passage?  They can't.  And they shouldn't.

The Democrats must not treat the Republican Party's disregard of ethics as politics as usual. Contact your Senators and demand that they use every possible procedural maneuver to delay confirmation hearings -- and votes -- until nominees have been fully vetted. Contact your Senators and Representatives and demand that they categorically oppose all Republican initiatives until their leaders disclose and divest themselves of their conflicts of interest.  This is not normal.

Ethical Republican Is An Oxymoron