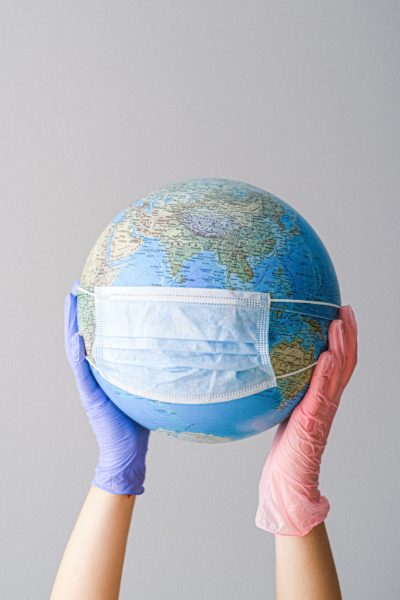 18 U.S.C.A. §1040 is the federal statute that criminalizes fraud and false statements in connection with benefits offered in response to a presidentially declared national emergency.

Since the Robert T. Stafford Disaster Relief and Emergency Assistance Act (Stafford Act) was passed in 1988, the United States has worked to establish a systematic approach to provide federal natural disaster assistance for state and local governments to help fulfill their responsibilities to aid their citizens during a natural emergency – a global pandemic, for instance. Through the Stafford Act, Congress encouraged states to develop comprehensive disaster preparedness plans and develop communication and coordination between state and local governments when confronted by a disaster, encouraged the use of disaster insurance coverage, and provided federal assistance programs for losses incurred during a disaster. However, feeble preparedness and inadequate levels of response during natural emergencies, such as Hurricane Katrina in 2015, paved the way to a substantial amendment to the Stafford Act, through the The Disaster Recovery Reform Act of 2018 (DRRA).

How to Develop an Educational App?
GNU: A Heuristic for Bad Cryptography
Fire Safety Training—A Response to Wo…
How to Leverage Entrepreneurship and …
Wuhan Weather Report

Congress’ increasing efforts to improve disaster relief is matched by their effort to prosecute defendants who commit fraud and make false statements during such events related to the benefits offered during a disaster response. Congress is not alone in this campaign — The Federal Trade Commission, The Food and Drug Administration, The Department of Health and Human Services Office of Inspector General and the U.S. Attorney General track and compile information about pandemic-related frauds that is often used to prosecute alleged offenders during such times. The COVID-19 pandemic is no exception.

To convict a defendant for a violation of Section 1040, a federal prosecutor must prove the following elements beyond a reasonable doubt:

A “benefit” is any record, voucher, payment, money or thing of value, good, service, right, or privilege provided by the United States, a State or local government, or other entity.

The penalties for a conviction under Section 1040 include a fine for as much as $1,000,000, imprisonment for as many as 30 years, or both. However, the role a defendant plays in the offense may impact their penalty if convicted. A common sentencing enhancement, or increase, is considered if the defendant was an organizer or leader in the alleged fraud and false statements. Additionally, if a defendant abused a position of public or private trust in a manner that significantly facilitated the commission or concealment of the alleged offense, a further increase to the sentence may be imposed. Alternatively, defendants who played a minor or minimal role may qualify for a mitigating adjustment, or a decrease in their penalty. However, the defendant bears the burden of proof in qualifying for a mitigating role reduction.

On March 16, 2020, the Attorney General urged federal prosecutors to prioritize the detection, investigation, and prosecution of those seeking to profit from public panic related to the COVID-19 pandemic. The tenacious efforts of federal prosecutors are rewarded, and our global crisis offers no safe harbor to those identified as violators.