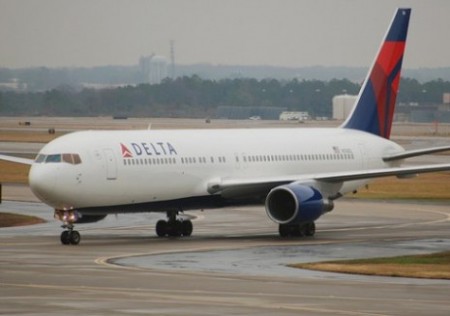 Criminal offenses committed aboard an Aircraft are subject to the jurisdiction of federal courts. While some states may have statutes that criminalize conduct relating to airplanes, almost all crimes committed aboard or against an airplane are prosecuted under federal law.

The federal statutes that govern criminal offenses on aircraft are found at 49 USC 465.

Federal law says that an incident takes place in special Aircraft Jurisdiction when it involves any aircraft in flight in the United States. An aircraft is considered “in flight in the United States” from the point when the doors are closed after boarding until the moment they are opened after landing anywhere within U.S. borders. See 49 USC 46501.

Any aircraft from a foreign carrier (such as Aeromexico, Virgin Atlantic, Air France, etc.) that either departs from, or is destined for, the United States is also subject to federal special aircraft jurisdiction. See Id. Further, any aircraft that is hijacked and lands in the United States with a hijacker aboard – regardless of the departure point or intended destination – is subject to special aircraft jurisdiction as well. See Id.

The U.S. special aircraft jurisdiction makes certain state crimes become federal offenses. For example, murder is usually prosecuted under state law, and every state’s law is different. Some states call for the death penalty, while others have life in prison without parole, and yet others allow for release after a long sentence. But a murder committed aboard an aircraft is a federal offense subject to penalties established by the federal sentencing guidelines.

The federal sentencing guidelines provide mandatory minimum levels of punishment for many criminal offenses. These federal mandatory minimums are usually much more severe than the corresponding state penalties. Under the First Step Act, certain offenders can qualify for early release by earning credits for good behavior. But this early release program is not available to violent offenders or those convicted of terrorism – such as hijacking an airplane.

Federal law applies to the following criminal offenses for conduct occurring on board or against an aircraft:

These federal offenses have been used in the war on terror. The U.S. Department of Justice used Title 49, United States Code, Chapter 465, to prosecute Islamic terrorist Richard Reid. He boarded American Airlines Flight 63 from Paris to Miami on December 22, 2001 and attempted to detonate explosives in his shoe. Reid is known as the shoe bomber.

The U.S. government also used this statute to prosecute Umar Farouk Abdulmutallab. He is known as the Christmas bomber because on December 25, 2009, Abdulmutallab boarded Northwest Airlines Flight 253 from Amsterdam to Detroit. He attempted to detonate explosives that lined his underwear. Many people credit this incident with the onset of full body scans at airports.