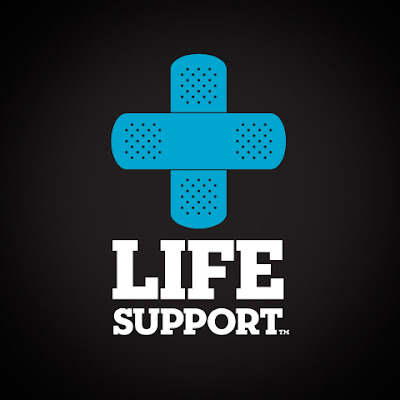 Anyone who may read this blog regularly knows that, for a number of reasons, I am not a fan of Justin Trudeau and his government. However, I give him top marks for his consistently calm and measured demeanour during this crisis. And the financial measures announced thus far, with some caveats, seem good.

He is, however, totally failing our mainstream media.

Due to declining ad revenues, media organizations have been struggling for years to survive. Now that we are in the grips of a pandemic, many face extinction. Thus far, the federal government has announced $30 million for a Covid-19 ad campaign that will do little to keep them alive:

Beyond the ad campaign, the lack of an emergency cash infusion for the struggling industry came as a disappointment to John Hinds, president and CEO of News Media Canada.

“We hoped he was going to announce something new. Instead, what (the government) did was rehash a couple of announcements that were very good with dealing with the crisis we were facing a year ago, but have nothing to do with the (pandemic-related cash crunch) crisis we’re facing today.”

When we need sources of responsible reporting now more than ever, they are drying up:

The state of print and digital news media made headlines this week when SaltWire Network said it was laying off nearly 40 per cent of its employees — about 240 people — and suspending all weekly newspapers in Nova Scotia and Newfoundland and Labrador for 12 weeks.

In Quebec, 143 jobs were lost across a co-operative that owns daily newspapers outside of Montreal, including Le Soleil in Quebec City.

In an open letter to readers, SaltWire Network CEO Mark Lever said the business lost nearly two-thirds of its revenue because many advertisers ceasing operations temporarily.

“Like many industries and businesses, the economic ripple effect of COVID-19 has hit our local newspaper media industry faster and far more aggressively than we could have ever planned for or anticipated,” Lever wrote.

Those who think news is free and can be cherry-picked off the internet need to read this piece by The Star's Irene Gentle, who reminds us how, now more than ever, it is vital to stay informed.

The newspaper is doing its part in a number of categories, bringing readers the most vetted and most important news and views on an ongoing basis. And out of a sense of civic responsibility, it has removed its paywall on stories about Covid-19.

It is the right thing to do when the actions of every one of us impacts all of us.

Doing the right thing always feels good. But such are the times that doing the right thing now can harm our future viability. The media industry is in a deep financial crisis that has only worsened with the outbreak. Journalism can be staggeringly expensive, and responsible, exclusive, accountability journalism is the most expensive of all.

I add bold-type to this part of her message:

For those who can find it in their budgets amid these very difficult times, please consider subscribing to ensure public-service journalism that’s there for you can continue to exist. The need for local, responsible, compassionate, aggressive, in-depth reporting that demands accountability is clear in times like these. Subscription by some helps ensure vital information can be available to all.

Time for all of us, both as human beings and as citizens, to put on our thinking caps and keep them on, even after this crisis passes. But thinking caps need nourishment. I can think of no better a nutrient that responsible journalism.
Recommend this Post