If This Doesn't Enrage You 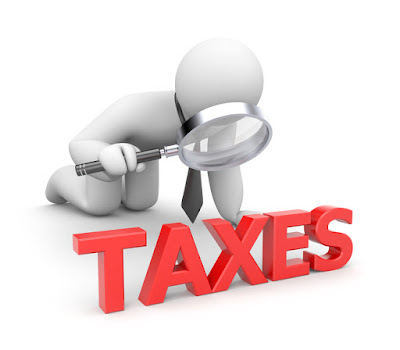 Most people, I think, understand that proper taxation is essential to a viable society. All they ask is that the burden be shared equitably.

However, the CRA does not appear to share that philosophy of fairness, if the following is any indication:

Sometime in the first six months of 2018, the agency wrote off more than $133 million in taxes owed by one taxpayer. It's not clear whether the recipient of the writeoff was a person or a corporation.

The amount was for unspecified excise taxes or excise duties; the CRA has offered no further details.

The massive writeoff is cited in a Sept. 14, 2018 internal CRA memo to explain a big jump in the total tax dollars declared uncollectible, compared with the total for the same period a year previous.

"The above total amount submitted for writeoff represents an increase of $209M in comparison to the first submission of the 2017-2018 fiscal year," says the memo, obtained by CBC News under the Access to Information Act.

"The increase is attributable to a few large writeoffs, including one for $133M."

Despite the fact that this writeoff is tantamount to a subsidy the rest of us must bear, the CRA will not identify the offending entity, citing confidentiality provisions under the law. Apparently, however, this is not an isolated incident.

The agency says that writing off a tax debt does not relieve a taxpayer of the obligation to pay — but it does mean no legal action will be taken unless the taxpayer's situation improves.

Only the very naive would believe that the CRA operates independently of government direction. One has only to recall how Stephen Harper sicced the agency on non-profits whose activities challenged his policies.

Now, all of Justin Trudeau's stout defenders need to start asking some hard questions about their man. His sympathies clearly lie with the corporate agenda, and he has a habit of going to extraordinary measures, both covertly and overtly, to meet his masters' needs. One need only look to the SNC-Lavalin affair to appreciate that sad fact.

For further evidence, consider that since the release of the Panama Papers, $1.2 billion in fines and unpaid taxes have been collected worldwide, while the CRA has revealed it should recoup more than $11 million in federal taxes and fines from 116 audits. In other words, a mere pittance compared to countries like the United Kingdom (more than $252 million), France ($136 million), and Australia (more than $92 million). Even tiny Belgium puts Canada to shame (over $18 million).

The critical thinker must ask why Canada lags so egregiously behind. Some of those thinkers may very well see a pattern of our government running interference for some very powerful interests, as Trudeau apparently did in accepting the word of Edgar Bronfman, a Liberal fundraiser, when the latter stated he never funded nor used offshore trusts. This, despite the fact that an investigation linked him to a $60-million US offshore trust in the Cayman Islands that may have cost Canadians millions in unpaid taxes. 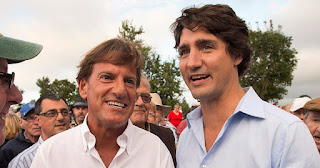 I could go on, but I trust I have provided enough food for thought here.

The play Hamlet states that something is rotten in the state of Denmark. It would seem that Scandinavian country now has ample company in Canada.
Recommend this Post

If This Doesn't Enrage You