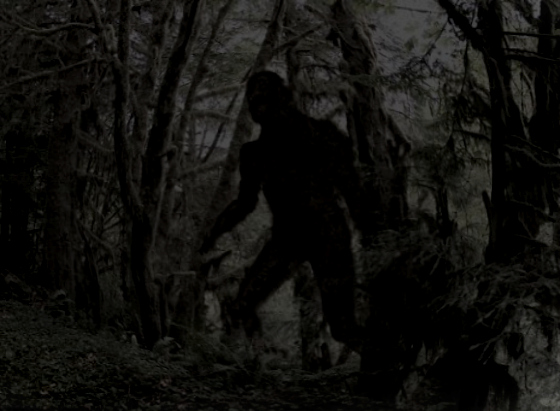 I recently received a telephone call from 'JD':

JD and his wife were returning dishes and other items that were used for a wedding reception in Detroit, MI on October 27th. The wedding coordinator was located in Washington Township, MI in Macomb County, north of Detroit. The time was around 1AM on Sunday October 28th when they arrived at the location.

JD was in the house, getting ready to head home, when the coordinator's Schnauzer dog began to bark and scratch at the back door. The coordinator's husband left the dog out and follow it into the back yard. About the same time, the neighbor called to ask if they could quiet their dog down.

The coordinator's husband (John) was watching the dog, as it continued to bark wildly, as it cowered behind him. John looked in the direction of the dog's attention, and noticed a huge dark figure standing at the edge of the property. John stated to JD that the figure was 9ft tall and bulky. He also noticed that the top of the head was conical, though it was difficult to see much detail.

John slowly moved to his right, and then the figure moved in the same direction. John then moved to his left, and the figure followed. John picked up the dog and began to back up towards the house, continuing to watch the figure. It then crouched down on all fours, taking a threatening stature. John quickly turned and ran into the house.

The next morning, John checked the location where the figure had been standing. He noticed faint footprints that were twice as large as an adult man. JD asked John if he had taken photographs, but he had not.

The BFRO has no reports of Bigfoot in Macomb County, MI. The Michigan Sasquatch Project has several reports from the area. Lon

Who was Jack the Ripper?

Facing down a hundred-year-old mystery, relentless detectives continue to search for the identity of the infamous killer, who terrorized the women of Whitechapel in autumn 1888.

At the end of the 19th century a foreign traveler only had to spend a day sightseeing in London to feel stirred by England’s power. At Westminster the Houses of Parliament proudly proclaimed British global domination, while at Buckingham Palace Queen Victoria crowned the nation’s golden age. All along the Thames to the sea, lined with ship after ship of merchants and the Royal Navy, visitors could see for themselves the formidable maritime might of the largest empire the world had ever known.

But all was not well with London. Joseph Conrad’s 1899 novel, Heart of Darkness, describes London as  “one of the dark places of the earth.” To the theatergoers and shoppers thronging the well-lit, opulent streets of the West End, this description might have seemed out of place, but just three miles to the east, in the neighborhood of Whitechapel, disease, alcoholism, and poverty ravaged the lives of thousands of souls. It was a place that was, as the Diocese of London reported, “as unexplored as Timbuktu.” Read more at Who was Jack the Ripper? 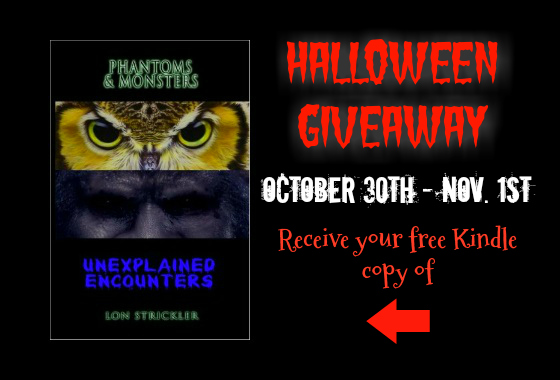 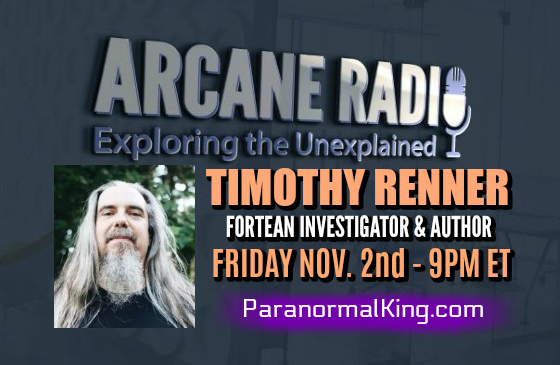 Arcane Radio is LIVE on the Paranormal King Radio Network

Facebook event announcement: Timothy Renner - Fortean Investigator and Author - Arcane Radio
Join me as I welcome Fortean investigator, author and associate Timothy Renner to Arcane Radio. Timothy is an illustrator, author, and folk musician living in south central Pennsylvania. His illustrations have appeared in the pages of various books, magazines, fanzines and comics as well as on many record and CD covers. Since 1995, Timothy has been making music both solo and with his band, Stone Breath. Timothy is the creator of "Strange Familiars", a podcast concerning the paranormal, weird history, folklore and the occult. He has appeared as a guest on many podcasts and radio programs, including "Coast to Coast AM". Timothy is also a member of the Phantoms & Monsters Fortean Research team. This should be a very informative and entertaining show! Join us this Friday, November 2nd at 9PM ET / 6PM PT on ParanormalKing.com - Meet us in the chat room...just click the banner or go to www.paranormal.olicentral.com
Listen to our podcast at Arcane Radio on Podbean. You can also listen to the podcast at Arcane Radio on Stitcher - iOS, Android and the Webplayer. Please consider becoming an Arcane Radio patron. Thanks...Lon 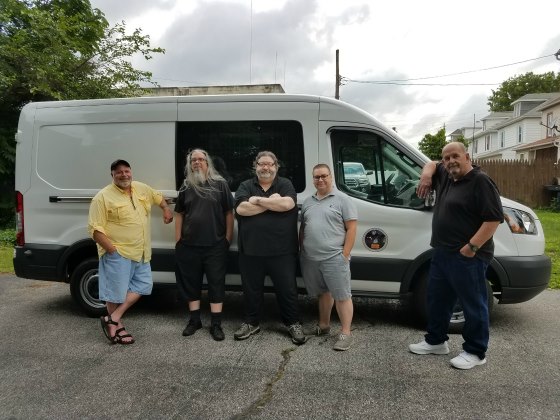 DO YOU ENJOY 'PHANTOMS & MONSTERS?'

'Phantoms & Monsters' has always been a free access blog and newsletter. It is one of the very few paranormal / cryptozoology sites that offers first-hand information on breaking incidents and investigations. The site survives solely on donations.

If you would like to support the newsletter, blog and my work, you can use one of the donation buttons on the blog or newsletter, or go to Paypal.com and use my email [email protected] as the payee. Thanks again. Lon
**********

The Mysterious Bronze Objects That Have Baffled Archaeologists for Centuries

The Creepy Case of the Black Nun

The Strange Case of the Hammersmith Ghost

The Mysterious Drummer of Tedworth

Chasing the Elusive Pennsylvania Bigfoot: A Cryptid from Another Reality

Dreams That Can Save Your Life: Early Warning Signs of Cancer and Other Diseases