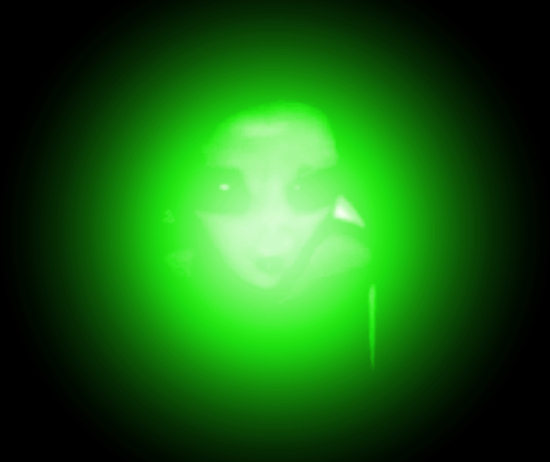 Hello there, I was reading a story you published on 12/11/17 about "the thing on my bed" and I had a similar encounter around May or June a few years ago. I haven't told very many people because I don't want to seem crazy and the recollection of it frightens me to this day. I live in Oswego, NY which is a somewhat quiet college town on Lake Ontario. I remember it like it was yesterday and my heart sinks just thinking about it.

I was at my friend's house by the river looking off towards the East enjoying a cigar by a small bonfire we had started in his back yard. It was a really clear, warm night and being out in the country a bit there was not much light pollution so you could really see the stars. Around 9ish I noticed what appeared to be a fireball with a tail in the sky however this was no ordinary fireball, comet or meteor. This fireball seemed alive. It was bright green in color and was moving in an erratic pattern (it did a few loops and "hopped") heading from North (we have a nuclear plant on the lake and that seemed to be where it was coming from) to South before disappearing in the tree line across the river. The sighting only lasted about 10 seconds. I sat there in awe for about 5 minutes, sadly my friend was inside and had missed it but he saw the look on my face and when I told him what I saw he believed it. I thought that would be the end of it however little did I know I would get a much closer encounter.

Fast forward about two weeks, once again it was night time. I was at my parent's house about a mile and a half away from my friend's house where I had the sighting. It was once again night time, I was in bed and it had to be about 4 or 5 in the morning. I felt/saw a green flash of light through my closed eyelids, almost like someone had taken a bright flashlight and put a green filter on it and was shining it directly into my eyelids. I tried to open my eyes but it felt like they were glued shut, I also felt pressure on all of my limbs as if I was being held down by some sort of force. After a few seconds of panic my eyes finally opened to my dimly moonlit room and I wish they hadn't. I was on my twin sized mattress which was on my bedroom floor (my bedroom is about 10'x12') and these...beings were there. I thought I was dreaming so I blinked a few times and was able to tilt my head a little to the left and right. The beings were still there. These beings were grey in appearance and were short little things probably knee high at most. They did not appear to be wearing clothes, they were just light grey and had very smooth skin. They had large black eyes, thin limbs, were bald and had over-sized heads with small potbellies. All of them seem to be hunched over in appearance and were all identical. Their faces showed no menace, they were more or less vacantly staring at me while occasionally looking at one another seemingly non verbally communicating back and fourth. There was one on each of my limbs, one holding my head, one standing by my door seemingly as a "look out," one standing bedside to my right and one in front of the closet off to the right for a total of 8. I tried to move, to struggle, anything but it was as if their hands had a numbing affect to my body. My brain said "FIGHT, STRUGGLE, DO SOMETHING" however despite my best effort I could do nothing but lay there at their mercy. It seems as if by holding me they were able to block my brain's signals to move. I was finally able to whisper "Please stop, go away, leave me alone." The one standing off to my right seemed to sense my fear or understand me because he reached over and stroked my face and spoke in a sort of whispering raspy elderly man's voice saying "It's ok, you are safe." After saying this, one by one the grey beings hopped off me and scampered over to where the one being was standing by my closet and each seemed to teleport in a quiet, quick flash (no light) while the one who spoke to me kept his hand on me, stroking my head as if to reassure my safety but keep me paralyzed still. The one standing by the door who I assumed to be the "look out" then went to the spot by my closet and it too vanished along with the one standing next to my closet. The one standing bedside said one last time "rest, you're safe" then patted me, sort of trotted over to my closet like the rest, looked back at me, nodded then vanished. I sort of passed out then woke back up in a rush with full function of my body in a cold sweat. I flew over to my light switch and turned on the lights and just sat there horrified at what had happened. I just sat there shaking my head, "it had to be a dream" I thought. I looked down at my arms and legs and was horrified... I could see faint red marks where the beings had been holding me. My room had this weird smell about it and there was a small seemingly bleached yellowish spot about the size of an m&m on my blue carpet where I saw the beings teleport from by my closet area. That spot had not been there before. To this day I still get a nervous feeling when I go to sleep and usually cover that area up with a blanket or something in hopes that these visitors don't come back. A part of me also sort of wishes they would come back in a less intrusive way so I could find out what they did to me and why.-Tony

Debi from Sacramento called in to tell of her weird UFO experience:

“Well, I have one memory of a UFO encounter and then I have two, what I think are suppressed memories. When I was 15 years old, I was laying in bed on a Saturday morning and outside my window there comes a thing floating by and, again, when you describe these people think you're crazy. It looks like a giant q-tip and each end was blinking. It was grey and so each end was blinking, a really big light and I never see anything like it so I dashed out of bed, got a camera, went chasing after it but it was gone too quickly. I told my sister and she goes, 'Oh, let's call KLA' because at the time, it was a station, KLA, and we call the radio station. They go, 'Yeah, we just got reports. We're calling Mount Hamilton and they're tracking it. People are calling in, they've seen it and they weren't able to verify what it was.' So that was very exciting.

So since that time I've always been interested in UFOs. (Jimmy Church asks her to describe it) It went all the way down the middle and each end looked like a kitchen swab. Then just like Cindy (a previous caller), 8 years old, I wake up out in the middle of the street outside my house. I've never slept walked in my life. I had asked my mom after that night, I said, Have I ever slept walked in before? She goes, No, never. She remembers that night when I woke up outside. She had to let me in. The door was locked and I came back, I was half asleep but I was at the neighbor's door ringing the doorbell at 2:30 in the morning looking for my mom and I don't know how I got outside. I was also about eight or nine years old and they thought it was just trauma because my grandma had just died, so they said, it was just childhood trauma when we went back to look at it. Yeah, okay, so chalk it up to childhood trauma, but the next day I thought I would drop the whole thing and then when I looked, you know, on my carpet in my room there's the grass that had just been cut the night before and I had mud and grass clippings all over my feet, all over the rug, so it really had happened and I have no idea how I got out of the house.”

The world of palentology has been abuzz since the discovery of a 99 million-year-old tick holding onto a feather of a dinosaur – indicating the parasite fed on the blood of the prehistoric monsters.

The find is so incredible because it is incredibly rare to find a parasite with its host and provides the clearest evidence yet that ticks dined on dino blood.

And the blood from the tick could theoretically be used to bring back dinosaurs.

Earlier this year, science expert and author Helen Pilcher claimed species can be brought back from extinction.

In her book “Bring Back the King: The New Science of De-extinction”, Pilcher wrote: “What if, many millions of years ago, there had been a hungry mosquito that dined on a dinosaur then became trapped in amber, with its last supper still inside its stomach. Read more at Scientists ‘CAN create DINOSAURS from blood-filled tick inside amber’

Monster Hike: A 100-Mile Inquiry Into the Sasquatch Mystery 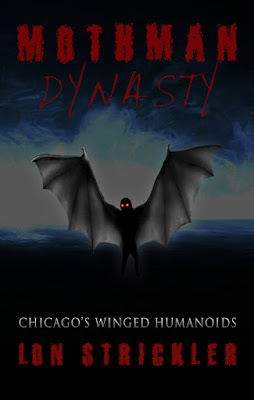