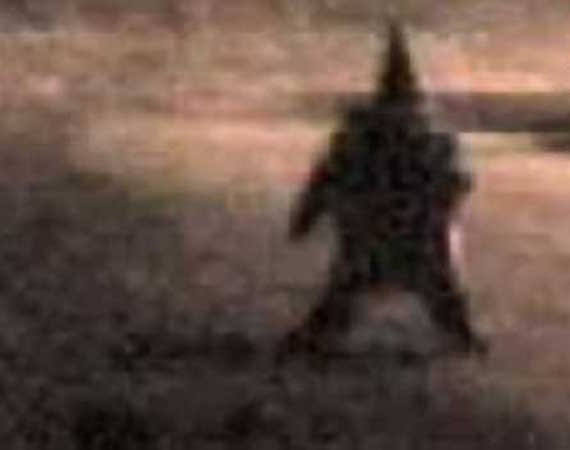 Do you remember the 'Gnome' sighting in 2008 in the town of General Guemes, in the province of Salta, Argentina? Argentina and most of South America are inundated with stories of the strange humanoid beings. The image above was captured during one of the encounters:

"We were chatting about our last fishing trip. It was one in the morning. I began to film a bit with my mobile phone while the others were chatting and joking. Suddenly we heard something — a weird noise as if someone was throwing stones.We looked to one side and saw that the grass was moving. To begin with, we thought it was a dog, but when we saw this gnome-like figure began to emerge we were really afraid. This is no joke. We are still afraid to go out, just like everyone in the neighborhood is now. One of my friends was so scared after seeing that thing that we had to take him to the hospital. Jose Alvarez"

These beings are known as Duende, a fairy or goblin-like creature from Iberian, South American & Filipino folklore. Some believer say it is only a mischievous spirit that may inhabit a home...but many witnesses refer to the Duende as an evil entity intent on causing harm and misfortune.

Apparently the sightings continue to this day. Below are a few link to previous encounters:

Scary Encounters With the Evil Gnomes of Central and South America

Sheep killing by mysterious animal continued unabated in the Niali block in the district today with death of five more sheep and injury of one.

Fresh killings were reported from at least two panchayats in the block in the wee hours on Monday with two sheep found dead at Sudhakar Swain’s house in Bilashuni Tarabana village, three at Sindhu Das’s house in Pokharigaon village and one at Rabi Das’s cattle shed in Ranipada village.

Notably, this is the fourth such incident of sheep killing in the area this month taking the toll to 27.

The attack took place despite Phulnakhara Forest Division’s initiative to set up cages at the Kantapadasahi in the area to catch the mystery animal. - Mystery Animal Kills 5 More Sheep In Niali

Seven Indonesians were hospitalised after rinsing their hands in acid, police said Tuesday as they hunted for the self-styled sorcerer who promised the men it would make them invincible.

The bizarre ritual last week left the men, residents of the Rawa Kopi village just outside the capital Jakarta, with serious burns on their hands, authorities said.

A mystery man named Didi, who moved into the village several months ago, claimed he was a master of traditional magic -- known as Debus -- which is supposed to protect a person from physical injury.

”These men were trying to become invincible with a man who claimed to be a‘guru’,” local police chief Harry Kurniawan told AFP on Tuesday.

To test that promise, Didi suggested that the men rinse their hands in a chemical that police believe was acid.

It was not long before the men were rushed to hospital with severe burns, Kurniawan added.

The self-styled guru fled shortly after the group was hospitalised. He could face five years in prison if convicted of negligence leading to injury.

Two men have since been discharged while the other five remain under treatment.

Sorcerers and faith healers are common in Indonesia, a vast archipelago nation in Southeast Asia, where many people remain deeply superstitious despite black magic being outlawed. - Indonesians hospitalised after bizarre sorcery ritual

Just days ago, a boat washed ashore in northern Japan. Aboard were eight men who said they were from North Korea. Now, another boat has been found just 45 miles north of the first, and it also held eight—except all are dead. The 23-foot wooden "ghost ship" was discovered Sunday on a beach near Oga. It had no navigational devices and had lost a rotor blade. Some aboard had been "reduced to bones," and Kyodo News reports that the coast guard suspects it originated in North Korea, which sits about 450 miles away. Sky News reports foreign ships aren't an uncommon occurrence in Japan: 44 have washed ashore this year; 66 did so in 2016.

The BBC presents a theory as to why: Some believe North Korea has been calling for more seafood to be fished in order to feed a hungry population. The increased demand may be leading its citizens to take boats that are in subpar condition far off its shores. And as a professor with Japan's Tokai University tells Sky News, the Sea of Japan "starts to get choppy when November comes. It gets dangerous when northwesterly winds start to blow." Kyodo notes the boat that carried the eight live men has vanished; police are reviewing both cases. - Aboard 'Ghost Ship' Found in Japan: Bodies Reduced to Bone

Living bacteria were found on the surface of the International Space Station (ISS), and they might have extraterrestrial origins, Russian cosmonaut Anton Shkaplerov said. The microorganisms will be studied further on Earth.

Shkaplerov, an ISS expedition flight engineer who will take his third trip to the ISS in December as part of the Expedition 54 crew, said that scientists found living bacteria while they were taking samples from the surface of the station. Speaking to TASS, he said that the microorganisms might have come from outer space.

“Bacteria that had not been there during the launch of the ISS module were found on the swabs,” Shkaplerov said. “So they have flew from somewhere in space and settled on the outside hull.” The cosmonaut added that the samples are currently being studied and seem to be safe. Read more at Alien life? Bacteria ‘that had not been there’ found on ISS hull, Russian cosmonaut says

This Horrifyingly Huge Wasp Nest Will Haunt Your Nightmares


UFOs: Generals, Pilots, and Government Officials Go on the Record

Raven Rock: The Story of the U.S. Government’s Secret Plan to Save Itself--While the Rest of Us Die

Operation Gladio: The Unholy Alliance between the Vatican, the CIA, and the Mafia 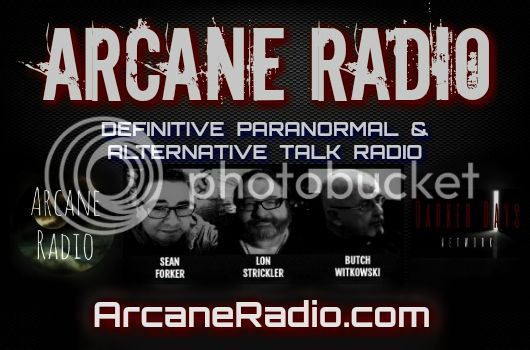