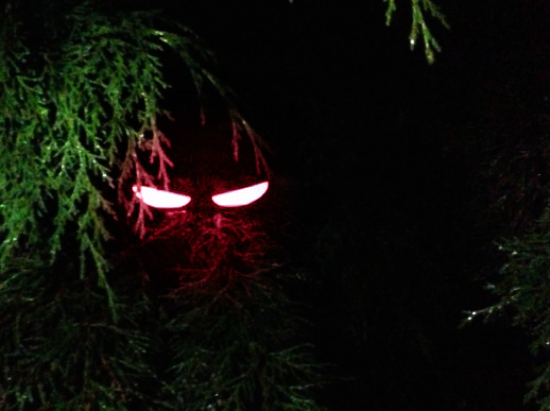 Red Eyes in the Bush

"I saw something I am unable to explain, I documented it but the eyes of your Mothman look just like what I saw but I didn't see the rest of it though. I became aware of something in the bush where I was walking, as I passed the area of bush I stopped and found myself starring at what looked like two large oval red/orange eyes that seemed to glow but weren't illuminating the area around it. The glowing eyes appeared just off ground level. I walked on but felt a need to go back as I was very confused about what I had just seen and I had goosebumps all over but it had gone. I went to my car and brought it back and illuminated the bush with the headlights but there was nothing there. The next day I felt totally freaked out, in fact I did for about a week and still can't explain what I saw. This was in early 2011. How big would you say the eyes were as in width across both eyes? I'm In New Zealand."

Parallel Worlds Exist...Interact With Our World

Quantum mechanics, though firmly tested, is so weird and anti-intuitive that famed physicist Richard Feynman once remarked, "I think I can safely say that nobody understands quantum mechanics." Attempts to explain some of the bizarre consequences of quantum theory have led to some mind-bending ideas, such as the Copenhagen interpretation and the many-worlds interpretation.

Now there's a new theory on the block, called the "many interacting worlds" hypothesis (MIW), and the idea is just as profound as it sounds. The theory suggests not only that parallel worlds exist, but that they interact with our world on the quantum level and are thus detectable. Though still speculative, the theory may help to finally explain some of the bizarre consequences inherent in quantum mechanics.

The theory is a spinoff of the many-worlds interpretation in quantum mechanics — an idea that posits that all possible alternative histories and futures are real, each representing an actual, though parallel, world. One problem with the many-worlds interpretation, however, has been that it is fundamentally untestable, since observations can only be made in our world. Happenings in these proposed "parallel" worlds can thus only be imagined. Read more at Parallel worlds exist and interact with our world, say physicists 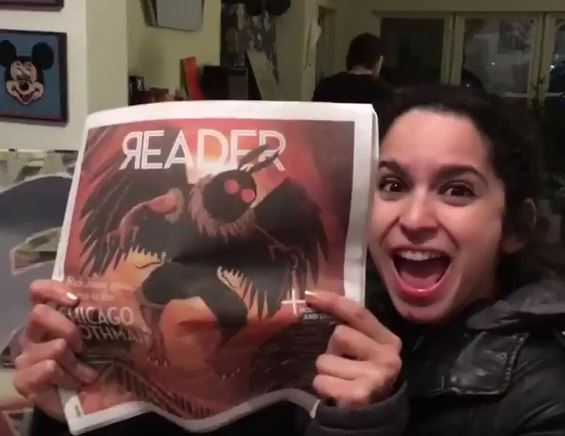 EVANSVILLE, Ind. (WEHT) — What many believe to be one of the world’s most haunted libraries lies at the heart of downtown Evansville.

The Willard Library has been recognized nationally for its famous “Grey Lady.”

24-Hour News 8’s sister station WEHT stopped by the library to see if they could catch a glimpse of the mysterious visitor as Halloween is just a week away.

“When he passed away, he left most his money to the library and not his family, which didn’t go over very well,” said adult services librarian Arrika Dedmond.

So, his daughter Louise sued the library but lost, which is why many believe she is still lingering around today, known as the Grey Lady.

“We call her a poltergeist because she likes to make herself known. She likes to move things around,” said Dedmond.

People say she appears as a dark apparition, clothed in a long gray dress with a veil.

In the 1930s, a janitor claimed he saw her repeatedly in a basement hallway, but no one believed him. To this day, the sightings haven’t stopped.

Many staff members claim to have seen books randomly falling from shelves and even figures in security cameras.

In 2015, an employee saw a dark transparent figure on a security camera. When she looked closer, it looked back and then disappeared.

Cameras are set up on every floor, broadcast live online for people to see if they can catch a glimpse.

“We get about 40 million hits on those cams a year, so there are a lot of ghost hunters out there.”

But the children’s story area seems to be her favorite spot.

“We’ve had multiple paranormal groups in here. They all say there’s something going on with the electromagnetic fluctuation in the story room.”

On Monday, it was silent. The staff said the Grey Lady only comes around occasionally, so her mystery continues.

If you want to try to see the Grey Lady for yourself, the library is offering their last set of haunted tours this Thursday through Saturday.

NOTE:You can find more on the Willard Library's 'Grey Lady'...including a photo sent to me by one of the library's staff. Lon

....when the skies of November turn gloomy.


The Apparitionists: A Tale of Phantoms, Fraud, Photography, and the Man Who Captured Lincoln's Ghost

The Ghost: A Cultural History

Encounter in the Desert: The Case for Alien Contact at Socorro


This post first appeared on Phantoms And Monsters: Pulse Of The P, please read the originial post: here
People also like
20+ Camping Activities For Kids To Eliminate Boredom
Dead Ends in Cryptanalysis #2: Timing Side-Channels
15 Best Gambling Destinations in the World
Get 3 Months Of Xbox Game Pass For Just $1/Rs. 50, Also Available For Existing Subscribers
4 Tips To Help You Plan Your Estate The Right Way
MICRO BUSINESSES
5 Important Things You Should Consider Before You Invest in Stock
The Edward de Vere Society (EdVS)