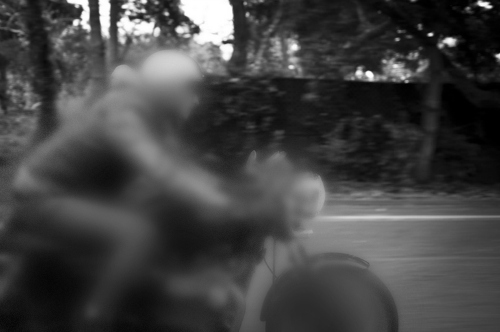 Cliff in Houston, Texas called in to tell of a weird experience he had:

“I got a little story for you that I think you'll find interesting. It scared the daylights out of me but nothing to do with ghosts. I ride a motorcycle 90% of the time. I just enjoy it and I've been riding it forever. I was riding down a major highway in Houston called I-10, in a very busy section of it. I wear a helmet, my regular jacket, no big deal, my radio was on, all the sudden every sound around me was gone. There was no sound of the trucks that were next to me. There was no sound of the cars. The was no sound. I thought I was having a stroke because I'm 70 years of age.

I lifted up my face mask on my helmet and I could hear my tires. I could hear my engine but that was all. The music from my radio was gone. Everything was gone. As that was happening, a car next to me, I saw the woman look right at me. She turned her head, looked, put on a blinker and she came right over at me. I said, "I'll be a son of a b*tch." I said, "I'm invisible!" I firmly believed for a few seconds I wasn't where people could see me and I think that's how these accidents happen when people say, 'I looked and there was nobody there' and they run into someone. Maybe, just for a minute, I mean it wasn't a minute. It was long enough for me to lift up my face mask listen and I said, "Oh Jesus, what the hell's going on? So am I having a stroke?" And then when I looked over at the woman and she came over at me, I said, "She can't see me." I was in the wrong place you at the wrong time.

(Church asks if he thinks he went through a type of time vortex) Yeah! (Church asks if anything else changed, like the age of the cars) No, absolutely nothing visually changed whatsoever as fast as it started that's how fast it stopped. Like throwing a light switch, there was noise all around me again and everything. I got off about four exits further down where I was going. I said, I gotta think about this. The only thing I could come up with was I drove into something somewhere. Fortunately I came out of it and I wasn't stuck in the damn thing. I mean my hearings good, my eyesight's good. I'm telling it was like a light switch all of a sudden all the ambient noise was gone.”

Winged Humanoid on the Roof

“September 1990, near Greensboro, NC: About 11pm I heard and felt a thud on the roof of my house. I walk slowly through the house toward the front door. I can hear heavy, scratching, clawed steps being taken along the roof, as if following my own. I open the front door and hear something above that sounds almost like a high pitch wheezing, kind of like a low, muffled scream. I wasn't about to leave the protection of my doorway to look up there. I saw, as it flew away over the streetlights, that it had large wings and long, thin, somewhat human looking legs. The house had to be roofed where it's taloned footsteps tore the shingles. The roofers asked what kind of tree had fell on my roof. I just said, "the tall and skinny kind". I got the feeling what they saw on that roof made them wonder what had really happened. I also had the feeling they had seen such "odd" damage before. I don't know, maybe I was just paranoid still. I had never heard of the Mothman until a couple years after this experience, but once I did, I wondered... still do."

Amid the solar eclipse's hype, which will bring millions of visitors to dozens of events happening across the state this month, here's one thing you probably haven't prepared for: a supernatural encounter.

Luckily, several government agencies have been ahead of the game, already highlighting on social media the possibility of paranormal activity as the sky goes dark mid-afternoon on Aug. 21.

And with the Carolinas' history of "Lizard Man" and "Bigfoot" sightings, residents should be aware of the possibilities.

At least the South Carolina Emergency Management Division thinks so. 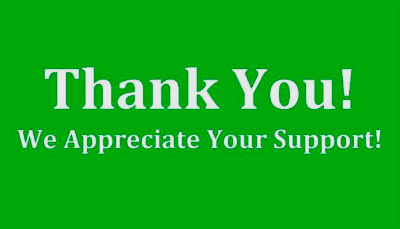 Hey folks...any support that you can offer would be most appreciated. I won't go into details, and I know you're tired of reading my pleas, but there are a few concerns that need to be addressed that would affect me writing the blog and newsletter. You can use one of the donation buttons on the blog or newsletter, or go to Paypal.com and use my email [email protected] as the payee. Thanks for being there for me and for your support. Lon
Please help support
'Phantoms and Monsters'
Thanks!
**********

Vanished in Paradise: The Strange Disappearance of Jim Thompson

Trust in Christ – not in horoscopes, Pope Francis says

The Mysterious Case of the Arkansas Train Deaths

Mysterious People Who Drove off the Face of the Earth


Area 51: An Uncensored History of America's Top Secret Military Base

The Dulce Wars: Underground Alien Bases and the Battle for Planet Earth

Hidden in Plain Sight: Beyond the X-Files