Daily 2 Cents: Stuart Whitman's ET Encounter -- 'Aliens exist and they will come for us' -- 'Fur' Your Eyes Only 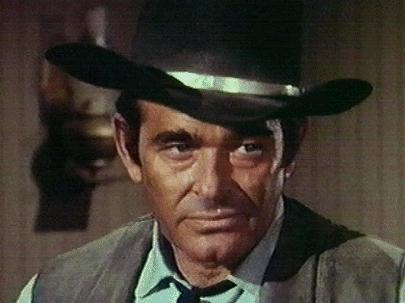 A widespread power failure blacked out New York City and much of the northeastern United States late on the afternoon of November 10, 1965. By dawn of the following day, power still had not been restored. Movie and television actor Stuart Whitman, who was staying in a Manhattan hotel, heard a “sound like a whippoorwill whistling outside my twelfth story window.” When he stepped to the window, he was startled, so he told Hollywood reporter Vernon Scott two months later, to see two UFOs hovering nearby. According to his account;

“One of them was orange, and the other was blue. They gave off a strange luminescent light, so I couldn’t see if there were portholes or who was in them. Then I heard them speaking to me as if they were on a loudspeaker. They spoke to me in English. It may not have been audible to anyone else. They said they wanted to talk to me because I appeared to have no malice or hate. They said they were fearful of earth because Earthlings were messing around with unknown quantities and might disrupt the balance of the universe or their planet.

The people in the UFO said the blackout was just a little demonstration of their power and that they could do a lot more with almost no effort. It served as a warning. They said they could stop our whole planet from functioning. They asked me to do what I could to fight malice, prejudice, and hate on Earth, and then they took off. I couldn’t say how big the objects were, but when they took off I felt elated. I wasn’t even shocked. And I know I wasn’t asleep because I was standing by the window and wide awake the entire time. I don’t know why they picked me as a contact. But I’ll swear on a Bible that I saw them out there and that they talked to me.”

Whitman insisted that he had not been drinking. Scott, who thought the story was absurd, nonetheless acknowledged that Whitman seemed sincere. It was not, after all, the sort of tale likely to advance his career. He never spoke publicly of the incident again.

'Aliens exist and they will come for us'

Film director Ridley Scott has revealed he is convinced that aliens are really out there - and one day they will come for us.

The veteran filmmaker is preparing to release the sixth film in the Alien sci-fi horror series, Alien: Covenant, next month.

He said: "I believe in superior beings. I think it is certainly likely.

"An expert I was talking to at NASA said to me 'have you ever looked in the sky at night? You mean to tell me we are it?' That's ridiculous.

"The experts have now put a number on it having assessed what is out there. They say that there are between 100 and 200 entities that could be having a similar evolution to us right now.

"So when you see a big thing in the sky, run for it. Because they are a lot smarter than we are, and if you are stupid enough to challenge them you will be taken out in three seconds." Read more at Ridley Scott: Aliens exist and they will come for us 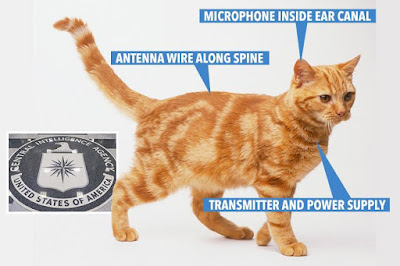 'Fur' Your Eyes Only

CIA spooks tried to spy on Soviet Russia using cats implanted with microphones under their skin.

Declassified docs show how spy chiefs praised “pioneering” scientists for slitting open moggies and stitching in electronic hardware to uncover their enemies’ secrets. Read more at CIA ‘implanted microphones into CATS’ in a bizarre attempt to spy on Russia


Waking Up: A Guide to Spirituality Without Religion

The Power of Now: A Guide to Spiritual Enlightenment

The Untethered Soul: The Journey Beyond Yourself

The Book of Stones, Revised Edition: Who They Are and What They Teach

The Chakra Bible: The Definitive Guide to Working with Chakras

Daily 2 Cents: Stuart Whitman's ET Encounter -- 'Aliens exist and they will come for us' -- 'Fur' Your Eyes Only