UKRAINE: G7 - Attacks on Innocent Civilians Constitute a War Crime - Analysis
Posted By: GEO´ Newsteam - Gibraltar
Analysis By: Iain Fraser - Consultant Geopolitical Editor
GEOPoliticalMatters.com
Russian strike on shopping centre a war crime - G7 leaders
Firefighters and soldiers searched on Tuesday for survivors in the rubble of a shopping mall in central Ukraine after a Russian Missile Strike killed at least 18 people in an attack condemned by the United Nations and the West.

At least 18 people have been killed in a Russian missile strike on a shopping centre in the Ukrainian city of Kremenchuk. Over 1,000 civilians were believed to have been inside at the time of the strike.

This appears to have been a deliberate attack by Russia not on the Ukraine military but the Ukraine people, either that, or Putin has lost control of his military machine which observers and commentators know is a non-starter.
The timing of the atrocity was no accident - Putin has timed this to coincide with the leaders of the G7 who are currently meeting in Germany. The leaders of the 7 richest countries unilaterally condemned the attack as "abominable".
In a joint statement the G7 leaders said "Indiscriminate attacks on innocent civilians constitute a war crime," "Russian President Putin and those responsible will be held to account" while Ukraine's President Zelensky described the attack as one of the "most brazen terrorist acts in European history". Zelensky went on to say that the mall had no strategic value to Russia and posed no danger to its forces "only the attempt of people to live a normal life, which so angers the occupiers".
United Nations Spokesperson, Stéphane Dujarric, told correspondents at the daily briefing in New York that although casualties still had to be verified, “whatever the number is any attack that hits a shopping mall, is utterly deplorable.”
“Any sort of civilian infrastructure, which includes obviously shopping malls, and civilians, should never ever be targeted”, he added.
Mr. Dujarric said there had been “disturbing reports of a new wave of airstrikes and shelling over the weekend and again today, with civilians having been killed or injured. Homes, health facilities and other civilian infrastructure were reportedly damaged.” Learn More - Register Free to receive our full analysis direct to your inbox or smart device. 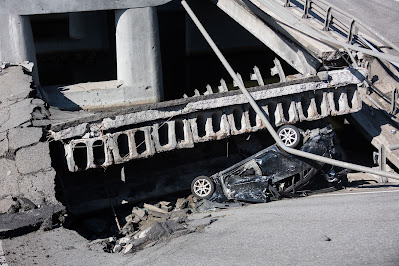 Brittney Griner's Cannabis Charges In…
An Act of God?
These mistakes can ruin your career!
The Prepared Vehicle – Sanitation – K…


This post first appeared on GeoPoliticalMatters, please read the originial post: here
People also like
Brittney Griner's Cannabis Charges In Russia: What's Next For The WNBA Star?
An Act of God?
These mistakes can ruin your career!
The Prepared Vehicle – Sanitation – Keeping Clean, Uncluttered, and Prepared for Emergencies