UK ECONOMY: Britain edging closer toward a closed economy - Analysis
Posted By GEO´ Newsteam - Gibraltar
GEOPoliticalMatters.com
REUTERS  have reported that Brexit has made the UK a more Closed Economy according to a new study compiled by the revered Economics Professor Swati Dhingra Associate Professor of the LSE together with researchers from the Resolution Foundation think tank. Incidentally Professor is due to join the Bank of England's Monetary Policy Committee in August
The study forecasts that with this stance there are long-term implications for productivity and wages which will leave the average worker 540€ a year poorer by the end of the decade, a study forecast on Wednesday.

New post-Brexit trade rules which took effect in January 2021 did not lead to a persistent fall in British trade with the EU compared with the rest of the world, the researchers said, in contrast to many analysts' earlier expectations however the COVID-19 pandemic, which struck just after Britain left the European Union in January 2020, has complicated the task of analysing the impact of Brexit.
If you then factor in inflation which has hit a 40 year record high of 9.1% last month alone, worryingly Britain has the highest in the G7 Group of Seven countries, highlighting the severity of the cost-of-living crunch on the overall UK economy.
Source: Reuters 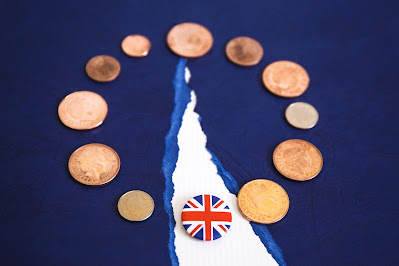