UKRAINE: China becomes Russia´s biggest oil client - GEO´ Analysis
By GEO´ Newsteam - Gibraltar
GEOPoliticalMatters.com
China and Russia recently declared their friendship had "no limits".
The BBC has reported that China has become Russia´s Biggest Oil client after the pariah state sold discounted crude to Beijing amid sanctions over the Ukraine war.
Exports of Russian oil rose by 55% year-on-year displacing Saudi Arabia who had been China's biggest provider despite a post-Covid slump in demand and slowing global economies.
According to data from the Chinese General Administration of Customs the imports into China including supplies pumped through the East Siberia Pacific Ocean pipeline together with shipments by sea, totaled almost 8.42m tonnes last month alone, pushing Saudi Arabia into second place with 7.82m tonnes.
Analysts have confirmed that the Chinese state refining giant Sinopec and state-run Zhenhua Oil, have increased their purchases of Russian crude in recent months after being offered heavy discounts as buyers in Europe and the US shunned Russian energy in line with sanctions over its war on Ukraine. Learn More/... Click Here to receive our Full Analysis direct to your inbox or smart device 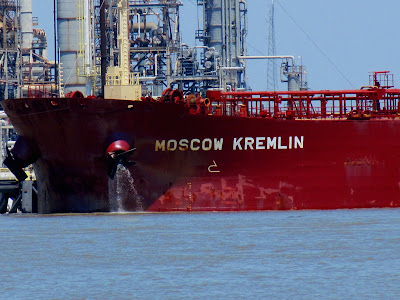 
This post first appeared on GeoPoliticalMatters, please read the originial post: here
People also like
Russia’s Shuckworm cyber group launching ongoing attacks on Ukraine
How To Help Your Husband Get On Board With Prepping – Part 2
5 Celebrities Who Use CBD To Stay Calm And Relaxed
How to Take Proper Care of Your Teeth
Essential Oils