UKRAINE: Atlantic Council - Proxy war or not, Ukraine shows why moral hazards matter
By C.Anthony Pfaff - Syndicated By GEO´ PRWire
GEOPoliticalMatters.com/PRWire
In this latest post for the Atlantic Council´s New Atlanticist, Research Professor for the Military Profession C.Anthony Pfaff has produced a thought provoking piece examining whether Proxy War or not that the illegal Invasion of Ukraine by Russia  has demonstrated why Moral Hazards still matter.
In late April, Russian Foreign Minister Sergei Lavrov accused NATO of waging a “proxy” war against Russia by supporting Ukraine as it defended itself from a Kremlin invasion. “War means war,” he said ominously, implying that the Alliance is stoking Ukraine’s resistance to advance its own interests.
It is easy to dismiss Lavrov’s claim as another product of Kremlin myth-making, and in reality, Ukraine’s status as a proxy for the United States and NATO may be a matter of interpretation. Yet there is a kernel of truth to it: The Alliance is now engaged in a Cold War-style engagement with Moscow, in which both NATO and its Ukrainian partner risk pursuing their interests possibly at the unjust expense of each other.
That the United States’, much less NATO’s, military support for Kyiv raises ethical concerns is no surprise; states rarely provide military assistance to other parties unless their interests are also served. But even well-intentioned pursuits—in this case, helping a strategic ally beat back a stronger aggressor—can end poorly. The more their otherwise shared interests diverge, the higher the risk of failure for both the sponsor and the sponsored. Even when those interests are well-aligned, assistance (especially of the lethal variety) can create moral hazards that may render otherwise just causes too dangerous to pursue.
So whether the United States and its NATO partners are in a textbook proxy relationship with Ukraine matters less than the potential consequences if that relationship isn’t properly managed. Both parties should pay close attention to these possible perils—if not out of a commitment to the values associated with the liberal international order, then at least to deny Russia a narrative that can make its cause seem more legitimate.
The politics of proxy wars
One state providing military support to another does not itself establish a proxy relationship, even if the beneficiary is at war. It is when a sponsor is able to achieve its own goals “by, with, and through” the efforts of the sponsored party that elements of such a relationship emerge. Simply put: Proxy wars allow a sponsor country or entity to more easily achieve goals without committing its own forces directly to the conflict. It does not matter that the interests are shared between the two parties—but that the sponsor would have that interest independent of the relationship. Learn More/... 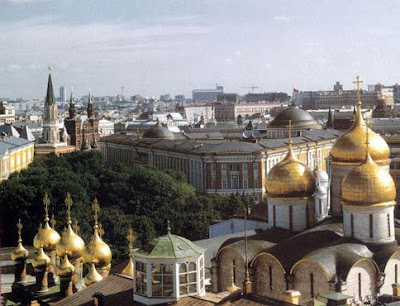 About Atlantic Council
Driven by our mission of “shaping the global future together,” the Atlantic Council is a nonpartisan organization that galvanizes US leadership and engagement in the world, in partnership with allies and partners, to shape solutions to global challenges. Learn More/...
About GEO´ PRWire Channel
Our PR Wire Channel Management Team provide direct, immediate, highly cost-effective access to our entire Geopolitical contacts network including our proprietary userbase of 132k individually named & profiled Clevel influencers and policy makers, across the Banking & Finance, Insurance, Manufacturing, Technology, Aviation and Maritime industries as well as NGO's and Government Departments Worldwide. A recent userbase survey revealed that they have a collective annual spending power in excess of €370 million.
We deliver just over 148k Geopolitical news emails every day across our entire Userbase as well as  our media base of 28k subscribing Geo-centric Editors, Journalists, Influencers & Bloggers. We further post extensively via our Web 2.0 Network affording us a further reach of 36k subscribers across all the Leading Article, Knowledge & Bookmarking Sites Globally. Learn More/...
Image Credit: Vincenzo Cardone Under CC 3.0