UKRAINE: Russia is not squeaky clean it is what it is - Lavrov UKRAINE: Russia is not squeaky clean it is what it is - Lavrov
Posted By GEO´ Newsteam - Gibraltar
GEOPoliticalMatters.com
In an exclusive interview Russia Foreign Minister, Sergey Lavrov unexpectantly agreed to be interviewed by the BBCs Russia Editor, Steve Rosenberg about his country´s illegal invasion of Ukraine.
For those who watched the interview which in my opinion was a ten on the cringe scale as the Russian Minister struggled to continually reframe the question to suit himself and his party line.
Since the Russian army attacked Ukraine nearly four months ago, thousands of civilians have been killed and whole towns reduced to rubble, while millions of Ukrainians have fled their homes.
However the stony faced Russian maintained that Russia "didn´t invade Ukraine" he told Rosenberg that "We declared a special military operation because we had absolutely no other way of explaining to the West that dragging Ukraine into NATO was a criminal act."
He went on with the official Kremlin line that there were Nazis in Ukraine and the Russian military was simply "de-Nazifying" the country. He went on to say that "Russia is not squeaky clean. Russia is what it is. And we are not ashamed of showing who we are."  Learn More/... To Read our Analysis of the Lavrov - Rosenberg Interview Click Here to Register Free/... 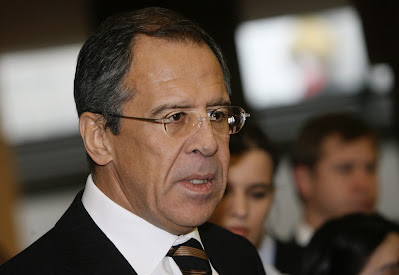 Brittney Griner's Cannabis Charges In…
10 countries who were never colonized…
Why Should You Visit Russia? 25 Cool …
RDX Sports – A Puncher’s Dream


This post first appeared on GeoPoliticalMatters, please read the originial post: here
People also like
Brittney Griner's Cannabis Charges In Russia: What's Next For The WNBA Star?
10 countries who were never colonized by Europeans
Why Should You Visit Russia? 25 Cool Things to do, Where to Stay, Things You Need to Know & MORE
RDX Sports – A Puncher’s Dream

UKRAINE: Russia is not squeaky clean it is what it is - Lavrov