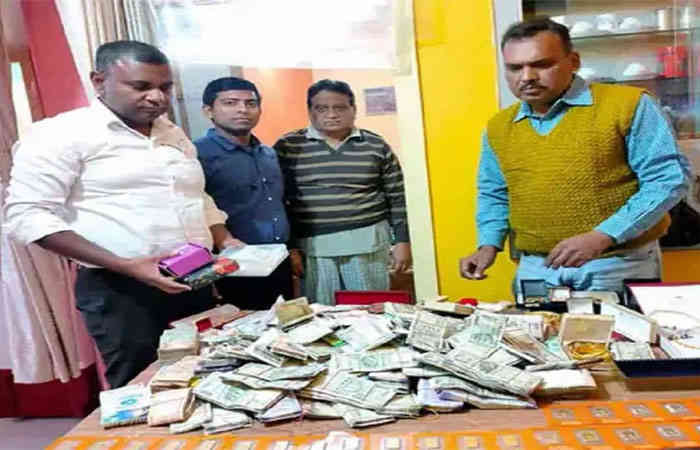 In Punjab, the chief engineer was robbed of Rs. 6.70 crore in cash

Patna: The ED had raided Punjab's chief engineer in connection with a corruption case in Punjab, during which Rs 6.70 crore was recovered from five lockers of the officials. The ED raided the house of Chief Engineer Surinder Pal and his associates. Not only Bihar but also other states were raided by the ED.

The house of OSD of Bihar Mining Minister Janak Ram was raided by SVU, OSD Mrityunjay Kumar is an officer of Bihar Administrative Service. His brother Dhananjay Kumar and female friend Ratna Chatterjee are also on the radar. From him, the SVU team has got information about the assets of millions. Rs 30 lakh cash was recovered from Ratna Chatterjee's house in Araria. Gold biscuits were also found in his house.

Illegal trade is also suspected. Among the illegal assets seized were documents of 3,000 square feet of land worth Rs 32 lakh near Loyla School in Patna. There is also a shop named after Ratna Chatterjee in Planet Mall, Siliguri.

Information has also been received about a flat in Siliguri which is valued at Rs 33 lakh. 30 gold biscuits, 45 lakh jewelery, 33 lakh flat, 32 lakh land.