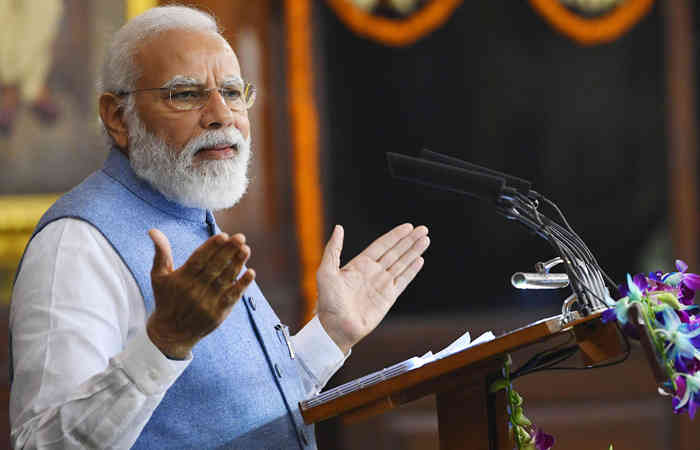 Constitution Day is being celebrated on Friday under the Amrut Mahotsav of Independence. On the occasion, in the Central Hall of Parliament, Prime Minister Narendra Modi lashed out at several opposition Parties, including the Congress, on the issue of 'familism in politics' and surrounded all parties on the issue of corruption without naming Lalu Yadav. On the other hand, 14 parties, including the Congress and the Trinamool Congress, boycotted the program in protest of the central government's celebration of Constitution Day. The BJP called it an insult to Baba Saheb Ambedkar. 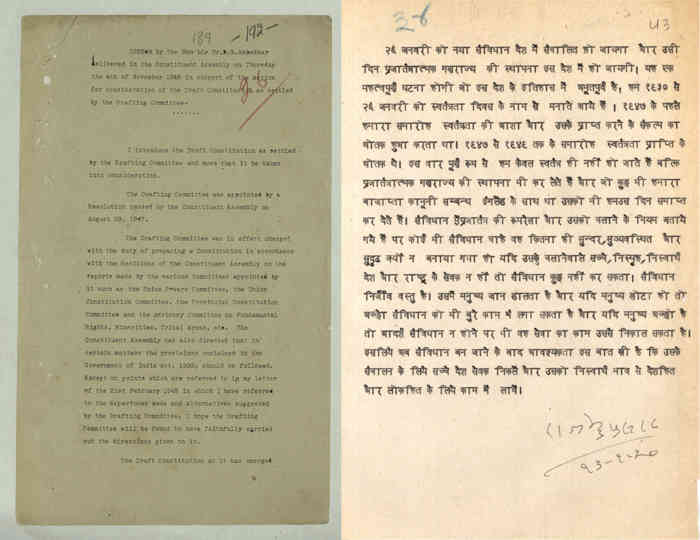 Prime Minister Narendra Modi said that when political parties lose their democratic character in themselves, the spirit of the Constitution is hurt and every article of the Constitution is also hurt. He questioned how the parties which have lost their democratic character can protect democracy. The Prime Minister also lashed out at several opposition parties, including the Congress, for its support of familism in politics. He said that India was heading towards a crisis which was a matter of concern to those dedicated to the Constitution. Family parties are also a concern for those who believe in democracy.

However, the Prime Minister did not consider it wrong for several members of the same family to enter politics on merit. He said that having more than one person from the same family on the basis of merit does not make the party familial. But one party is in politics from generation to generation. And their only basis is their relationship with a particular family.

Prime Minister Modi also attacked Rashtriya Janata Dal supremo Lalu Prasad Yadav on the grounds of corruption in politics. On this occasion, Prime Minister Modi said, "Does our constitution allow corruption?" Concerns arise when the judiciary, while punishing someone, continues to glorify it out of political expediency. Ignoring corruption breaks all boundaries and people start getting up and sitting with them. The youth of the country feel that it is not bad to follow the path of corruption. People accept it after a while.