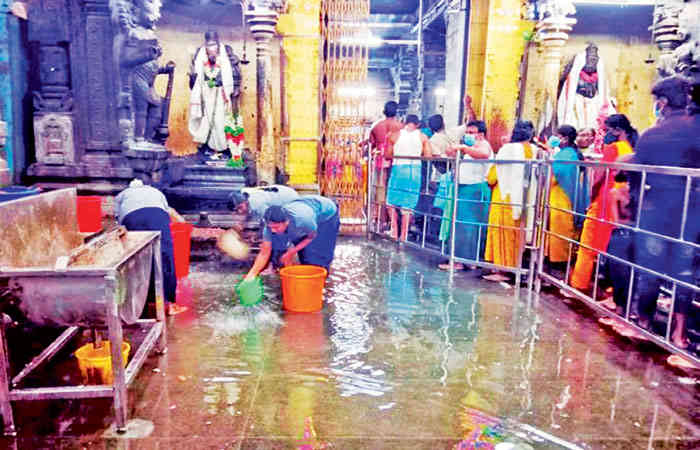 The temperature in Kashmir reached minus

Air pollution in Delhi rises instead of decreases: Air quality index reaches 406 in some places

New Delhi: On the one hand, the temperature in some parts of the country has been falling steadily and the cold snap has been on the rise. On the other hand, there are some areas where life has been disrupted due to Heavy Rains.

Heavy rains are falling in the southern Indian states including Tamil Nadu, Kerala and Pondicherry. Heavy rains have also forced the closure of schools and colleges in some cities. Apart from this, the meteorological department has also Forecast Heavy Rains in these states in the near future. Following which the administration of that state is on alert mode.

Heavy rains have started in many parts of South India at present. Pondicherry is flooded due to heavy rains. As a result, the school-college has been forced to close. So there is a similar trend in Tamil Nadu.

Holidays have also been declared in school colleges due to flooding. The meteorological department has forecast heavy rains in Tamil Nadu, Pondicherry and Karaikal from November 26 to 29. An Orange and Yellow Alert has been issued by the Meteorological Department in the state of Kerala.

On the other hand, if we talk about Kashmir, the temperature there has reached minus. Temperatures in Srinagar dropped to -1.5 C during Friday night. Reported. The minimum temperature inside Pahalgam was -3.3 degrees, -1.8 degrees in Gulmarg and -1.9 degrees in Kupwara. South Kashmir has become the coldest place in the state. On the other hand, air pollution in the capital Delhi has increased rather than decreased.

The air quality index reached 406 at some places in Delhi on Friday. Which falls into the extremely dangerous category. Air pollution in Delhi is expected to decrease from November 29. It has been argued that wind speeds will increase to reduce air pollution. In the midst of all this, water spraying is just beginning to improve air quality in the capital.