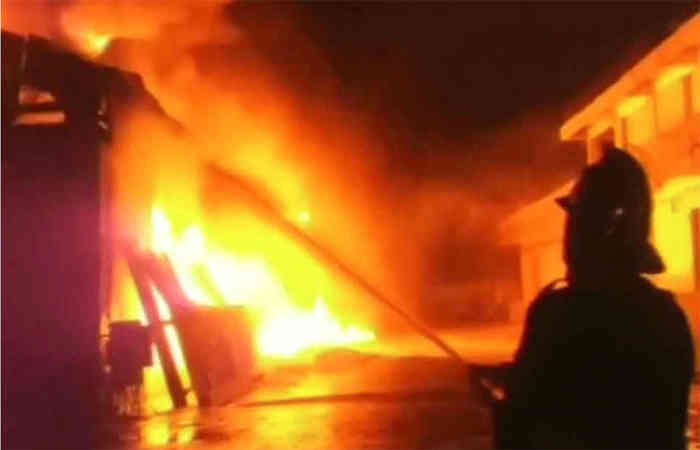 A Fire broke out on the first floor of Akashwani Bhavan on Parliament Road in the national capital Delhi. A Delhi Fire Service official said there were no reports of casualties. Upon receiving the information, the fire brigade reached the spot and soon put out the fire.

The fire was reported at about 5:57 p.m. As soon as the information was received, eight Fire Brigade Vehicles were dispatched to the spot. The fire was brought under control in a short time. The fire started from room number 101.


This post first appeared on 24x7 Breaking NEWS, please read the originial post: here
People also like
Mental Slot Review and Playtest (NoLimit City)
Easiest BEST DIY Homemade Fire Starter
Facebook Launches Bitcoin Rival ‘Diem’ – Here’s Why It Isn’t a Threat to Bitcoin
A Balanced Response to Allen Gwinn
Alternative Career Options for the Burned Out Physician
“The Friend Who May Not Seem a Friend” – The Cat and the Fire, Post 2 of 3
6 Interesting Places To Hold Your Next Corporate Function
How Do You Get Bed Bugs?