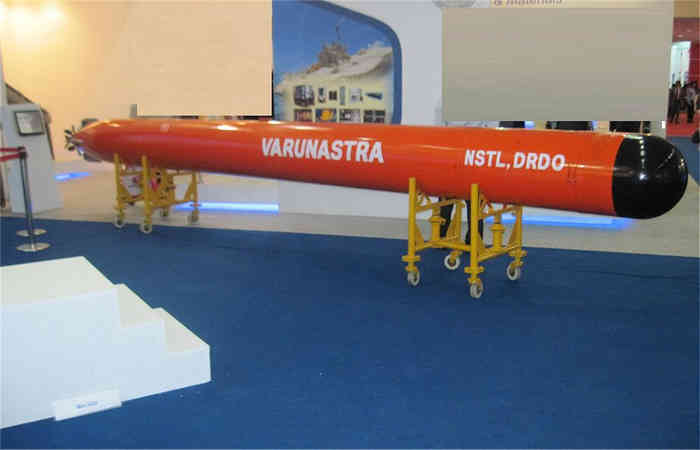 The Indian Navy's indigenous torpedo Varunastra is ready. The first batch of Varunastras has been dispatched to the Navy. The destruction of any ship or submarine up to 40 kilometers after this operation is considered certain.

Top 10 Sites to watch Telugu Movies O…
Top 10 Best Sites Like GoStream To Wa…
With GiftstoIndia24x7.com, this Raksh…
Rug Mistakes and How to Fix Them
طريقة عمل دجاج هندي

Bharat Dynamics Limited said that the first batch of heavyweight torpedo Varunastra is being introduced in the Indian Navy. On saturday

Secretary, Department of Defense Research and Development, Dr. G Satish Reddy and DRDO Chairman flagged it off at a function in Visakhapatnam, Andhra Pradesh today.

This anti-submarine torpedo named Varunastra, a GPS target detector, can penetrate its target with the help of GPS. A Varunastra weighing more than a ton can carry a warhead of up to 250 kg. Its guidance system is also advanced. India also has BrahMos supersonic anti-ship and land-attack cruise missiles.

Full indigenous torpedo varunastra will increase the strength of the navy

Varunastra torpedoes attack at a speed of 74 kilometers per hour. These indigenous torpedoes will equip Indian warships and Indus class submarines. It weighs about one and a half tons. These are 250 kg high level explosives. Transducers in Varunastra provide a larger area for this attack. This is the reason why Varunastra can attack any submarine from above or below. It has GPS locating system. Due to which this mark becomes infallible.

The Indian Navy has ordered 63 Varunastras worth Rs 1,187 crore. These include torpedoes fired from both ships and submarines. Apart from Calcutta class, Rajput class and Delhi class destroyers, Varunastra is also planned to be installed in Comorta class Corvettes and Talwar class frigates. It will also be installed in Indus series submarines.

Varunastra is a product of DRDO

Varunastra has been developed by DRDO's Indian Navy Science and Technology Laboratory. The DRDO has also been assisted in this by the National Institute of Ocean Technology. This weapon adapts to some of the conditions that arise during war.