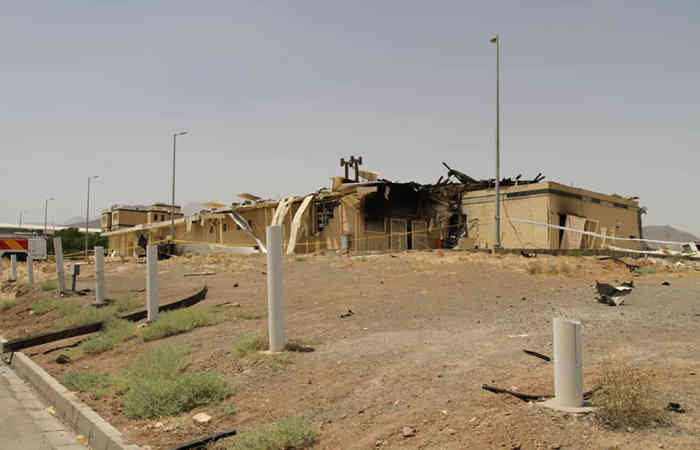 Similar tensions between China and India have erupted between Israel and Iran in the Gulf.

Israel has again embarrassed Iran by adopting a policy of answering bricks with stones. According to media reports, Israel has launched a cyber attack on Iran. It is said to be a uranium enrichment center.

Israel does not stop there. The Israeli Air Force has also come into action. The United States recently used Israeli F-35 fighter jets to attack a missile-making site in Iran's Parchin region, destroying it.

According to a Kuwaiti newspaper report, the incident took place last week. Israeli hackers have damaged Iran's Natanz uranium enrichment center with a cyber attack. The center is underground, which has now pushed back Iran's nuclear project by two months.

Israeli fighter jets have also bombed a site in Iran. Israel has already said that Iran is supplying its weapons and missiles to the anti-Israel terrorist organization Hezbollah.

However, Israel has denied the allegations in a statement issued Friday stating "Similar, baseless allegations concerning Iran's nuclear program have been made more than once. This attempt was thwarted by Israel. Iran's plan was to hack the system and increase the amount of chlorine in the water many times to prevent the water from becoming potable.